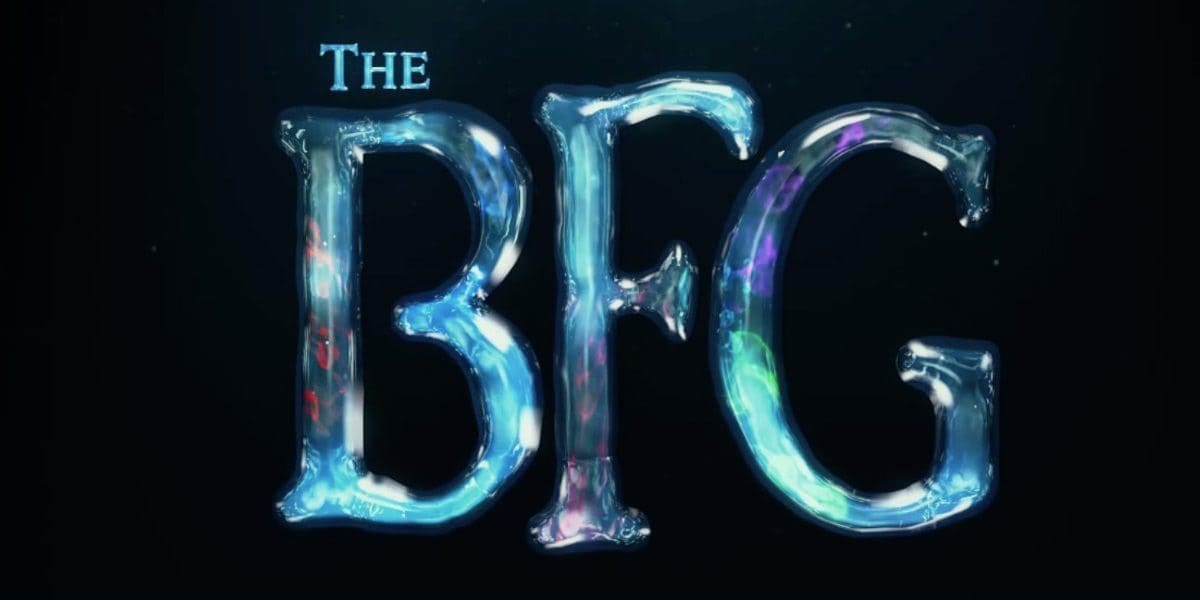 Ever since I saw the 1991 film Hook as a child, I’ve been a Stephen Spielberg fan. Now I don’t know if that was the first film that I saw that he directed, but it’s the first one that made me love his brilliant technique. Since then and until now, I’ve had the pleasure of watching every single film that he’s directed. Simply put, he’s an amazing storyteller who blends memorable visual moments with interesting and notable characters. Spielberg’s latest creation – The BFG, has him adapting the 1982 Roald Dahl children’s book into a mix of CGI and live action wonderment.

Ruby Barnhill stars as Sophie, a rambunctious pre-teen orphan who has as much life and vigor in her as a trick-or-treater on Halloween. One night while all of the other orphans are asleep, she happens to spy a giant man outside of her window. The giant (Mark Rylance) grabs her through the window and takes her all the way to a mysterious, un-explored land. While there, she encounters even bigger giants  that are very mean to the giant who took her. Soon after, Sophie and the friendly giant develop a friendship and hatch a plan to try and get rid of the bad ones.

Even though I loved Mark Rylance’s performance in Bridge of Spies, for this film I think that he may be a bit miscast. I feel that this is also true when it comes to Ruby Barnhill’s performance. Both actors do a very good job but Rylance comes across as completely exhausted the entire film and Barnhill’s energetic peppiness becomes unbearably over-the-top at a certain point. My main issue is that neither character meets in the middle at any moment within the film. If they had done this, then maybe their chemistry would feel much more real and not so artificial.

For the story overall, I felt that it was a bit lackluster. While it added a new dream component that I hadn’t seen before, that’s about the only thing that I felt was a fresh addition to this kind of story. It still has a unique charm and an immense amount of charisma (just like every other Spielberg film) but ultimately that can’t save it from being fairly bland. My other gripe would have to be with the blending of CGI and live action. A very high percentage of the film is completely CGI and due to the somewhat cartoonish style of it, the real-life elements tend to stand out in a very unpleasant way. Now if the entire film was completely computer animated then this would obviously be a completely non-issue.

As a huge Spielberg fan, I felt that he somewhat dropped the ball on this project. Now it’s not completely his fault – I blame the source material as well, but nonetheless I just didn’t enjoy the film. Even given the fact that its audience is primarily aimed towards children, Hook has that same target and is still able to astonish a grown up adult nearly 25 years later. So if you’re thinking about giving The BFG a chance just know that it may be more of a flash in the pan than you were expecting.

Synopsis: A big friendly giant befriends an orphan girl and they team up to take on a group of big, mean giants.