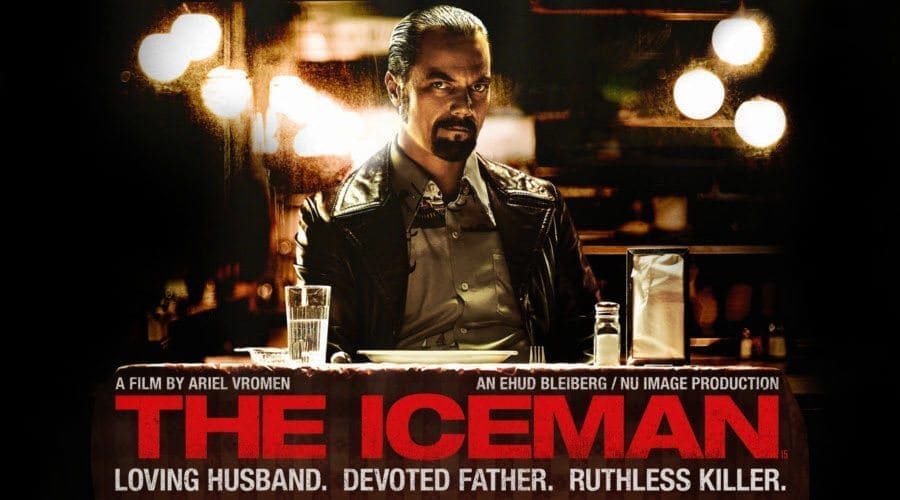 Ever since I saw the 2004 Michael Mann film Collateral, I have been fascinated with the contract killer way of life. It’s definitely not a lifestyle that I would actually like to lead, but it’s one that interests me due to its abnormal nature. The fact that your job is to sneak around and kill specified targets and then get paid for doing so simply brings out that inner devil that all of us keep inside. It is human nature to destroy one another; whether it be large-scale wars or simple one on one fights to the death, we are creatures pre-programmed for violence. The majority of humans are able to suppress violent tendencies, but in the case of Ariel Vromen’s film The Iceman, which is based on the life of Richard Kuklinski, one man is able to use those tendencies as a career.

One of the most overlooked actors of recent years is Michael Shannon. He has played some minor roles in major films such as Pearl Harbor, Revolutionary Road, and The Runaways. As of late, he has gained much more notoriety due his tough yet appealing demeanor. He is one of those actors that once you see and hear him, you’ll instantly remember him, yet you probably don’t know his name. Shannon plays the lead role of Richard Kuklinski, a notorious contract killer who executed over 100 people in his 30 year hitman career. Throughout the entirety of the film, Shannon is able to extract a haunting and chilling performance that will leave a lasting impression in your mind. From his deep and poignant killer stare, to his unflinching to-the-point brooding voice, one cannot help but be frightened if you were to ever meet the character in person. Shannon’s performance is so on the mark, it’s hard not to draw direct comparisons to Anthony Hopkins’ portrayal of Hannibal Lecter in The Silence of the Lambs. Apart from Shannon, the film features an all-star cast led by Winona Ryder as Kuklinski’s wife, Ray Liotta as his employer, David Schwimmer as a mob enforcer, and Chris Evans as another contract killer. Even though the majority of screen time is devoted to Shannon, almost all of the side characters get their necessary time to shine and do so with lively and memorable vigor. An almost unrecognizable Chris Evans steals some of Shannon’s thunder playing a more happy-go-lucky hitman that rides around in an ice cream truck and serves treats to children when he isn’t taking out a target.

The film looks and sounds beautiful overall. The brownish-yellow hue coats the film nicely and serves to help set it within the correct 1960’s to 1980’s time period. Shots are purposefully produced and framed within the context of the action and help the viewer to feel the tension that Shannon’s performance gives off. Dialogue is clear and engrossing and sound effects are used to great and pleasing effect. In comparison to more avant-garde film styles nowadays, The Iceman brings you back to an era where films took their time and used shots much more decisively and thoughtfully.

It’s hard for me to hold back from giving more detail within this review, but I am compelled not to by how absolutely remarkable this film is. Even though this is a true story of a brutal murderer that you can read about online, it is also a must-see performance by Michael Shannon that could be somewhat ruined by plot spoilers, which I may accidentally divulge. Nevertheless, if you are looking for a smart, character-driven film that you will unquestionably enjoy, The Iceman is guaranteed not to leave you in the cold.

Synopsis: The true story of Richard Kuklinski, a contract killer who managed to keep his profession a secret from family and friends for nearly 30 years.