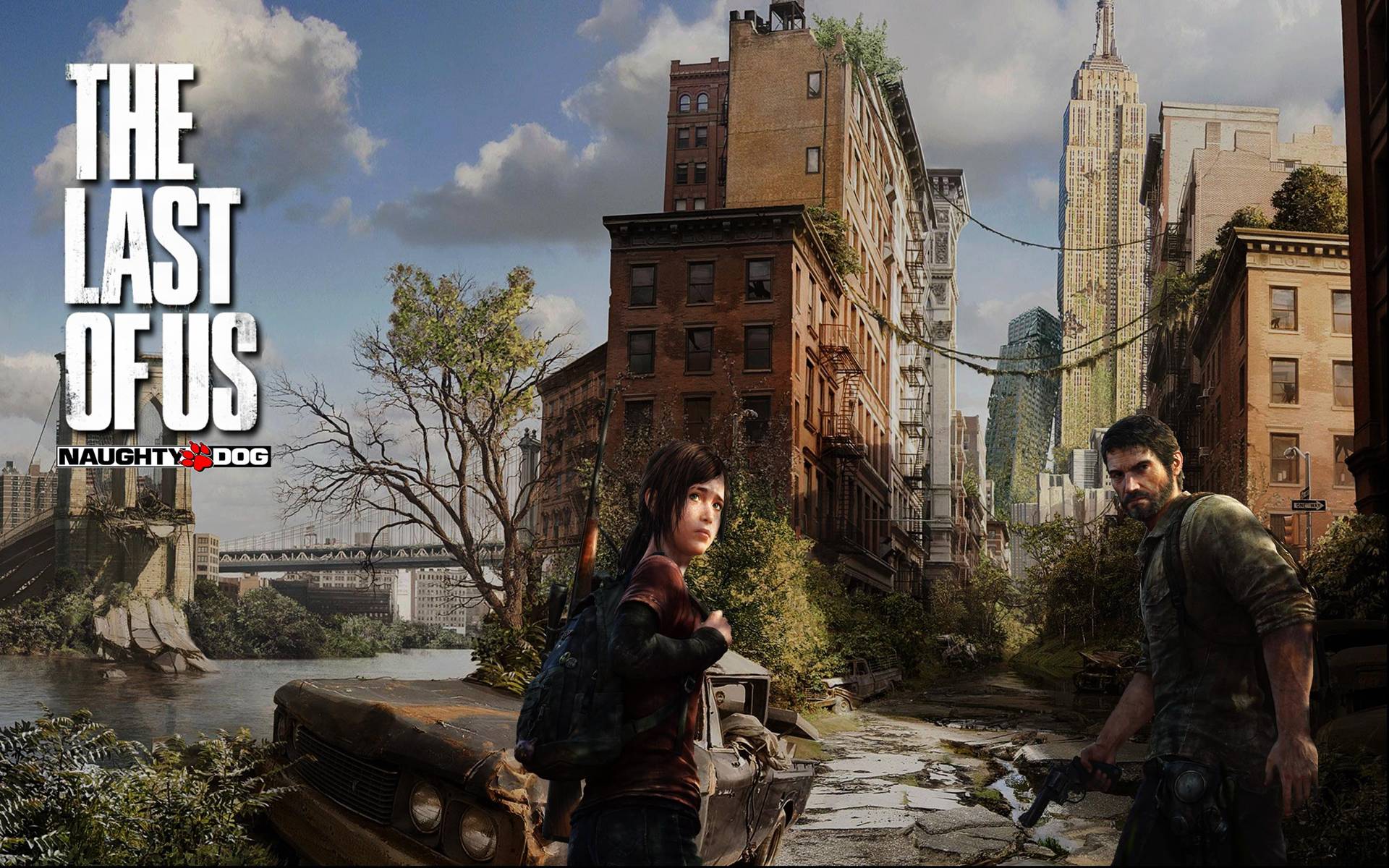 Naughty Dog’s The Last of Us had extremely high hopes and expectations before it was released and it somehow managed to far surpass most anybody’s idea of what a good game is. It set a new standard. The Last of Us is not your typical post-apocalyptic world filled with zombies. There is so much more going on, and it manages to go so much deeper than any other zombie game.

The first fifteen minutes of the game will flat out shock and immerse you into the world. When you start the game, you first see Sarah who is a daughter of single father Joel. Joel gets home late from work; Sarah waits up for him because it’s his birthday. She proceeds to give him his birthday present and then goes to sleep. Sarah then wakes up and realizes she can’t find her father. The news is on and there is word of a wide spread infection which mutates humans into flesh eating rabid monsters. Sarah finally finds her father, and they, along with Joel’s brother Tommy, attempt to flee the city. I think from here the game is going to be about these three trying to live in a world with zombies, which I would have been fine with. However when they are attempting to leave, soldiers will not let them. One soldier shoots at Joel and Sarah and I think, “Oh wow they just killed her Dad; that’s messed up.” However the camera pans down and you see that Sarah has been shot and killed. What a way to start the game!

The rest of the game picks up 20 years later in a new world and civilization. I did not like this at first, as I was set on Joel and his daughter trying to survive this world, not pick up 20 years later. However Joel, along with other characters you meet later trying to live in this world, make this game so much deeper and stronger than other “zombie games”. But wow, just sitting back and watching the first part of the game and how the outbreak starts is astonishing. It is amazing how well the voice acting was, how well the atmosphere was created, and how scary it would be to live in this world. This set the tone for how excellent the rest of the game was destined to be.

So As I said, the game actually takes place in 2033, 20 years after the outbreak of the infection. Early in the game, Joel makes a business arrangement to transport a young girl, Ellie, across the country. Ellie and Joel develop this father-daughter relationship, as both of them fight to survive in this wasteland of a world together. There are remnants of the government we know now, but most of the people are divided into factions, whether it be the Hunters, or the Fireflies. The one thing that does unite the people is their fight against the infected. Each person that becomes infected is one less person you have fighting on your side.

There are so many features in The Last of Us that set it apart from all others to help make it great. Number one being the enemies you face in the game. There are human adversaries that work together to find and kill you, and the zombies or “infected” that you encounter, attack you with reckless abandon. The soldiers that you face are relatively smart and tough, but the infected… whoa man! They are the toughest zombies you will face in a zombie game, in my opinion. There are Runners that can see and charge at you when you come near, however they can be taken out by firearms, and melee attacks. However, it’s the Clickers that you really have to worry about. Clickers have this nasty old fungus growing on them that makes it so they can’t see, however if you walk past them or make any noise, they will find you and kill you in one bite. What makes them tough is you can’t use melee attacks on them. You can shoot them, sneak up quietly on them, and shiv them… that’s it. You can find interactive items around to aid you in killing the Clickers and Runners. There are bottles and bricks that are laid about in the world that you can pick up and throw to distract the infected, as you either sneak past or up to, to kill them. Another feature that I thought was a great addition was Joel’s super listening ability. If you hit R2, Joel leans over and can hear what is going on in the next room. This works a bit like Batman’s detective mode in the Arkham games, but it’s extremely helpful in telling how many infected are near you.

Although the enemies that you face are very tough, I think that the hardest aspect of the game is resource management. The scary thing about the game is how few bullets you have. You have to use your shots wisely if you don’t have the best aim like myself and sometimes miss head-shots. I often found myself going in and using fisticuffs and fighting the Runners so I did not waste any bullets on them. However you can’t do that with Clickers, as they have to be shot or shived. Clickers are extremely tough, especially when there are three or four you have to kill in one area. They are tough to kill and are scary since they can kill you in one bite. There are not a lot of health packs found in the game either, so managing your health is a definite concern.

So as I said, you have limited ammo and limited health packs, but one thing that The Last of Us does to combat this, is introduce an amazing crafting system. You can find worktables in the game and upgrade your guns. When you are walking around in need of a health pack or a shiv, you can craft it. As you go through the world, you find supplies on the ground. You find things from sugar to scissors to tape, and with these, you can craft what you need. You’ll have to use these wisely, because you will never really have enough to make everything you want. Crafting is not as simple as pausing in the middle of a fight and making a health pack. You craft right on the spot with the game still going. You need to be in a safe place – not in a dire situation. This makes crafting more difficult, but realistic

This leads into perhaps my favorite aspect of the game. There is literally no HUD (heads up display). When you equip your gun and aim, yes it tells you how many bullets you have and whatnot, but when you are running around, there’s nothing. There is no map, and at times, there’s no marker for where you are supposed to go. Usually when I review games and they don’t have a map, I complain. However in The Last of Us, this immerses you into the game and really puts you into the situation that the characters are in.

I do have to admit that I was not crazy about this game having multiplayer. The single player story is so amazing that I was not sure multiplayer was necessary. However, it is fun and does add replay value. The Last of Us multiplayer has you pick between one of two Factions; the Hunters and the Fireflies. However, regardless of which faction you choose, the goal is to build your clan and have it survive. There are two modes;, Supply Raid and Survivors They are basically variations of Team Deathmatch. In Supply Raid, teams have a certain amount of re-spawns. In Survivors, each player has one life and there are no re-spawns. The game-play for multiplayer is a lot like the single player gameplay. It’s a lot of fun and adds something extra to do in the game.

I was tempted to review this game with one sentence, being “this game is amazing, go and buy it”. I can talk ’til I am blue in the face about this game, but the bottom line is that it is great and it sets the bar for what video games should strive to achieve. The Last of Us has received great reviews from nearly everyone that reviews it, and for good reason. The voice acting from Joel and Ellie is great. The graphics are as good as you’re going to get on the PS3. The gameplay mechanics and the enemies that you face are all excellent. And the multiplayer adds another layer onto the cake. There was an issue with the auto-save feature the day the game came out, but they promptly fixed this so it wasn’t a huge deal. With that said, this is by far my favorite PS3 game, and I believe the best game that has come out in years. If you haven’t already obtained The Last of Us… go get it! It’s the PS3’s last hurrah and is a great capstone for the console soon ushering in the next generation with the PS4 later this year. So go get it, play it, and love it!

Should you give STAR WARS: BATTLEFRONT a chance?