Although the 80’s was the greatest decade for many facets of pop culture, the movies of that era are beginning to look a little rough. Out-dated fashion, really awful hairstyles, and sobriety make the great films of the 80’s look dated; here are some suggestions as to how to freshen them up for a modern audience. 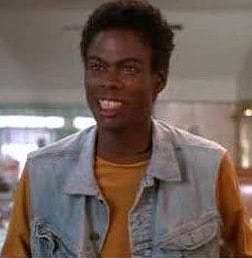 11. Modern Problems/Zapped – Both of these films involved innocents gaining telekinetic powers after an accident, so it seems natural for a crossover. Scott Baio and Chevy Chase have gone insane with power, and battle to control the Earth. In the end, they destroy each other, and we all win.

10. Superman 3 – Chris Rock would be perfect to reprise the role of the late Richard Pryor, as a computer scientist that creates a new form of Kryptonite, that splits Superman into an evil version and a more evil version. They snap each other’s necks, naturally (Yes, I am still bitter about Man of Steel. Shut up.).

9. Collision Course – In a perfect world, this forgotten action film would have made Jay Leno an action superstar, instead of a talk show host. Let’s correct that mistake with a sequel, replacing the late Pat Morita with Jackie Chan. Please go see this film, so that we can have our late night television back again.

8. Revenge of the Nerds – We can keep the plot, but set it at MIT and reverse the roles, with the tyrannical science nerds oppressing the hapless jocks. Hilarity ensues.

7. Police Academy – Steve Guttenberg could cameo as the police commissioner, teaching a new generation of police cadets the skills they need to function as law enforcement in the modern world – brutality, trampling Constitutional rights, harassing minorities, and making funny noises

6. Ice Pirates – All I remember about this film is “Space Herpes,” but that’s probably enough, it still gets a laugh

5. Heathers – On second thought, let’s not do anything to this film; it is already perfect

4. Battle Beyond the Stars – Science fiction is tough to pull off with this many characters; instead, the remake of this Roger Corman classic will be set in feudal Japan and re-imagine all of the protagonists as samurai protecting a small town.

3. Breakin’ 2: Electric Boogaloo – Let’s skip the first film and just remake the sequel. Actually, it really doesn’t matter what this film is about, it just needs to be made, because it has the most awesome title ever

1. ET – Steven Spielberg’s beloved classic may be a little too sentimental for a modern audience. Replace the adorable extra-terrestrial with a xenomorph from the Aliens series, and you have a film tailor made for the children of the 21st century.

For geeks, by geeks. That's the motto we stand by and strive to exemplify day in and day out with the content we create and the communities we work with. As we continue to grow, we hope to not only be a go-to source for news and reviews content but a hub for all things geek including merchandise, streaming content, and live news.
Contact us: [email protected]rk.net
© Geek News Network 2022
We use cookies on our website to give you the most relevant experience by remembering your preferences and repeat visits. By clicking “Accept”, you consent to the use of ALL the cookies.
Do not sell my personal information.
Cookie SettingsAccept
Manage consent