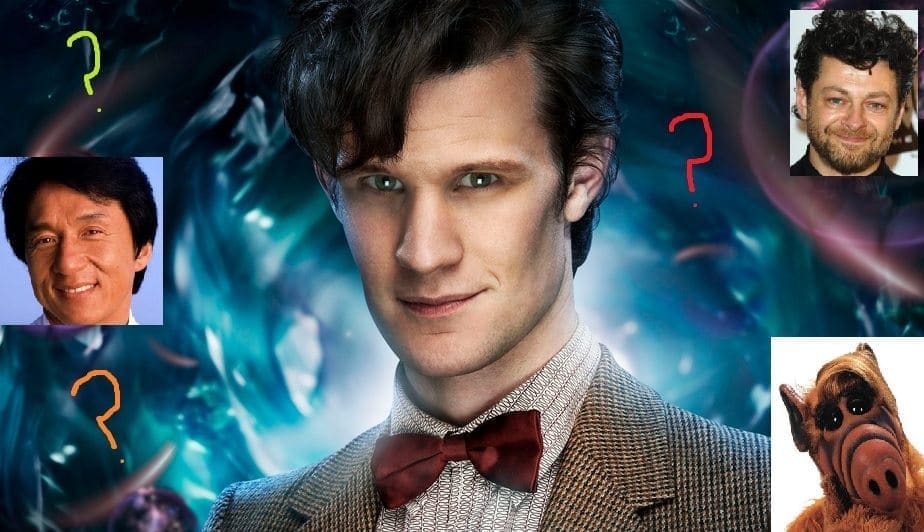 Matt Smith announced that he will be stepping down from his role as Doctor Who on Christmas. They haven’t announced his replacement yet, but here are eleven candidates to consider.

11. Sean Connery – It’s already been pretty well established that James Bond is a Timelord, so why not combine the two series? Plus, after dressing in a fez and bowtie, where else can you go but a kilt?

10. Keanu Reeves – He has experience in travelling through time in strange devices, and he’s very good with one-syllable words like “Who.” Also, he knows kung-fu.

9. Andy Sirkis – Why does the Doctor have to be a human? With this guy and some good animators, the Doctor could be a talking chimp!

8. Donald Glover – As a successful actor, rapper, producer, and comedian, he brings the range of life experience that is needed to play a Timelord. This would make a great consolation prize for him not being cast as Spider-Man.

7. Alf – Melmac isn’t that far from Gallifrey, so I’m sure he could nail the accent. Plus, as a puppet, he doesn’t need to be paid, which fits well with the BBC’s budget.

5. Jackie Chan – Jackie is one of the most entertaining actors on the planet, can do his own stunts, and doesn’t seem to have aged in 30 years.

4. Kate Upton – In almost 50 years of the series, there has never been a Sports Illustrated swimsuit model cast as the Doctor. Come on, BBC, get with the times!

3. Ricky Gervais – The entire series could be about the Doctor convincing people throughout the universe that there is no God, plus a quick trip to the Golden Globes. As an added bonus, this would mean that we would get Steve Carell in an American version that would be much more popular.

2. Stephen Hawking – He’s already a doctor, travels in a fancy vehicle, and knows more about space/time than any of the rest of us.

1. David Tennant – No one would see it coming. He could be the Grover Cleveland of Timelords!

I had so much fun writing this list, I actually came up with 22 candidates. Click here to see the 11 that were rejected!