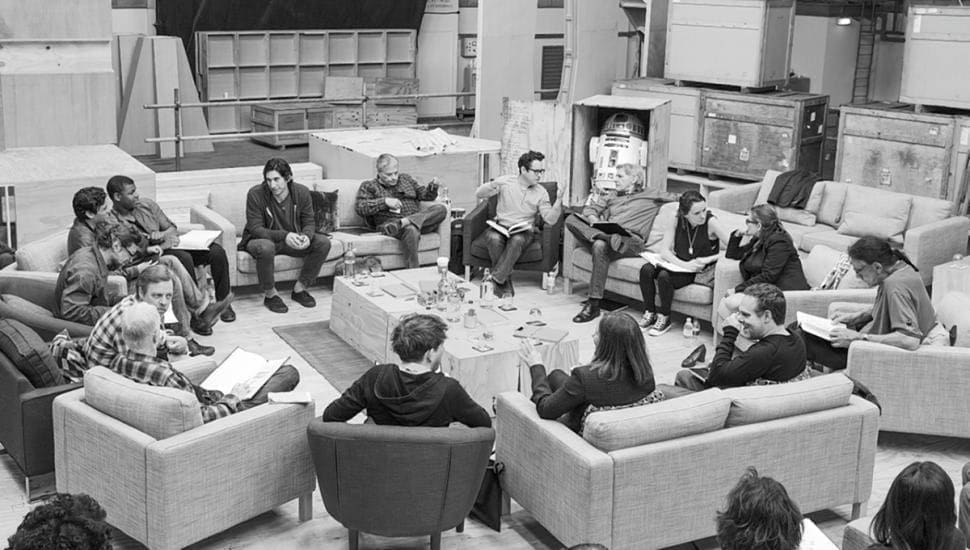 In the last month, JJ Abrams has made a series of press releases about the upcoming Star Wars VII. Most of the uproar was over the returning cast and lack of diversity in the casting of new characters, but here are 11 items that seem to have slipped through the cracks of the major nerd news organizations.

11. The spirit of Obi Wan Kenobi will be making an appearance, to be played by holographic 2Pac.

10. Disney will buy up all of the land in Florida that they don’t already own, to turn the entire state into a Star Wars branded theme park. Florida residents are not expected to notice the difference.

9. Leia and Chewbacca are now an item. Han had to learn to let the wookiee win.

7. Lando Calrissian has been recast with Chris Tucker, to bring in a younger demographic.

6. Justin Bieber will make a special cameo, encased in carbonite. Even the Hutts hate Bieber.

5. The Expanded Universe has been removed from continuity until George Lucas has an opportunity to go in and enhance it digitally.

4. Mark Hamill is not only returning as Luke Skywalker, but will also be voicing the Joker.

3. To help counteract the complaints about the lack of female characters, JJ Abrams is adding Chewbacca’s wife Malla to the cast. No word on whether Lumpy and Itchy will make an appearance.

2. The iconic John Williams score will be “re-imagined” by Skrillex.

1. The entire new trilogy will be based on Patton Oswalt’s rant from Parks & Recreation.

And I thought it was impossible to ruin Star Wars any more than George Lucas all ready had. Congrats Mr. Abrams. The more I read about this movie the more terrible it sounds.