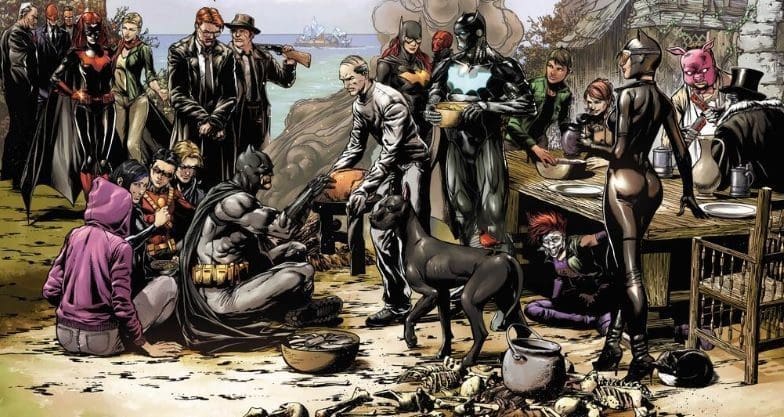 It’s that time of year again, when we take a moment to reflect on what is most important to us, and to give thanks. Here is what our favorite pop culture characters are thinking about:

11. Doctor Who is thankful for hot women who are 900 years his junior and have Distant Ancestor issues

9. Hawkeye is thankful to be in one of the top grossing films of all time, instead of being stuck on a CW show

8. James T Kirk is thankful for the Hair Club for Men. He’s not just the captain, he’s also a client

6. R2D2 is thankful that his lines have never been translated, or else Star Wars never would have gotten that PG rating

5. Dumbledore is thankful for death, so he no longer has to deal with all of those whiny bastards

4. Loki is thankful that Thanksgiving has never made its way to Asgard, because a family dinner could get awfully tense

3. Captain Hammer is thankful for his hammer. (His fist is not the hammer.)

2. Hawkman is thankful for Aquaman, so that he isn’t the lamest member of the Justice League

1. Content creators across the globe are thankful for the internet, where they can rest assured that their works will receive a level of respect and thoughtful criticism, and never just be reduced to cheap jokes in some moron’s weekly list