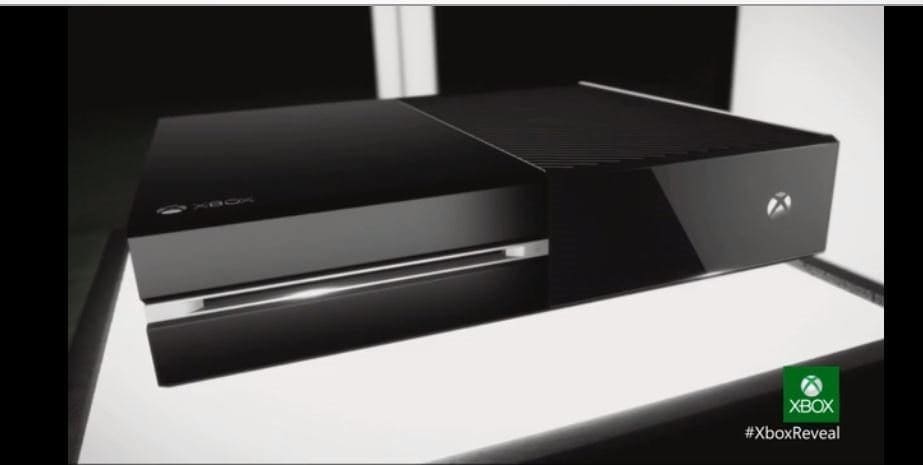 The new Xbox has been revealed and it shall be known as “Xbox One”! In my not-so humble opinion this is a far superior name to the previously discussed “Xbox 720” and “Xbox Infinity”, however, it is nowhere near as sexy as “Durango”. The latter was just a code name though, so no use getting all hot and bothered about it.

Now, just to make things clear of what to expect here. This will not be an opinion piece on what we saw, but simply some cold, hard facts on the system. Check out either our upcoming episode of GNN Gaming, or Constantly Calibrating if you like your opinions with potentially excessive swearing.

(Let’s be fair though, this is me. I will obviously give some opinions. Can’t help myself.)

The specs on the Xbox One are quite impressive, especially when compared to the previous Xbox 360. In short: 8 GB RAM, USB 3.0, Wi-Fi Direct, Blu-Ray playability (FINALLY!), 500GB HDD, 64-bit architecture. Also, it supposedly is practically silent, but let’s be fair; they all say that.

The specs are nice, even if we don’t know what the exact hardware is. The system itself is a bit boxy — some have been calling it a VCR — but that works. After all “box” is in the title. Personally, I love the sleek lines of my Xbox 360, but the boxy, TiVo-like design can be appealing.

My question now, is will there just be a single Xbox One, or will there be multiple “Ones” released at different price points?

From a purely visual discussion, the new Xbox One controller is near-identical to the Xbox 360 controller. This is of course a good thing, as the 360’s controller is arguably one of the best console controllers of all time. (I know it’s my personal favorite.) The changes obviously become apparent once we take into account the location change for the Xbox “jewel”, which is now at the top of the controller on its extension piece. The controller’s contour and shape is also different at a glance, but I can’t be sure what it feels like until someone delicately places it into my lovely hands.

We have the standard off-set analog sticks, face buttons, and direction pad. What we don’t know is what the two new buttons in place of the Start and Back buttons are. More on that when we hear it.

What you see on the left is the specs for the controller, which show off the new integrated battery compartment, impulse triggers and finally a reworked precision directional pad.

Overall, the controller is sexy as hell. Now it just comes down to what it feels like, and what is available to play using it.

In other controller news — which should surprise nobody — Microsoft has also debuted the new Kinect, which also is very box-like. The Kinect’s design is obviously meant to more closely mirror the system itself, with a sleek design making it easy to tuck in with the rest of your electronics. The Kinect itself will now feature 1080p video, with a wider field of view and better detection of joints, including wrist and shoulder rotation. They’re even claiming it can read your heartbeat, which may be the most terrifying thing I’ve ever heard in my entire life. The new Xbox UI is highly reminiscent of the current 360 design, coupled with the Windows 8 design aesthetic. The more interesting aspect of the UI however, is not in the visual representation but how the user actually interfaces with the system. You can now turn on the system, and your TV, but simply stating “Xbox, On.” When the system turns on it will remember you and what you were doing, jumping over to you previous experience.

Xbox One also allows the ability to quickly switch between inputs with a simple command. You can tell it to pull up your TV, Internet browser, games or movies on-the-fly using Kinect. They’re also introducing “Snap Mode” which allows users to multitask in new ways. You can browse the Internet on one part of your screen, while a movie plays in another. You can then use gestures to open, close and even resize this “snap points”. While a simplistic feature, I can see it coming in handy when the system launches. Then again, I’m a bit skeptical on whether everything shown was live, or pre-rendered/filmed. As long as it works as described, I’m sold.

Let’s just get this out in the open: Not a lot was shown off gaming-wise. I know that is enraging people across the Internet, but this was a console debut, not a games debut. Yes, they should have shown off more, but E3 is less than 20 days away; it makes sense they would hold a lot back. Put down your torches and pitchforks for another month; if they don’t announce and show off gameplay then, well then you’ll be allowed to burn them at the stake.

What we did get from gaming were the obvious titles: FIFA, NBA Live and the other major EA sports titles; Forza Motorsport 5; Quantum Break, a new title from Remedy Entertainment, which had the weirdest trailer of all time; and Call of Duty: Ghosts, which is a hug coup for Microsoft as it will launch on Xbox One first.

The more important aspect of the Xbox One gaming side came out today in Wired. The system will NOT be always online, but will restrict used games sales. For starters, “On the new Xbox, all game discs are installed to the HDD to play.”

Games will be tied to an Xbox Live account, so that you can’t just pass games around to friends, or resell them one would assume. If you want to link a game to more than once account, it will come with a fee:

What follows naturally from this is that each disc would have to be tied to a unique Xbox Live account, else you could take a single disc and pass it between everyone you know and copy the game over and over. Since this is clearly not going to happen, each disc must then only install for a single owner.

Microsoft did say that if a disc was used with a second account, that owner would be given the option to pay a fee and install the game from the disc, which would then mean that the new account would also own the game and could play it without the disc.

But what if a second person simply wanted to put the disc in and play the game without installing – and without paying extra? In other words, what happens to our traditional concept of a “used game”? This is a question for which Microsoft did not yet have an answer, and is surely something that game buyers (as well as renters and lenders) will want to know.

Furthermore, it looks like the always-online rumors are not fully unfounded, but will be based on the developer’s prerogative:

And what of the persistent rumors that Xbox One games will be “always online” – that is, that single-player games would require a constant online connection to function? As it turns out, those rumors were not unfounded, but the reality is not so draconian. Xbox One will give game developers the ability to create games that use Microsoft’s Azure cloud computing service, which means that they might be able to offload certain computing tasks to the cloud rather than process them on the Xbox One hardware itself. This would necessitate the game requiring a connection.

Are developers forced to create games that have these online features, and are thus not playable offline? They are not, Xbox exec Whitten said to Wired — but “I hope they do.” So the always-online future may come in incremental steps.

All-in-all this is just marketing speak at this point. More direct information will need to come out, which we will probably not hear anything more of for the time being. The news may be bleak to some, but this is far better than originally assumed strict online-only platform we were expecting.

Director Steven Spielberg is going to be working with 343 Industries on an elusive Halo television series that will be on Xbox One. Oh, did I mention that the series is going to also be live-action, akin to Halo 4: Forward Unto Dawn. Yeah, my apologies for any heart palpitations you may suddenly be feeling if this is the first you’ve heard of this. Seriously, I don’t know what else to say on the topic. THIS is what I wanted after all of the failures to bring Halo to the local cinemas. Games are far better structured for a television series, versus the restrictive and short film-structure we all love. Putting Halo into a live-action TV environment with Steven Spielberg at the helm makes my heart all-a-flutter.

There you have it, the Xbox One has been announced and I’m spent. There is no firm release date on the system, but we should be expecting it at the end of the year. We’ll update you further as details arise on the upcoming system, likely at this year’s E3.