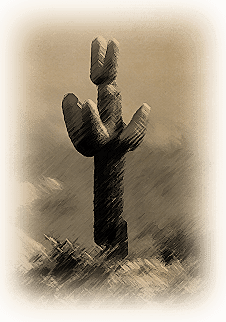 Who would win in a race between a crew of Star Wars characters and a crew of illegal immigrants?  How about South Park characters and Chinese food takeout?  A Mardi Gras float or a cruise liner?  The answers to these pressing questions might be found at the 7th Annual Phoenix Idiotarod.

The Idiotarod, sponsored by the AZ Cacophony Society, is a shopping cart race through Central Phoenix, with a twist.  32 teams of 5 people put on costumes and decorated their shopping cart along a common theme, and gathered in Margaret T Hance Park to await the start of the race.   There was a lot of smack talk, alcohol, last-minute work on the shopping carts, more booze, food fights, singing, and some drinking.  Did I mention the booze?  I haven’t seen this much drinking in public since the last time Jimmy Buffett toured through town.

The race course itself was said to be 3-5 miles long, but the details were not given to the participants before the event.  All that was known was that they would receive a clue that would direct them to a local bar, where they would receive a clue to the next checkpoint.  At each checkpoint, the participants would be held up for 20 minutes or so to rest, make any necessary repairs, and of course, get a chance for more drinking.  At the final checkpoint, awards would be handed out, and a giant after party would be thrown.

The rules, as such, are pretty lax.  Each team must consist of four people outside, the “Pushers”, and one person in the car, the “Musher.”  Every member of the team must be of legal drinking age, for obvious reasons.  Shenanigans, sabotage, and skullduggery are all encouraged, but all must be done safely and legally.  There is a rule banning the use of human or animal biological waste, which makes me wonder what happened last year.

Awards will be given out in several categories, including awards for best costumes, best cart, best bribe, and best time.  The ultimate winner will be awarded the coveted Idiotarod trophy, but really, if you are willing to decorate a shopping cart and push it through a chilly Phoenix afternoon, you’re already a winner.