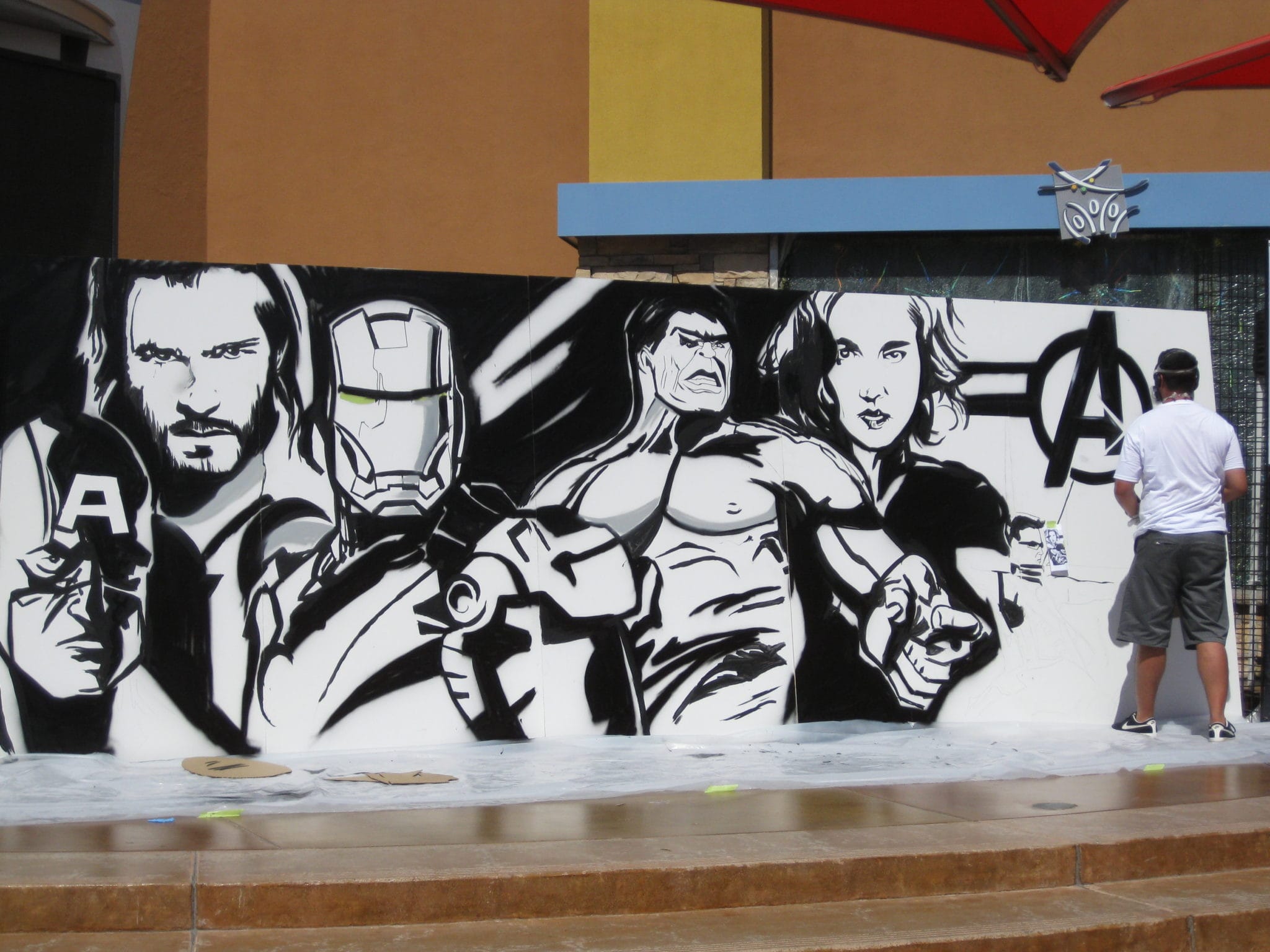 Yesterday, I fired up my warp drives and headed out to the farthest reaches of the galaxy (aka Desert Ride Marketplace) to check out the Avengers pre-release part at the AZ Pop Culture Experience.

The AZ Popular Culture Experience is a shop and museum in north Phoenix.  The store is a standard geek retail space, selling comics, action figures, and other superhero paraphernalia.   The museum shows off the owner’s extensive collection of figures and memorabilia.  There are two rooms with nothing but Star Wars figures, a Star Trek room, a separate room for Marvel and DC Comics, and a display of costumes worn in the TV shows Stargate and Caprica.  A tour guide leads you through each room, pointing out interesting items, answering questions, and quizzing the kids.

For the occasion of the Avengers DVD pre-release, there were several activities to commemorate the event.  Outside the store, on the mall’s stage. a local radio station had set up, and a local artist was painting a gigantic Avengers mural.  There were giveaways, but they were apparently all gone by the time I arrived; I did see several people with Avengers movie posters.  Several local cosplayers were also in attendance, posing for pictures.    All in all, this was a fun, family friendly event. 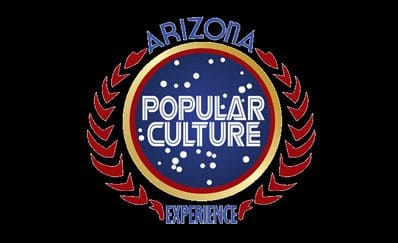 Phoenix Fan Fusion 2022: Back in Person this Memorial Day Weekend