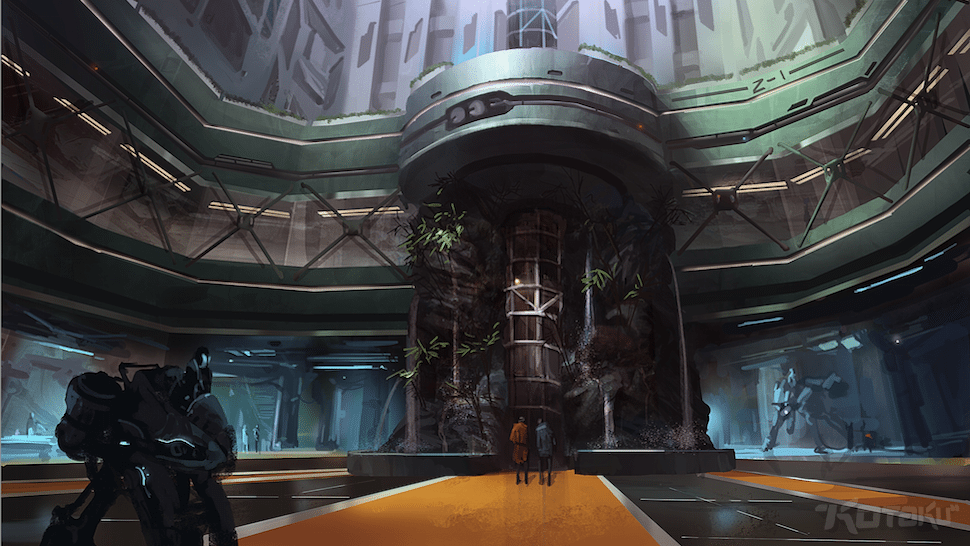 Have you ever wondered what it would be like to play a sci-fi roleplaying game built on Skyrim‘s engine, with “Radiant AI” built in? What if said game had a story based on alien invasions with time travelling undertones? Are your gaming ovaries all aflutter? Well, I have some sad news as Obsidian concepted this out in the form of Backspace, which was under development in early 2011. Alas, the game was ultimately shelved after the early prototyping stage.

Jason Schreier, writer for Kotaku did a write-up on the neither cancelled, nor greenlit title earlier today detailing information from Feargus Urquhart, CEO of Obsidian as well as from the game’s design document:

BackSpace is a single-player action-RPG set in a scifi space environment with simple elements of time travel. The combat is paced similarly to Skyrim, but slightly faster since there is no concept of blocking. The easiest way to look at it is a mix of Mass Effect, Borderlands, and System Shock 2 for gameplay and setting. Other commentary on the game includes the below quote from Schreier’s article:

It was to be developed in some sort of partnership with Bethesda, I’ve heard, and it’d use the same engine as their ridiculously-successful role-playing game Skyrim. Although Backspace wasn’t an open-world game, players would be able to travel between a number of planets as well as one large space station.

“This station is huge,” a Backspace design document reads. “It can be compared in size to The Citadel of Mass Effect [or] Babylon 5. The station has several locations devoted to diverse research fields which would allow us to have vegetation overgrowth, high-tech disasters, and mutations of science as visual themes.”

Honestly, the idea of a closed off, open-world game — such as Mass EffectSkyrim engine, with an alien menace and limited time traveling mechanics sounds fantastic.

Hopefully Backspace sees the light of day one day, even if it’s built on a different, but similar engine. If more information ever surfaces, we’ll keep you posted, but for now you should definitely check out the full posting over on Kotaku.