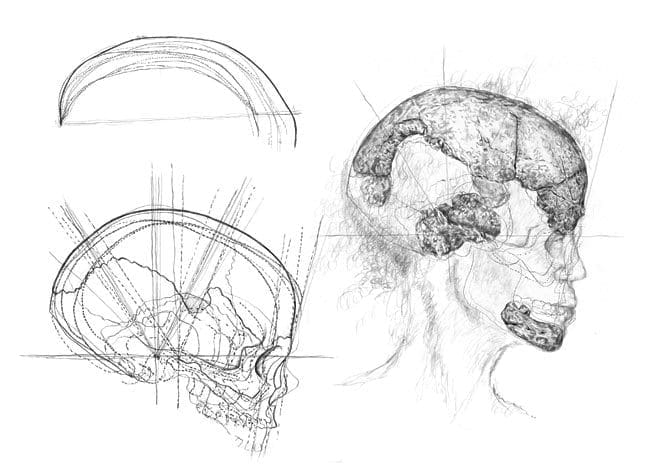 Big Brain: The Origins and Future of Human Intelligence by Gary Lynch and Richard Granger is an unfortunate read.

The book explores an important question in biology, the origin of human intelligence.  But it does so in a really, really clumsy way.  The authors frame it in terms of the Boskop Man, a fossil found in South Africa.

Parts of the book are very informative.  At times, it even makes brain anatomy interesting.  But this is fleeting.  Huge chunks of the book on biology are dry to the point of unreadability.  And that’s coming from a guy who sat through four (alright five) years of biology in college.

But the big poison pill of the book comes from the Boskop Man.  Boskop Man is a hominid, a close relative of humans.  He lived between 30,000 and 10,000 years ago.  But it had a brain much larger than modern humans.  We’re talking Close Encounters level domeage.  And Lynch and Granger assert that the brain isn’t just bigger.  It’s bigger in the regions associate with intelligence.

The problem is that Boskop’s a footnote.  It was found about a hundred years ago in 1913.  While the science fiction writer in me is really intrigued by the idea of super intelligent cavemen, the consensus is that the estimates of their size is probably exaggerated.  Boskop was a normal modern human.  Their brains were a little big, but still within the normal range.  Back in 1913, scientific racism was still en vogue.  While the Boskop discovery kind of flew in the face of this messed up way of thinking, this was an age when anthropologists were good at making bad skull measurements.  Today, Boskop’s known as a footnote, a misunderstood, isolated fossil that was misinterpreted about a hundred years ago.

But as much as Boskop ruined it, I do have to pause to mention Cheryl Cotman’s artwork.  Her drawings of brain anatomy are better than anything I’ve ever read in a textbook. They’re light, gray-scale pencil drawings, but they illustrate points from the text well.  I couldn’t write a mostly-negative review without mentioning this little redeeming bit.

Overall, the book’s boring.  And while there’s some useful information, it’s presented in a mostly dry way.  And the whole thing’s contaminated by way they explain everything in terms of Boskop.  Overall, this is not a solid read.