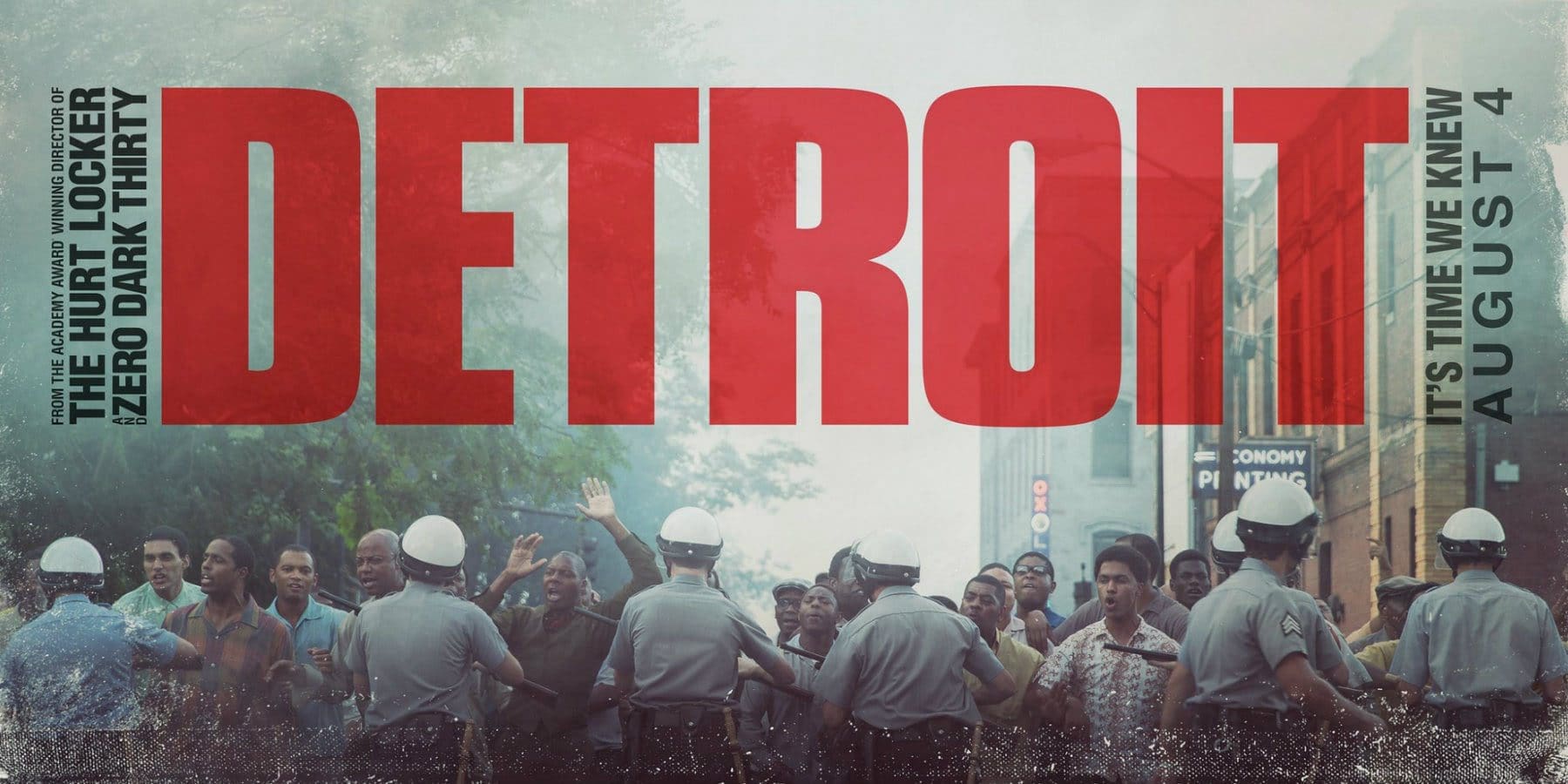 Even though she should be, director Kathryn Bigelow isn’t really a household name. She was born in San Carlos, California to a librarian and a paint factory manager. Growing up, her main passion in life was painting. Due to this passion, she attended the San Francisco Art Institute where she received a Bachelor in Fine Arts degree. Shortly after, she fell in love with cinema and attended Columbia University in New York City where she earned her master’s degree in Theory and Criticism. After making a short film called The Set-Up, she caught the eye of some famous filmmakers and was given the opportunity to make her first feature-length film entitled The Loveless. Since then, a lot of her films have garnered more a more notoriety. Some of the most well-known ones that she directed are: Point Break (1991), The Hurt Locker, and Zero Dark Thirty. Her newest film called Detroit has her tackling a very negative event that occurred in America’s history.

In 1967 after Detroit police offers broke-up an illegal African American underground drinking club, days of rioting, police brutality, and severe destruction took place in the city. African Americans were routinely taken aside and beaten with little to no cause. The film takes place around this event but primarily focuses on something referred to as the “Algiers Motel incident”. Days after the riots began, a group of young African American men and two Caucasian women were having fun while staying at the Algiers Motel. One of the men decided to play around with a starter pistol by firing it outside his window towards law enforcement that were stationed close by. Those law enforcement officers thought it was a sniper and decided to raid the motel in search of the shooter. What took place next left several people dead and raised the tension level even more between the police and the African American citizens of Detroit.

So far every Kathryn Bigelow film that I’ve seen I’ve enjoyed and this is no different. From the heart-pounding action, to the brilliant performances from the entire cast, Detroit is an unbelievably well-crafted masterpiece of drama and tension. With that being said, the element of the film that stuck out the most was the sound mixing. Every single gunshot, punch, and scream was insanely visceral and jarring which helped to elevate the action scenes to a much higher degree. Couple that with the documentary-style shaky cam cinematography and the film rivals the likes of Saving Private Ryan in terms of cinematic tone.

Visuals and audio aside, several performances definitely stuck out. Will Poulter who plays an extremely racist police officer named Krauss, does an amazing job portraying a man who you will undoubtedly hate. From his smug attitude to his willingness to cross the line at every step, Poulter’s performance is the culmination of white police officers thinking that they’re above the law. Algee Smith’s strong yet subtle portrayal of an R & B singer named Larry is also one of the main focuses for the film. He perfectly exudes a man struggling between his passion in life and the current events of what is happening all around him. Lastly, John Boyega (Dismukes) doesn’t do or say much but it’s the way in which he plays such a restrained character that helps add to the overall tension of the main situation in the film. In a way, his character pushes other characters to a higher level just by his non-confrontational way of being.

Even though this incident is a giant negative stain on US history, the film goes out of its way to show all the different sides of the conflict. By doing so, it creates many memorable moments and puts the audience directly in the middle of everything that happened. Detroit is gritty, suspenseful, and definitely worth seeing.

Synopsis: Amidst the chaos of the Detroit Rebellion, with the city under curfew and as the Michigan National Guard patrolled the streets, three young African American men were murdered at the Algiers Motel.