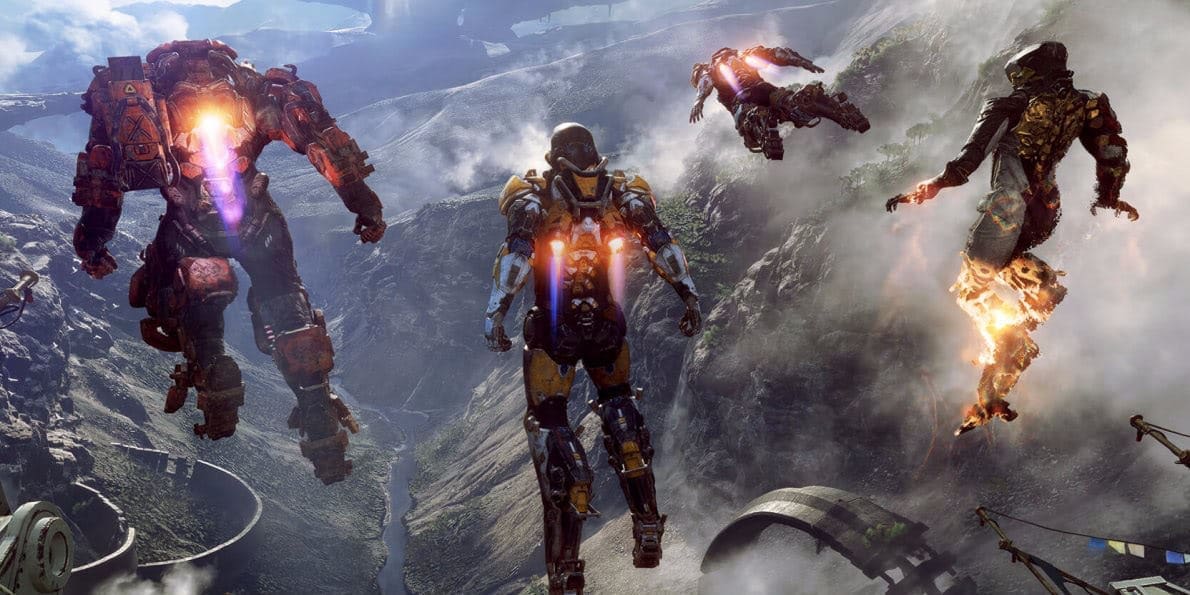 Sunday afternoon, Microsoft showed the world what they have in store for the future of gaming. Phil Spencer, head of Xbox, immediately hit the ground running and absolutely refused to stop, firing off announcement after announcement in rapid succession. A total of 42 games would be shown, 22 of them exclusive to Xbox One and Windows 10, and my fingers instantly started to ache prematurely because I knew I would be here for a while. You might want to grab a snack for this one.

Wasting absolutely no time, Microsoft announced the newest member of the Xbox family, the Xbox One X (which when abbreviated cleverly spells XBOX. I see what you did there Microsoft). With a 6 teraflop GPU, 12GB of GDDR5 memory, and 326 GB/s of memory bandwidth, this is easily the most powerful console ever made. If you have no clue what those specs mean, just know that this thing is a beast. It’s also smaller than the Xbox One S which is a feat of engineering commonly referred to as witchcraft. It supports true 4K resolution and HDR, Dolby Atmos, and 4K Blu Ray support. The One X also works with all existing Xbox One games and features supersampling for 1080p screens. Most games may see a boost in framerates and/or visuals. It will launch worldwide November 7th, 2017 at an MSRP of $499.

Showing off the power of the new console, Forza Motorsport 7 looks incredible with all sorts of dynamic weather effects and fancy lighting, running at native 4K and 60 frames per second. The Porsche 9GT2 RS was also revealed on stage because of course, it was. It’s not a Microsoft E3 press conference without some kind of vehicle.

The next entry in the Metro series from 4A Games features mutants, crossbows, gorgeous scenery, angry bears, zip lines and train escapes.

After a year hiatus, Assassin’s Creed returns set in ancient Egypt. Play as Bayek as he delivers justice the only way an assassin knows how with brutal violence and sick parkour skills. This entry has much more of an RPG influence, with levels, stats, and equipable items.

The smash hit 100 vs 100 deathmatch is console exclusive to Xbox One later this year with a new coat of paint. The graphics have been updated and enhanced for the X.

If you’re a fan of zombies, I have a game to show you. It even comes with extra zombies. Releasing in spring 2018, State of Decay two implores you to make decisions on who lives and who dies as you strive to survive the 775th zombie apocalypse.

From Scavenger’s Studio comes a survival style multiplayer deathmatch game. It has a unique art style and appears to feature a large selection of interesting skills.

Microsoft showcased a free 4K update and Super Duper Graphics pack. It looks really good. Oh, also just about every device that plays Minecraft can now play together with users of any other device barring PlayStation platforms and the PC Java Edition.

Made by Arc System Works of Guilty Gear and Blazblue fame. The game is a 3 vs 3 fighter similar to the Marvel Vs Capcom series with a graphical style straight out of Guilty Gear Xrd.

Here’s an interesting addition. Black Desert is an MMO with an action based combat system and the most ridiculously expansive character creator known to man. It was fairly well received when released on the PC a few years ago, and should be quite the treat for Xbox owners. 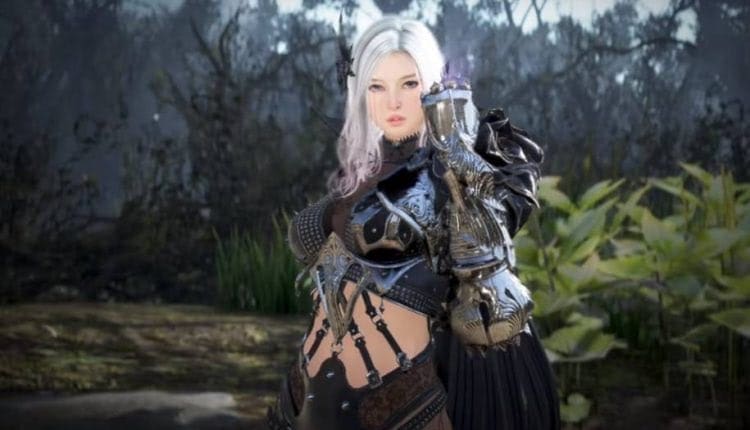 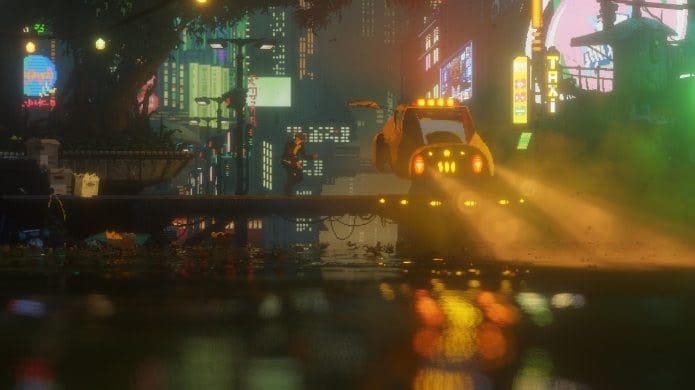 Another game with a unique art style. A man with a guitar makes strange things happen to the world around him. I have no clue what kind of game this is, but it looks interesting. 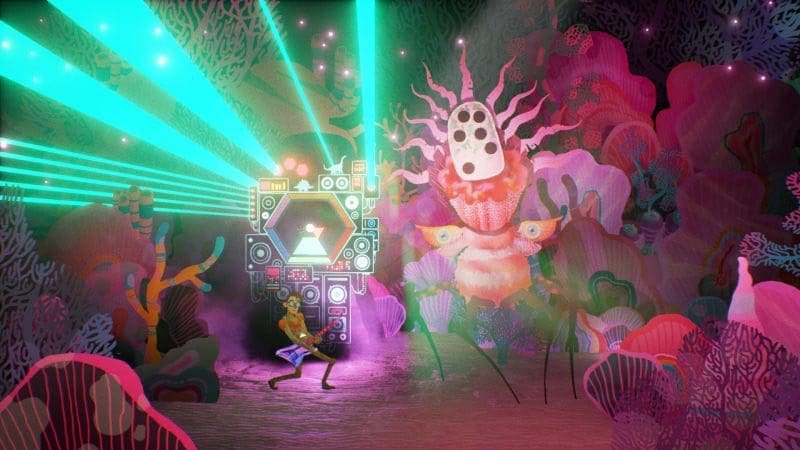 An action game from Bandai Namco that appears to be Dark Souls with anime influences. It looks incredible and is slated for a 2018 release.

A shared world experience from Rare. Be a pirate and do pirate things! Search for treasure, fight sharks, and fire yourself out of a cannon in early 2018.

From the makers of Gone Home, this independent space exploration game releases later this year.

A sequel to the Oculus Rift exclusive platformer, play as Lucky as he runs, jumps, and collects coins in colorful worlds filled with whimsical characters.

Cuphead releases September 29th! Nothing else on this list matters anymore and my life is now complete!

The latest in the beloved series has been a long time coming and now Terry Crews is yelling at us to play it, so I guess we have to. Slated for a November 7th release, just in time for the launch of the One X.

There were a lot of games shown in this highlight reel. A few too many to list here. Give it a watch, as there are a lot of interesting projects in the pipeline.

An open world survival RPG where players must fight and survive the darkness.

Life Is Strange: Before the Storm

Life is Strange was a surprising hit for Square Enix, so they’re doing it again. This is a planned prequel trilogy. 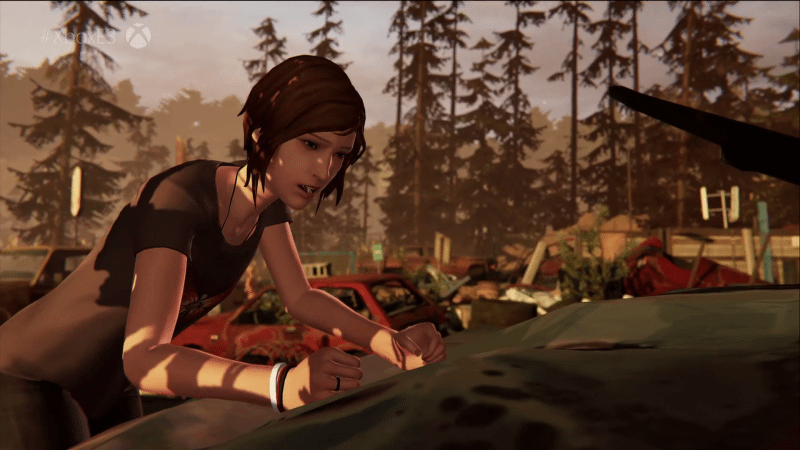 The sequel to Shadow of Mordor features an expanded nemesis system where bosses will fight each other and you can also recruit them to your side if you choose. Releases October 10th, 2017. 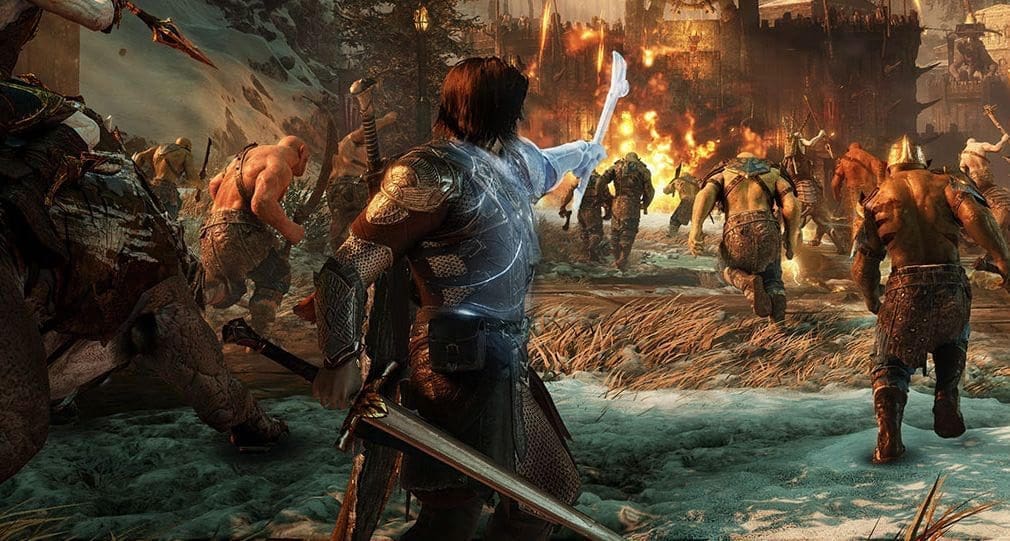 Ori and the Will of the Wisps

Sequel to the well regarded Metroidvania style action platformer. The art style is even more astounding than the first title.

Here’s a treat! Original Xbox backwards compatibility is coming to the Xbox One. Crimson Skies is the only title confirmed so far and launches later this year.

Gears of War 4, Forza Horizon 3, Killer Instinct, Halo Wars 2, and Minecraft will all receive 4K updates for free. Another 30 titles are receiving enhanced versions for the One X from third party partners as well including Final Fantasy XV and Rocket League.

Last but not least is a new IP from Bioware, one that invokes feelings of what we all wanted Destiny to be. Anthem is an open world, multiplayer third person shooter set in a lush alien world. Players traverse the land in special exosuits that allow flight, underwater exploration, and a myriad of unique weapons. It looks absolutely incredible and is already on my most anticipated list.

Microsoft pulled no punches this year with a quick introduction to their new console and a rapid fire showing of games to be excited for. If you haven’t jumped into the Xbox ecosystem, now may be a good time to start reconsidering.