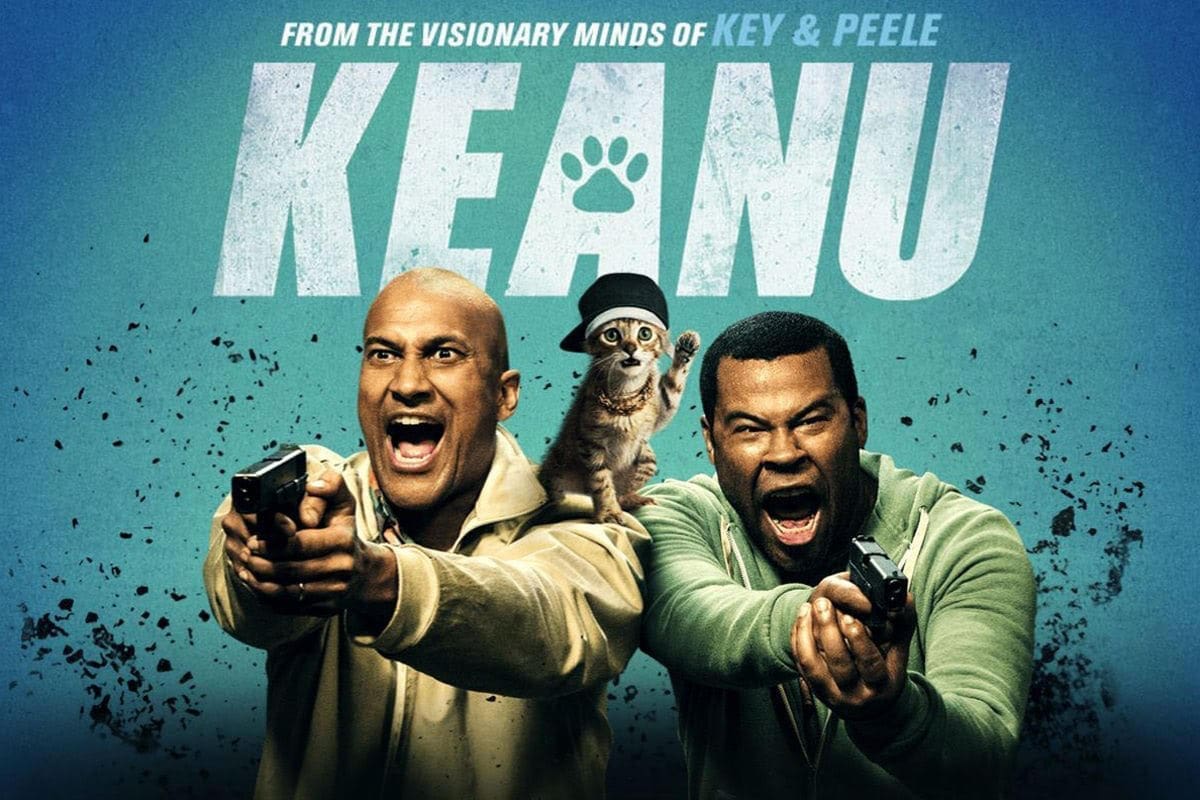 Keegan-Michael Key and Jordan Peele have been in the comedy business for some time now. Key was born in Southfield, Michigan and he began his career playing tiny roles on numerous films and TV shows. His first big acting gig happened when he was added to the cast of MADtv during its ninth season. Peele was born in New York City, New York and he started off performing stand-up until he was also added to the cast of MADtv during its ninth season. Both men quickly became friends and had great comedic chemistry on the show. They left several years later and played small parts in different entertainment mediums until they decided to create the Key and Peele show on Comedy Central in 2012. Since then, Peele has gone on to co-write the new film entitled Keanu which stars both men and is directed by Peter Atencio.

Clarence Goobril (Keegan-Michael Key) is a well-mannered family man who is friends with Rell Williams (Jordan Peel) – a lethargic stoner with no real goals in life. One day a kitten finds its way to Rell’s house and after gazing upon it, Rell instantly falls in love, adopts him, and names him Keanu. Several months later the two men go out to see a film and are horrified at what they see when they get back – Rell’s house is completely ransacked and someone has taken Keanu. Through speaking with possible suspects the men discover that a local big time drug dealer has taken the kitten and wants them to sell drugs in order to get him back.

If you’re a fan of the Key and Peele style of comedy – slightly absurd characters that trip over their words and go back and forth with emotion, then you will love this film. It starts off a bit slow for my taste with a couple of chuckles and smiles but not a lot of laughs. However after they discover who took Keanu, the comedic beats ramp up more and more until they get insanely over-the-top in the last act of the film. The story is nothing ground breaking or incredibly inventive but it’s what they do with that foundation that allows them to attach comedy elements that I haven’t been seen before. One of my favorite moments involves Clarence and Rell teaching local hoodlums how to be real gangsters. At one point one of the men does something completely unexpected that left me laughing hysterically for minutes.

Even though I would love to praise this film for all the things that it does right, there are a couple of qualms that I had when watching it. Firstly, some scenes and moments go on way too long to the point of being completely unfunny. A scene where Clarence blasts George Michael music while it intercuts Rell attempting to sell drugs to wealthy people becomes less and less interesting the longer it takes place. I feel that since they aren’t limited on time like on their TV show, they tend to drag out possible comedy instead of tightening it up and making it stronger. In addition, I don’t feel that they gave Clarence and Rell enough back-story in order for me to care about them. At several moments throughout the film they were in true peril but I just didn’t worry whatsoever.

To put it plainly – this is an incredibly funny film. So if you are a fan of their style of comedy or maybe just want to look at a cute kitten, then you can’t go wrong with checking out Keanu.

Synopsis:  Two mild manner men attempt to get their cat back from a local big time drug dealer.