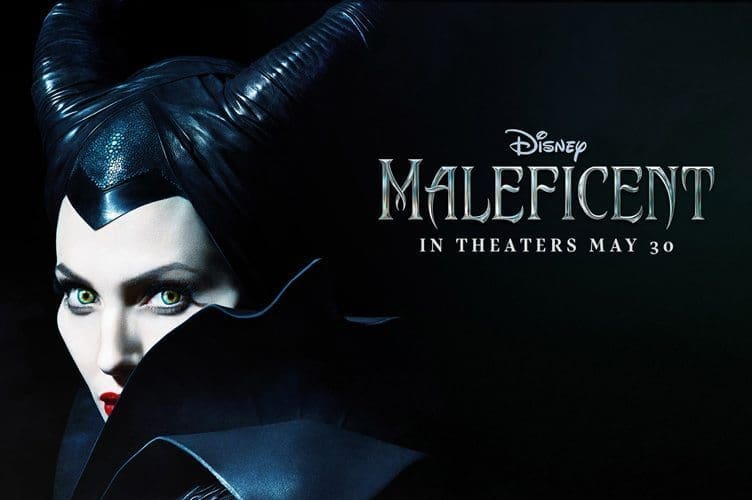 With the ever-changing climate of blockbuster films nowadays, Disney continues to go back to its roots and attempt to rekindle the magic that made some of its classics truly unforgettable. The problem however is that adapting an animated film into a live action one isn’t as simple as one may think. What makes Disney’s classics so special is the fact that they were not only incredibly simplistic, but also that they were a product of a much more laid back time. For Disney films in this day and age, they feel that they must make a product that appeals to audiences of short attention spans and ones that crave wild spectacle above all else. This is undoubtedly true when referring to Disney’s newest animated to live-action adaptation entitled Maleficent.

Maleficent is a retelling of the 1959 animated film Sleeping Beauty and in this version, the film is presented through the eyes of Maleficent (Angelina Jolie) instead of the young Aurora (Elle Fanning). The story begins with a pre-teen Maleficent adorning wings and a very upbeat attitude in an extremely gorgeous land. She soon encounters a young, adolescent boy named Stefan (Sharlto Copley) who she falls for. Obsessed by his lust to be king of her land, Stefan deceives her and cuts off her wings. He soon builds a great kingdom while Maleficent festers with rage and anger over what Stefan has done to her. When Stefan’s wife finally produces a child, Maleficent breaks into the kingdom and curses the baby girl with a death-like sleep on her sixteenth birthday.

Although Disney already has an established template for all of these new, live-action retellings, it seems that they are more obsessed with what is on the screen instead of what is in the script. Maleficent is a boring, easily forgettable film that relies way too much on CGI and big stars instead of having interesting characters. Jolie does her best with the material that she is given, but what she is given is little more than menacing glares and some clever one-liners. For the majority of the film she merely watches over Aurora as she grows up with barely any other interesting events transpiring within that time. The three fairies that take care of Aurora are supposed to be the comic relief of the film yet they come up short every single time with childish, slapstick comedy that fails to deliver any significant laughs. Fanning is completely underused throughout the film. She is given a personality for the character of Aurora similar to that of a smiley face emoticon. Green screen overload is the best way to describe the visual elements of the film. With nothing in the world appearing to be actually tangible, it feels as if all the characters exist on the holodeck of the starship Enterprise. Without the sense of realism, every battle and every encounter of the film falls completely and utterly flat – devoid of any true sense of worth. This is especially true if you see the film in 3D because all of the characters are separated from the background which makes it appear as if they are photoshopped onto a fake backdrop.

There really isn’t anything within the film to make me recommend it unless you are a fan of worlds created in a computer without any true sense of depth. Maleficent is simply a waste of time and a tragic insight into the current state of the film industry as a whole.

Synopsis: After being deceived by a cunning young prince, a vengeful fairy curses his beautiful, young daughter into a death-like sleep.