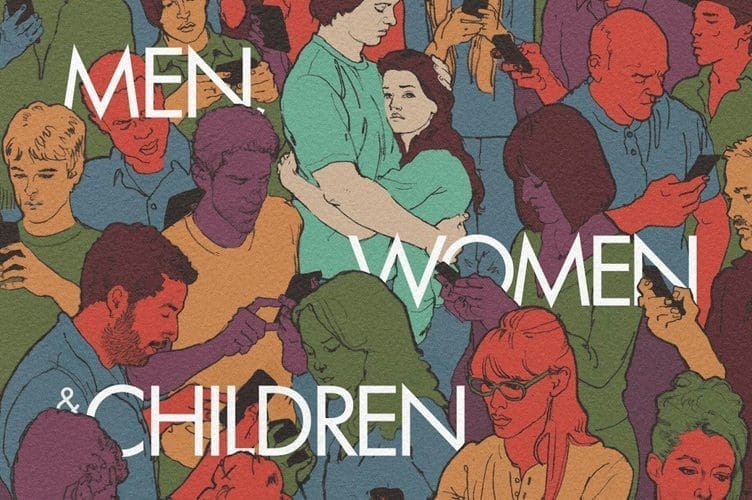 Jason Reitman was born on October 19, 1977 in Quebec, Canada. He is the son of director Ivan Reitman who is best known for directing such films as Ghostbusters, Twins, and Kindergarten Cop. Although Ivan’s films center mainly on comedy, Jason takes a different path and puts a much bigger focus on drama and satire. This style can be seen in Jason’s first ever theater-released film, Thank You for Smoking. Since then, he has gone on to become a much bigger figurehead in Hollywood by directing such hits as Juno, Up in the Air, and Young Adult. Now he is tackling the way in which social media is intertwined within our lives in his new film entitled Men, Women & Children.

The film centers around several teenagers in high school and their somewhat oblivious parents. Olivia Crocicchia plays Hannah, an aspiring teenage actress and model whose mother (Judy Greer) is fine with her having provocative photos put on the internet. Jennifer Garner plays Patricia, a very nosey and over-protective mother who monitors every activity that her daughter (Kaitlyn Dever) does on social media. Adam Sandler and Rosemarie DeWitt are the parents of a son who isn’t able to achieve an erection due to years of abusing himself sexually. In addition, their marriage is on the rocks and they are thinking about possibly cheating on one other. Elena Kampouris plays Allison, a teenage girl who is attempting to fit in by being on a diet of little to no food. Ken (Dean Norris) is the good-natured father of Tim (Ansel Elgort), a depressed teenage boy who sinks all of his time into video games. All of these different families cross paths in one way or another and all involve some type of social media being a crucial aspect in their lives. The film is brilliant, awe-inspiring, and completely and utterly relatable. Jason Reitman is able to truly dive into how interconnected we now are as a society. He is flawlessly able to exploit how social media can negatively affect everyone involved in such a significant way. Every single performance, character, and aspect of the story is vividly crafted to such an extent that the film feels much more like a documentary than a work of fiction. Specifically Jennifer Garner’s outstanding performance of Patricia feels incredibly realistic and relevant due to the fact that my own mother is very overbearing when it comes to internet safety. In addition, Ansel Elgort fills the screen with such congeniality that even though his character doesn’t say much in the film, his presence alone is enough to keep you thoroughly engaged throughout.

There really isn’t anything that I can truly fault within the film however the use of real social media sites and products will definitely date it within the coming years. Facebook, Tumblr, and Guild Wars are all present throughout the course of the film and help to ground it in the current world that we live in. Nonetheless, Men, Women, & Children is a fantastic view of our current culture and a film that should be praised  for both its boldness as well as its sincerity.

Synopsis: The lives of teenagers and adults and how social media connects them in both positive and negative ways.

It Chapter Two | Fun Scares And Closure Make For A...