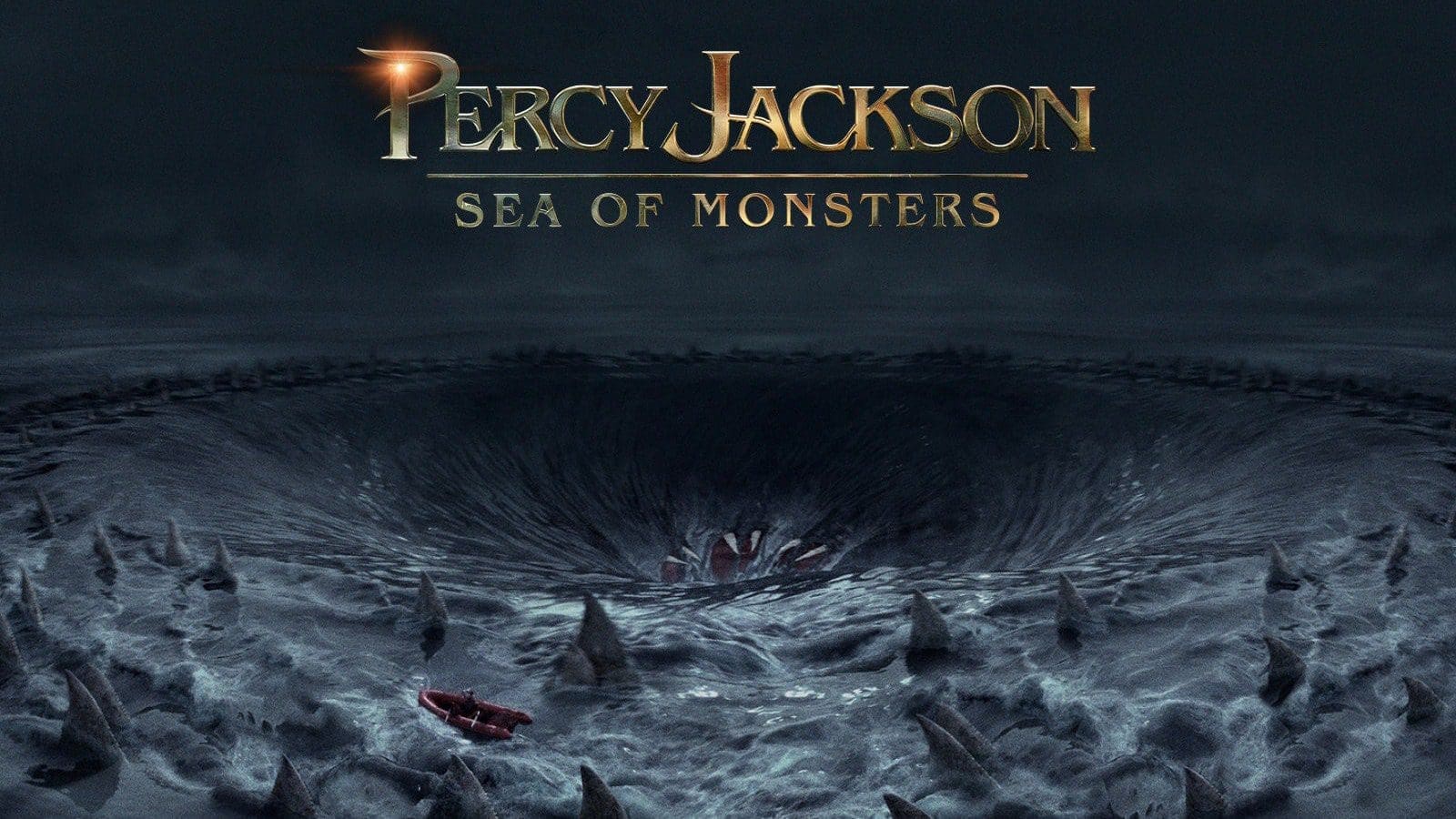 So I hadn’t actually gotten around to seeing the first installment, Percy Jackson & The Olympians: The Lightening Thief, but I figured I should watch that before seeing the sequel. This isn’t a review of the first one, but I feel a little mood-setting is warranted here: I thought Lightening Thief was just awful. The acting was wooden, the dialogue was forced, and the only times I laughed were due to how awful it was, or because the satyr was bleating (because really, seeing a half-man/half-goat literally BLEAT was just great… almost as hilarious as goats that scream like humans). Having watched that mere days before I was going to watch the sequel left me with some (admittedly well-deserved) worry about what kind of mess Sea of Monsters was going to be. I must say, though, I was happily surprised!

Sea of Monsters brings us back to camp Half-Blood some time after the end of the first movie, when Percy saved Olympus, and the world, from some hot and heavy god-on-god warring. You’d think this would earn the kid some R&R, and at the very least, a place among heroes. But, nope, he’s back to the grind, getting outdone in everything by Clarisse, daughter of Ares. Much like the real world, he seems to be going the way of the one-hit wonder. It doesn’t help that another supposed son of Poseidon shows up, and isn’t what anyone expected. Apparently if you get a Greek God and a nature spirit good and drunk together, the end result is a cyclops. So Percy’s half-brother is a monster, he keeps getting bested by a girl, and his father won’t talk to him anymore, for some reason. All seems bleak for our dearest demi-god. Until, that is, a gigantic mechanical bull (not the kind you ride while drunk in a bar, sadly) breaks through the magical barrier (the one that protects the camp and it’s special inhabitants from all the monsters trying to kill them) and tries to kill them. After the bull is dealt with, the camp discovers that the tree the barrier is based on has been poisoned, and unless they can heal it, the barrier will get weaker and weaker until it is gone completely. The only cure for the tree? No, not some fancy Greek fertilizer; it’s The Golden Fleece. Percy and friends to the rescue, right? Now’s time for him to win back all the glory and honor he’s lost, right? Think again!

While the performance by our leading lad still seems fairly wooden, and our leading lady is positively melodramatic, the rest of the cast finds a better note this time around. A recast of centaur/teacher Chiron made me “squee” a bit, as the glum Pierce Brosnan has been replaced by Giles! I mean, Anthony Head, of course. But really, he’s Giles, with longer hair, and the lower body of a horse, so, no complaints here! Stanley Tucci steps up as the recast Mr. D (Dionysus, that is), and is brilliant, as always. By far, though, my favorite character in this installment is the inestimable Nathan Fillion. Do you really care who he plays? I didn’t think so. All Hail Fillion! Anywho, his turn in this flick was pee-your-pants-a-little funny! And do make sure to keep an ear out for a certain TV show reference (can someone please tell me how he can ALWAYS do those, in whatever he’s in?!)!

So as a last overview/opinion: If you liked the first one, go see it. If you haven’t seen the first one, but this review made it sound good, watch the first one, then go see this one. If you’ve seen every other movie in theaters right now and are totally bored, go see it. But no matter which one you are, don’t bother paying extra for 3D, it doesn’t add anything to an already entertaining experience.

For the better storyline, for the surprisingly good action sequences, and for Head, Tucci, and most of all Fillion, I give Percy Jackson: Sea of Monsters…

About Percy Jackson: Sea of Monsters

Synopsis: In order to restore their dying safe haven, the son of Poseidon and his friends embark on a quest to the Sea of Monsters to find the mythical Golden Fleece while trying to stop an ancient evil from rising.

Writers: Mark Guggenheim (screenplay), Rick Riordan (based upon the novel “Percy Jackson and the Olympians: The Sea of Monsters”)