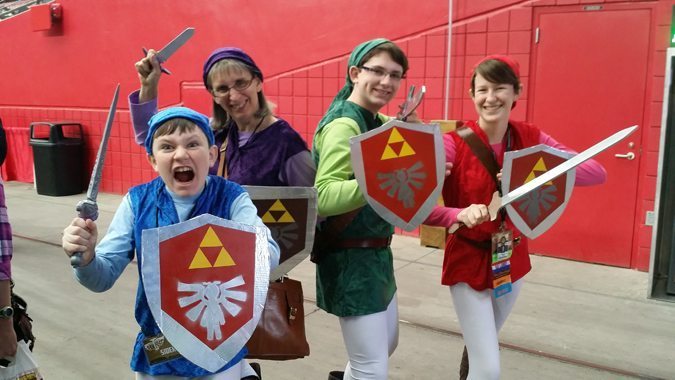 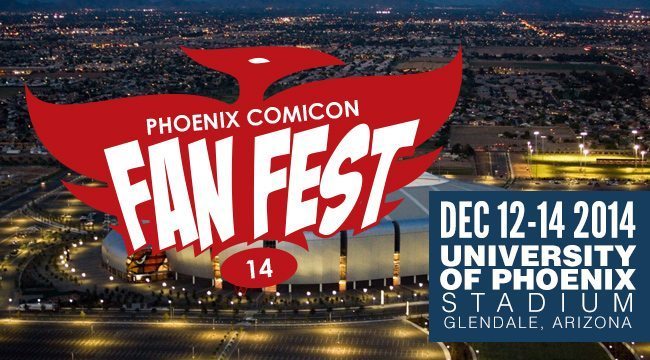 I love Phoenix Comicon. I have been going for years and years, so when the mention of Phoenix Fan Fest came about I was so pumped. We actually timed our much-needed vacation around getting to come to Fan Fest. After traveling over 900 miles, the best way I can describe Fan Fest is “Needs Improvement”. 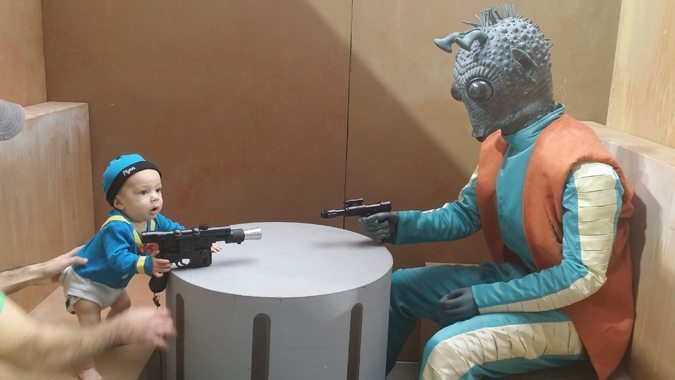 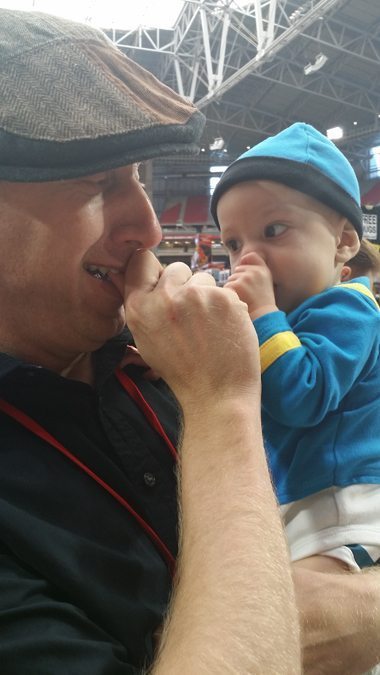 I also really enjoyed find some fun new vendors to love on. We loved being there for the introduction of the Arizona Autobots, which Geek Dad really squeed about. We saw yarn plushes, geek jewelry (with a time turner I really REALLY wanted, maybe for my birthday Geek Dad?!), and there was one booth with geek baby gear. They had onesies and super adorable frilly onesies and dresses for little geek girls. 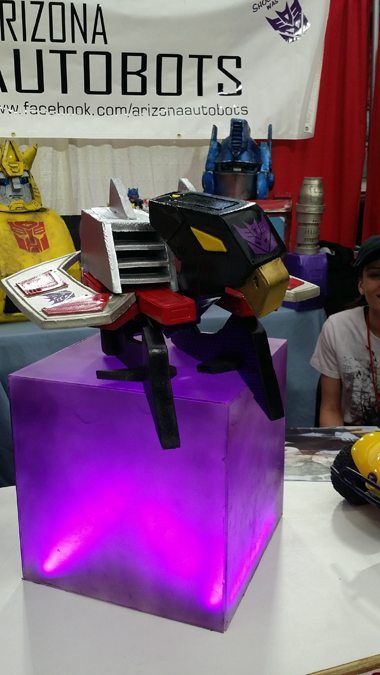 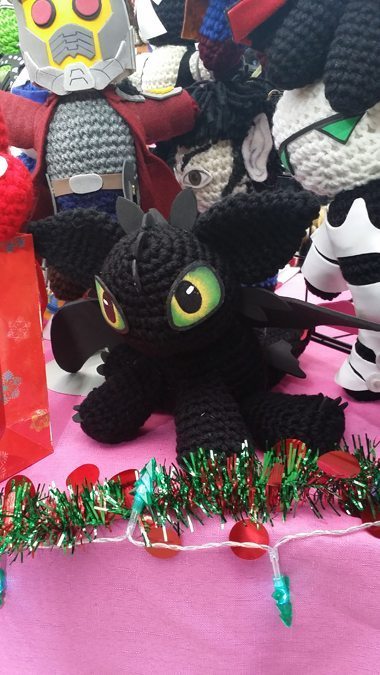 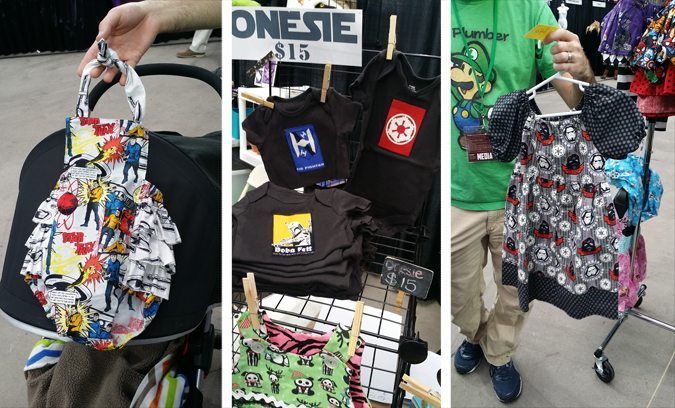 There was also a lot of fun activities outside. This is the first time PCC has had a big outdoor space to work with and they took advantage of it with big bouncy slides and obstacle-like, activities for the mini-humans. There was also knight jousting, the Umbrella Corporation and a Jedi Santa (more on him below.)

It was also very roomy with nice wide aisles and definitely free of nerd funk due to very high stadium ceilings. Also it was so cool; I kept a hoody on the whole time with no problems. Also, as a bonus, there was pretty decent cell reception in the open exhibitor hall. I was able to be on social media with no problems.

The Bad (with suggestions)

I know it was Friday, but man was it slow. We never saw more than 20 people at a time in every direction we looked. There could have been many reasons for the light crowd, but here is what we (Geek Dad and myself) think:

Overall, Phoenix Fan Fest was underwhelming and a little disappointing knowing that it was put on by PCC. I hope version 2.0 can be better especially with the suggestions given by the fans.

BTW this is my family. Adorbs, right!? (Yes, we dressed my son up as Donald Duck.) 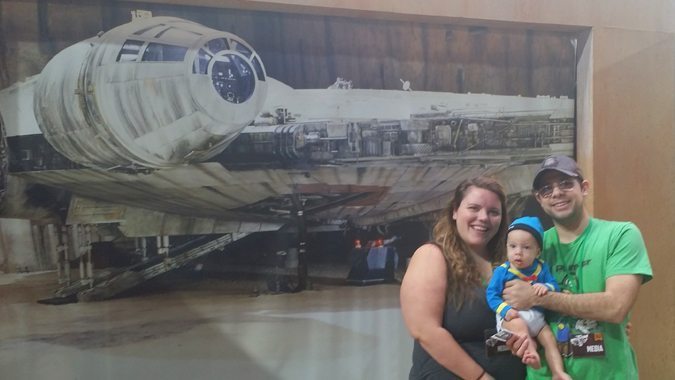