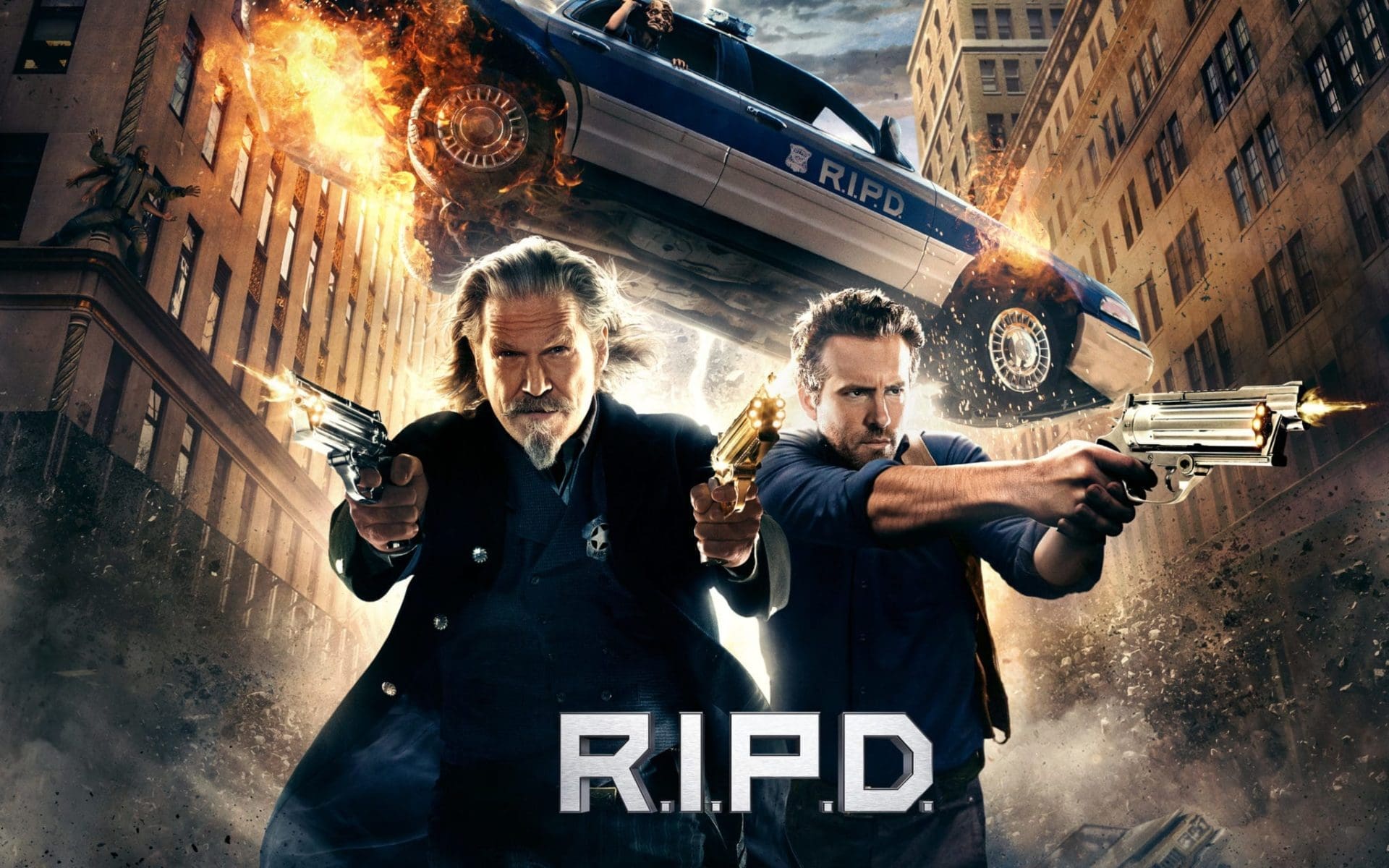 Nick (Ryan Reynolds) is a slightly morally-ambiguous Boston cop, who ends up dying pretty quickly. No worries, though, because that’s when the “fun” starts! On his way up to Judgement, Nick gets shunted sideways instead. Sitting across from him is Proctor (Mary-Louise Parker), a sardonic gal who reminds him that dirty cops don’t fare so well up at judgement, so she’s got an offer for him. Since he was a really good cop, he can choose to spend 100 years in the Rest In Peace Department, hunting down and capturing “Deado’s” (folks who somehow escaped judgement and came back to Earth, but are still dead and icky) and generally setting it to rights. For doing this, he’ll essentially get a good reference at his own judgement, so that hopefully he doesn’t have to go “down there.” He becomes the new partner of Roy (Jeff Bridges), the “lawman” who’s been doing this for quite awhile. When a seemingly routine case takes a weird turn, it’s up to Nick and Roy to save the day, and the world.

Reynolds is one of my favorite actors, even with his shirt on. He puts in a solid performance, from the grief of finding out he’s dead to the hilariousness of…well, everything else. Bridges, on the other hand, only has one setting for this movie: Hysterical. I actually ended up missing a few lines of the movie here and there because everyone in the theater was laughing so loudly as something he said or did. Even his facial expressions are enough to cause at least a chuckle. I’m a huge Jeff Bridges fan, and this just keeps his streak going. Parker as the sardonic boss was a nice surprise. She seemed to be somewhat reprising her role from Weeds, but being a lot less self-absorbed and lot funnier.

Now onto the meat of the matter: R.I.P.D. is based on a comic book, which is very similar to a 1988 film, Dead Heat. The biggest point of contention I have with it, though, is how very similar it is to Men In Black. You’ve got the old gruff guy, the young hot new guy, the snippy boss, and the obviously CGI alien-uh, whoops, I meant DEADOS-that they have to hunt and take down/into custody. Seriously, the CGI looked like it was straight out of 1997. So it’s the same story, basically, just with a different wrapping. And in addition to all that similarity, we’re given to believe the “fact” that these undead cops are virtually indestructible, with only one stated weakness, which is also the only thing that will get rid of the Deados. So we’ve got invincible versions of Agents K and J. But with more cowboy hats….? Seems like a recipe for disaster, but luckily, it isn’t!

While it is derivative, and shouldn’t really qualify as an “action” movie, it is also funnier than most of the big comedies so far this summer. But don’t bother seeing it in 3D. Waste of money for about 2 minutes, total, that add anything to the film, at all. I really believe that seeing it in 2D will be the exact same experience as 3D, but cheaper for you!

So, all that being said:

For all the bad stuff, but most importantly for how freakin’ funny it was, I give R.I.P.D. (as a comedy)…

Synopsis: A recently slain cop joins a team of undead police officers working for the Rest in Peace Department and tries to find the man who murdered him.