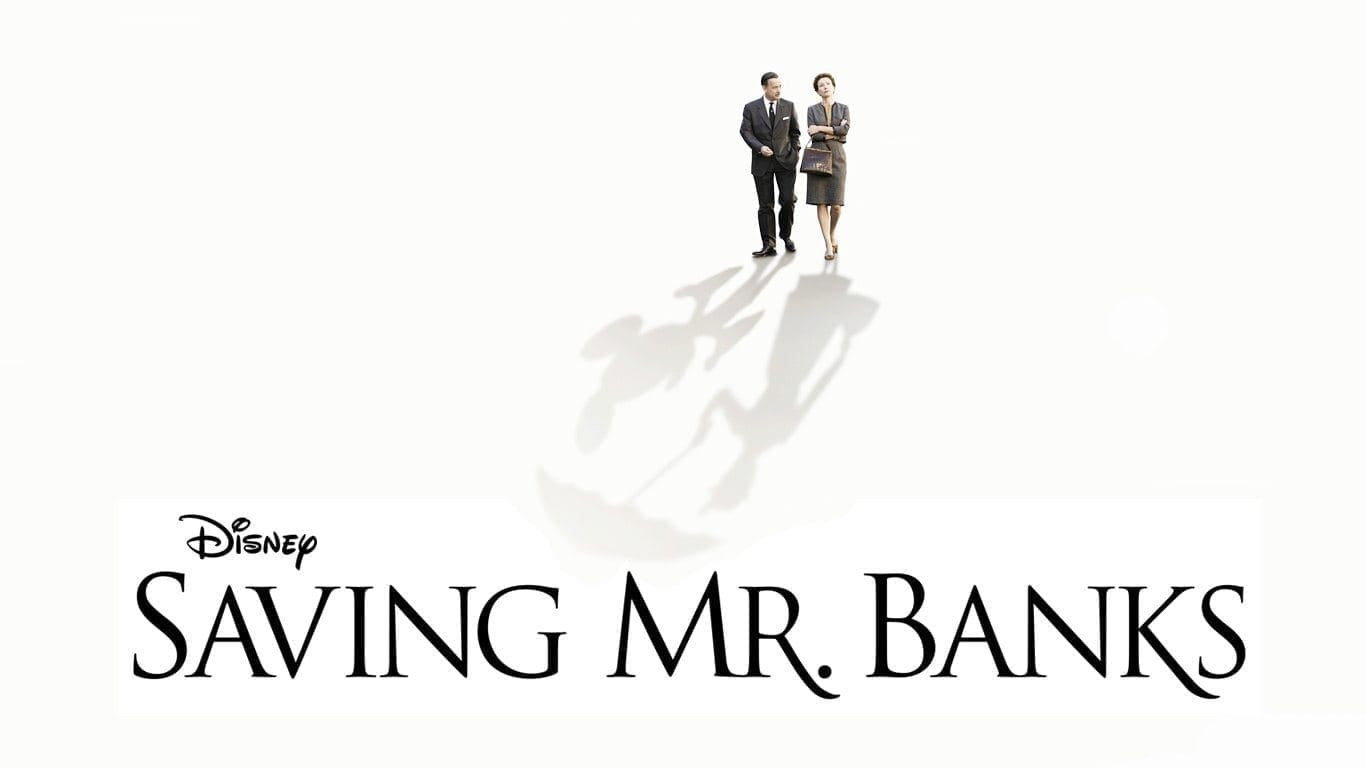 Walt Disney was a man of great ambition who decided to pursue said ambition which ultimately led to him becoming one of the most well-known people that ever lived. Sure he had his faults just like everyone else, but his creation of the infamous Mickey Mouse character as well as everything that came after is what truly defined him as a person. He was an entertainer; a man that knew what the public wanted and tried his best to give it to them. Even when obstacles stood in his path, he never gave up, he instead powered through them in order to do what he felt was right. Director John Lee Hancock is able to illustrate this type of attitude in the newest Disney live action film entitled Saving Mr. Banks.

Although one may think the film centers around Disney’s life, it instead focuses on author P.L. Travers (Emma Thompson) and her interactions with Disney (Tom Hanks) over the rights to her book, Mary Poppins.  Travers is a very stubborn English woman who enjoys her peace and quiet. She had a very troubled home life which the film flashes back to time and time again. Disney of course is unaware of her past and sees her as someone that is unable to perceive his vision of how Mary Poppins would turn out to be when adapted for the silver screen. They continuously butt heads throughout the film as more and more of Travers’ past is slowly revealed.

You will laugh, you will cry, you will wish that more films nowadays could make you feel as good as this one does. Thompson gives it her all in her best performance since Stranger Than Fiction. She made me feel legitimate hate towards her as she continuously puts up a wall towards every other character in the film. Of course when the flashbacks begin to appear, you gradually realize why she is so closed off from people and why letting her guard down too soon could destroy her. Nonetheless, Thompson was perfectly suited for the role and her subtle rudeness never feels unbefitting of the character she is playing.

Hanks on the other hand gives Disney a slick charm that makes you wish that you could have met the real man while he was still alive. He is very boisterous and amiable and makes his presence known in every scene in which he appears. He plays the persona of a legend and he does so without a doubt in your mind that Disney himself is on the screen. Colin Farrell who plays Traver’s father is also another significant performance. He is able to show a much lighter and family-centered portion of his personality that goes into some dark territory at times. Farrell demonstrates that he isn’t a type-casted actor but an actor that can fly through a range of emotions with a dedicated amount of both grace and polish.

I couldn’t find anything to truly dislike about the film. It is another Disney masterpiece that can stand beside the likes of classics such as Pinocchio and The Lion King. If you are looking for a phenomenal family film to see this holiday season then I assure you that you can’t go wrong with Saving Mr. Banks.

Synopsis: The true story of how Walt Disney got the rights from author P.L. Travers in order to make the film Mary Poppins.