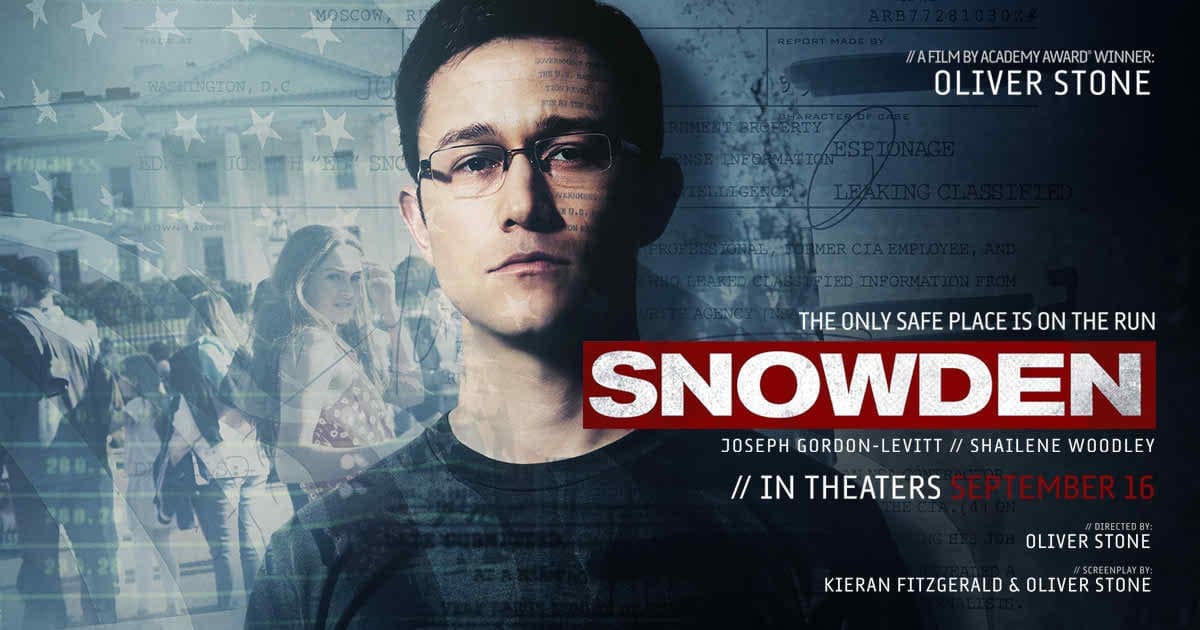 Director Oliver Stone has had a very interesting life to say the least. Born in 1946 in New York City, Stone attended Yale University in 1965 and then enlisted in the United States Army in 1967. He fought in the Vietnam war until he was wounded twice, earned several medals, and then left the service soon after. He graduated from New York University in 1971 and then did a lot of odd jobs while making his first feature films which were called Seizure and The Hand. From there he would do a lot of writing for popular films until he made his first noteworthy film in 1986 – the Vietnam War drama entitled Platoon. It was the start of Stone delving into major politics within his work which he has carried all the way up to his newest creation entitled Snowden.

Joseph Gordon-Levitt stars as Edward Snowden, a brilliant man with a great passion for computer systems and programming. After enlisting in the United States Army Reserve as a Special Forces candidate, he breaks both of his legs during basic training and is discharged soon after. Due to the fact that he can no longer serve his country as a soldier, Edward decides to attempt to join the Central Intelligence Agency. After he amazes the recruiter with his computer skills, they give him a job in the global communications division. While in the position, Edward is witness to the United States government spying on its own citizens through several different means.

Of everything contained within the film, Joseph Gordon-Levitt’s performance has to be my main frustration. When I originally watched the trailer I felt that Gordon-Levitt’s voice impersonation of Snowden sounded somewhat goofy and unrealistic. Nevertheless, I decided to go into the film with an open mind and a hope that the impersonation would eventually become less noticeable.

Even though I tried to look past it, from beginning to end, I could never get over his weird, throaty voice. To add insult to injury, the last few minutes of the film feature a transition from Joseph Gordon-Levitt to the real Edward Snowden where you can compare their voices even more. In my deduction, Joseph Gordon-Levitt’s performances sounds nothing like the real guy and ultimately damages the film because of it.

Another sticking point is all of the well known actors that appear throughout the film and could have been its saving grace. However due to their lackluster roles, they all become sidelined and forgotten as soon as they leave the screen. For example, Shailene Woodley is horribly miscast as Edward’s real life girlfriend Lindsay. She is supposed to be the more carefree and artistic person of the pair but instead comes across as downright dim-witted and annoying. Through her portrayal, I have no clue why Edward would ever be attracted to her.

Even though I enjoy the bulk of Oliver Stone’s work, I feel that the point he is trying to make becomes more and more ham-fisted with every new film that he creates. Snowden is a decently made, decently acted biopic that rides the line between documentary and adapted true story. It never does anything truly original or astonishing and becomes almost instantly forgettable as soon as you leave the theater.

Synopsis: The true story of a CIA employee who leaked critical information on the United States government’s spying techniques.