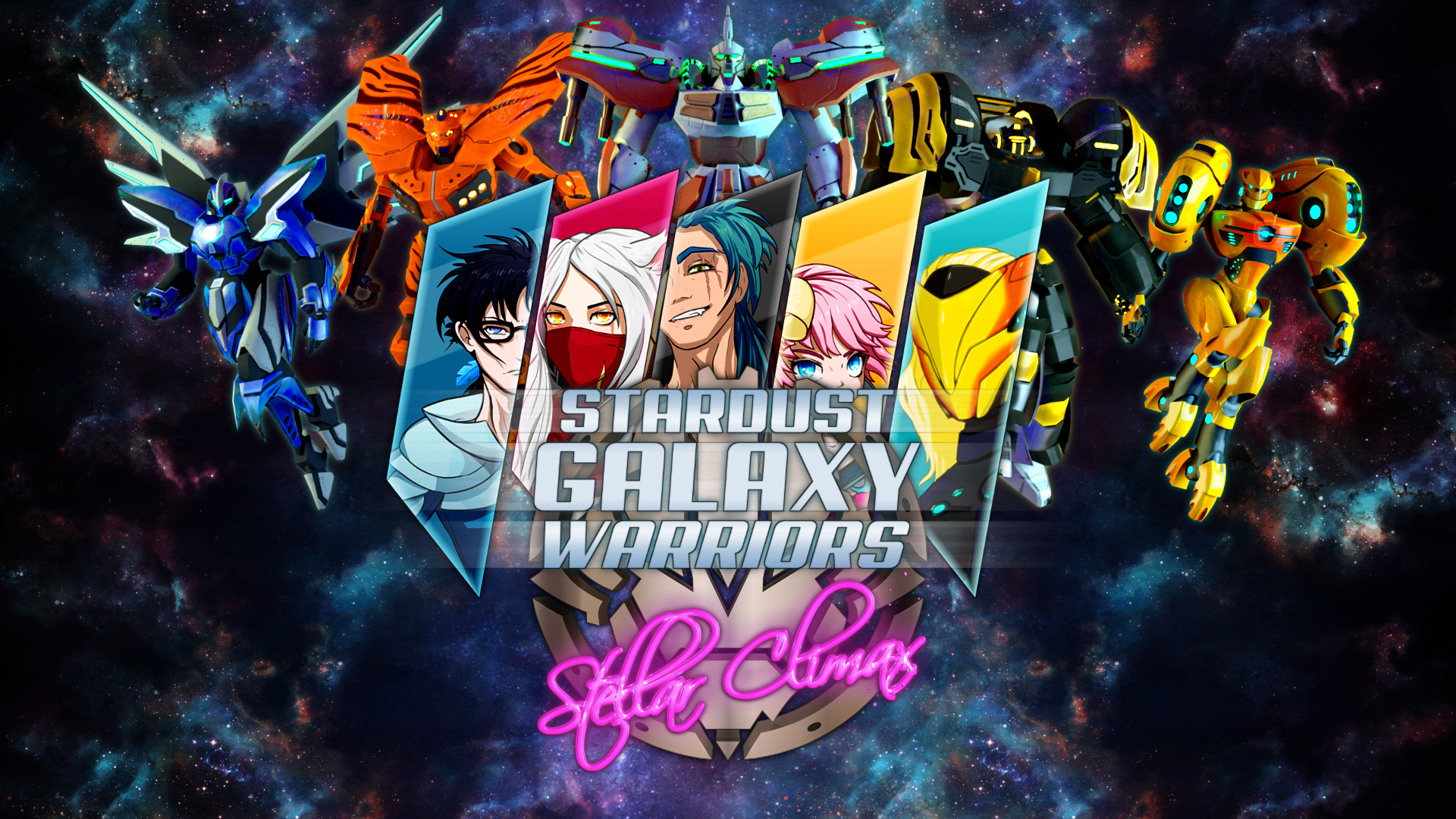 At its core, Stardust Galaxy Warriors: Stellar Climax is a fun, chaotic time-sink. In this arcade shooter, players take control of various mechs equipped with unique abilities and an array of weapons to choose from. Each level is comprised of three stages, with the simple goal of reaching the end without dying and taking out as many enemy ships as you can along the way. Stellar Climax is not a complex game but its depth surprised me, and it may just surprise you too. While the gameplay loop of Stellar Climax stays consistent, there’s more than enough customization options to cater to different play styles. Want to keep to the back lines and pick off enemies from a distance? Grab the railgun and decimate any foolish ship in front of you. Want to get up close and personal? Grab the plasma shotgun and go to town! With seven primary weapons and seven secondary weapons to choose from (in addition to the auto-equipped melee weapon) players can cater to their play style with ease. Each of the five mechs has their own unique special ability and “distortion”. Special abilities can be used at all times while distortions are more intense abilities that charge over time. Some abilities are primarily offensive, like Blue Falcon’s Falcon Barrage that unleashes a salvo of homing missiles. Other abilities are defensive, like Black Bear’s Aegis Field which gives brief invulnerability to all allies. Some abilities are a mix of both, like Amber Fox’s Vulpine Pulsar which leaves all on-screen enemies frozen in place; causing them to stop firing while simultaneously leaving them open to an onslaught of weapon fire.

The tactical differences between the various mechs truly shine in Stellar Climax’s local co-op. Up to four players can play together, which is where Stellar Climax truly shines. While the story can be played easily enough solo, having a partner(s) adds tactical depth not possible when playing solo. Sure, Black Bear can give herself invulnerability but when she can give it to Red Tiger, who then charges into a swarm of enemy ships with ferocious melee strikes without fear of damage, the game truly changes. Watching my allies and myself fly around the screen narrowly avoided the constant torrent of enemy fire was exhilarating and easily the most fun I had during my time with Stellar Climax. If what I described so far doesn’t sound like your kind of game, Stellar Climax isn’t the game for you as you won’t find any redeeming qualities in the narrative or dialogue. The chaotic, cartoony nature that works so well for the gameplay doesn’t translate to the dialogue, which more often than not comes off cringe-worthy. I had no investment in any of the characters or the overarching story, what kept my playing was the gameplay and the challenge each stage offered. Stellar Climax had two game modes outside of the campaign that I found more compelling than the campaign: Gauntlet and Challenges. Gauntlet mode is a never-ending series of stages with the goal of getting the highest possible score before dying. Challenge mode contains different specific challenges made by the developers. Each challenge was extremely unique, with modifiers ranging from limiting playable mechs to adjusting any number of the many difficulty options.

When Stellar Climax focuses on the gameplay, it is a tight, enjoyable experience both solo and with friends. The game’s simple gameplay loop makes it accessible for casual gamers, while its customization depth offers more to experienced gamers who want it. Stellar Climax is best played in shorter sessions when you don’t have the time for a deeper game session. The high-octane soundtrack and ramping challenge make for an enjoyable experience. Stardust Galaxy Warriors: Stellar Climax is available now digitally on Xbox One, Playstation 4, PC, Mac, and Linux for $10.