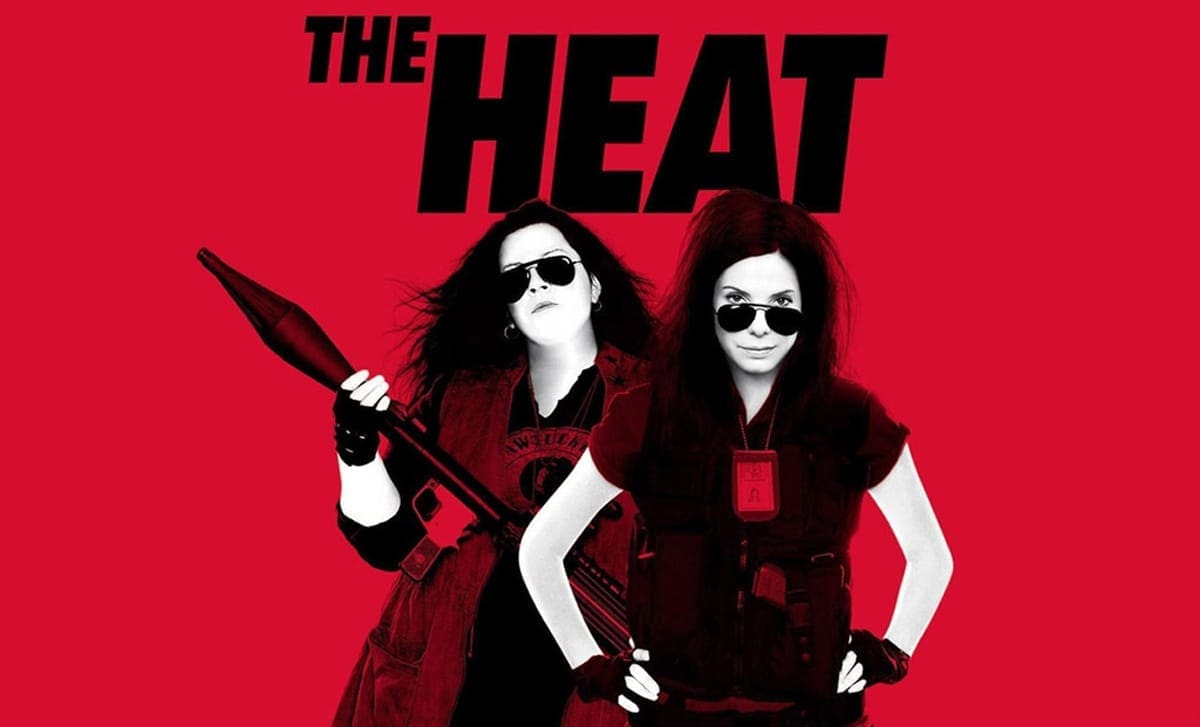 In 2011 a new type of comedic film emerged. This film was crude, unabashed, and it was full of women. The film I am speaking of is entitled Bridesmaids and it showed that the R rated comedy didn’t have to be only a man’s game. Usually when a guy hears that a comedy is primarily a cast of females, they would deem the film a “chick flick”. Bridesmaids, however. was able to go against the stereotype and show that women can be just as gross and vulgar as men, while appealing to men at the same time. That transition has aided the director of Bridemaids into being able to create a new, crass, women-centered comedy called The Heat.

The film stars Sandra Bullock as Ashburn, an uptight, by-the-books FBI agent that unfortunately gets paired up with an anything-goes undercover cop named Mullins, played by Melissa McCarthy. Ashburn is tasked to take down a Russian drug lord and to do so, she requires the assistance of Mullins who is her source of intel on the streets. They begin their relationship very rocky with both women at each other’s throats due to mishaps in communication and work ethic. However, after each woman comes to terms with what the other one can help with in terms of skills, their friendship begins to blossom and they become a two-women force not to be messed with.

The characters of Ashburn and Mullins are made to be complete polar opposites of one another. Ashburn is a cat-lover that is very respectable and smart, but is very naïve at the same time.  Mullins is a foul-mouthed tomboy that loves putting criminals away, but is OK with breaking the law in order to do so. In theory, this type of pairing has been seen in films time and time again and could have been an automatic crux that would drag the film down; yet due to the energy both women bring to the characters as well as the yin and yang situations they get themselves into, the overused trope definitely adds value to the film instead of detracting from it.

After just seeing McCarthy in Identity Thief do her best with a lackluster script, I had high hopes for her role in The Heat. Luckily my expectations were not only met, but were also exceeded with this film, as she definitely steals the spotlight from Bullock. The beginning of the film begins somewhat slowly with only moderate comedic moments, but as soon as McCarthy shows up on screen, I was laughing at least every 2-5 minutes. McCarthy’s comedic timing as well as Bullock’s character coming out of her shell will have you leaving the movie theater in tears from laughing so hard. Even in very dramatic moments throughout the film, McCarthy still cracks jokes that will almost leave you wishing you weren’t laughing because of the context of the scene.

As a whole, the plot of The Heat isn’t treading any new ground, but it’s what Bullock and McCarthy do with the characters that make the film worth seeing. While a lot of recent comedies will leave you in the cold, The Heat is a comedy that you will instantly warm up to.

Synopsis: Two women – an FBI agent and an undercover cop – are tasked to take down a Russian drug lord.

Marriage Story | Baumbach Finds The Raw Truth Of Families In...