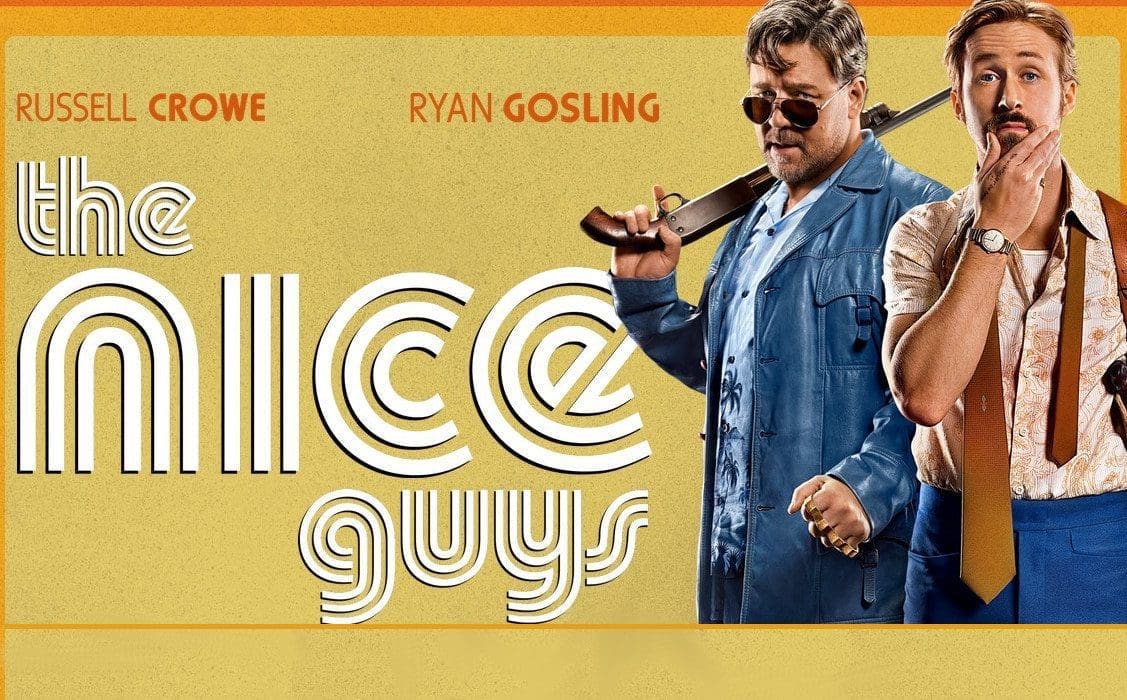 While Shane Black may not be a name that you automatically associate with, the films that he has written and directed are quite well-known. He got his big break in Hollywood by writing the 1987 classic Lethal Weapon. After that success, he would go on to write the three sequel films as well as The Monster Squad, The Last Boy Scout, and Last Action Hero. In 2005 he added director to his resume when helmed the black comedy Kiss Kiss Bang Bang and then partnered up with Robert Downey Jr. again to make Iron Man 3. He is most well-known for his insanely quip-laden dialogue and quirky characters which are even more present in his new film entitled The Nice Guys.

The easiest way to think of this film is Lethal Weapon with a 1970s twist. The humor is amazing and perfectly encapsulates the talents of Crowe and Gosling in subtle yet hilarious ways. Crowe is much more of the straight man which works perfectly when Gosling becomes a human cartoon at certain points. They have a fantastic onscreen chemistry which works so well that it harkens back to the characters of Riggs and Murtaugh. The only character that feels slightly out of place is Holland’s daughter Holly played by Angourie Rice. Even though she is supposed to be a somewhat naive teenager, her character does and says things that feel completely out of place. For example, at one point she is fearful that a bad guy is about to kill her and then right after she feels compelled to help him after he gets injured. Her character motivations seem to be all over the place.

While I liked that the plot isn’t incredibly straight forward, it is a bit overcomplicated at times. It’s not a huge detriment to the film but there were portions where I didn’t really know why the guys were at a specific location doing a specific thing. More and more elements reveal themselves as the story progresses but even looking back on it now, I’m clueless as to why certain events unfolded as they did. Nevertheless, the overall pacing of the film is exceedingly fun and enjoyable and never once was I bored or uninterested in what was taking place in a particular scene. In addition, the sound work is brilliant and every time a gun was fired or a punch was thrown it hit like a ton of bricks – like it should.

My overall favorite thing about this film is how good it is at subverting expectations. There is so much nuance, so much life to the scenes that even when you think you know how something is going to play out it completely turns the screws in such a chaotic way that it results in pure comedic gold. Plain and simple, The Nice Guys is a hysterically funny film that should not be missed.

About The Nice Guys

Synopsis: A muscle for hire and a private investigator chaotically team up to try and find a missing girl.