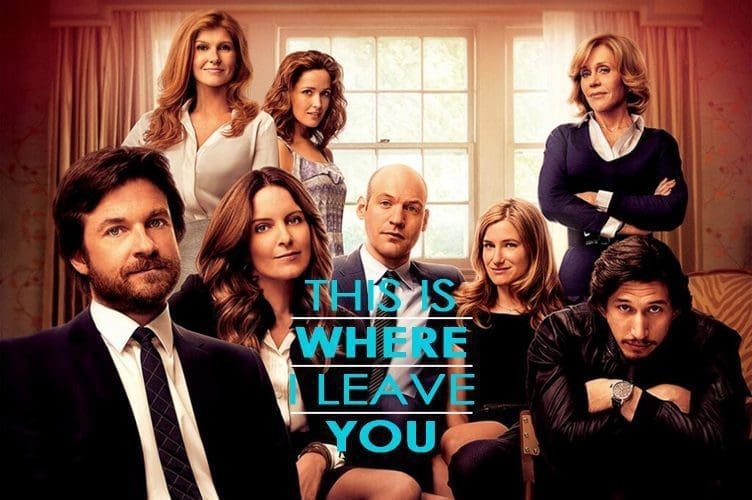 Although most people are very familiar with his films, not a lot of people know exactly who Shawn Levy is. Born in Canada and graduating from Yale in 1989 with a major in performing arts, Levy started off his directing career in 1997 with a film entitled Address Unknown. Since then he has directed numerous television shows up until 2002 which is when he made his first notable film – Big Fat Liar. Springing off of that, Levy has gotten bigger and bigger projects which include:  Night at the Museum, Date Night, and Real Steel. His newest film entitled This Is Where I leave You is a family comedy comprised of an all-star cast of comedic talent.

Jason Bateman stars as Judd, a business-focused radio producer who finds out that his father has just passed away. Per his father’s final request, Judd and his three other adult siblings must perform the Jewish act of Shiva even though their family wasn’t religious at all. Due to all of that, Judd’s family must stay together in their parent’s house for one week and somehow manage to get along.

The highlight of this film has to be its fantastically realized and fleshed-out family characters. Jason Bateman essentially plays his Michael Bluth character from Arrested Development but in a somewhat more somber manner. Wendy (Tiny Fey) is the mom that is struggling to take care of her adolescent children while also attempting to keep her marriage intact. Paul (Corey Stoll) is the guy who desperately wants to have children but may not have the adequate facilities to make that happen. Adam Driver plays Phillip who is the youngest, dumbest, and funniest of the bunch and who thinks that a relationship with an older and more mature woman can work. Rounding out the main cast is Jane Fonda who plays their mom and is outwardly open about all subjects relating to sex. Much of the humor comes from the hilarious situations that the characters are forced to be put through. At the beginning of the film, Judd walks in on his wife having an affair and instead of going ballistic (like most men would) he takes the impact in a much more solemn way which amplifies the comedic element altogether. On a different note, Wendy’s toddler is constantly carrying around and using his training toilet which adds a humorous element to even the most serious of situations. These are just some of the examples of the comedic touches that Jonathan Tropper’s script was able to infuse into what would normally be a very grim subject.

Even though the comedy is in abundance within the film, the detracting factor has to be the completely disjointed third act. While the beginning and middle of the film flowed very nicely, nearly every single scene in the conclusion felt like it was going to end the film. In addition, certain character arcs seemed to be completely rushed in order for them to wrap up nicely before the credits rolled. Nevertheless, these minor setbacks don’t detract heavily from what is altogether a very nicely put together film. If you want to watch a exceptionally dirty and funny family romp, This Is Where I Leave You would be a great choice.

About This Is Where I Leave You

Synopsis: After their father dies, four adult siblings are forced to spend the week together.