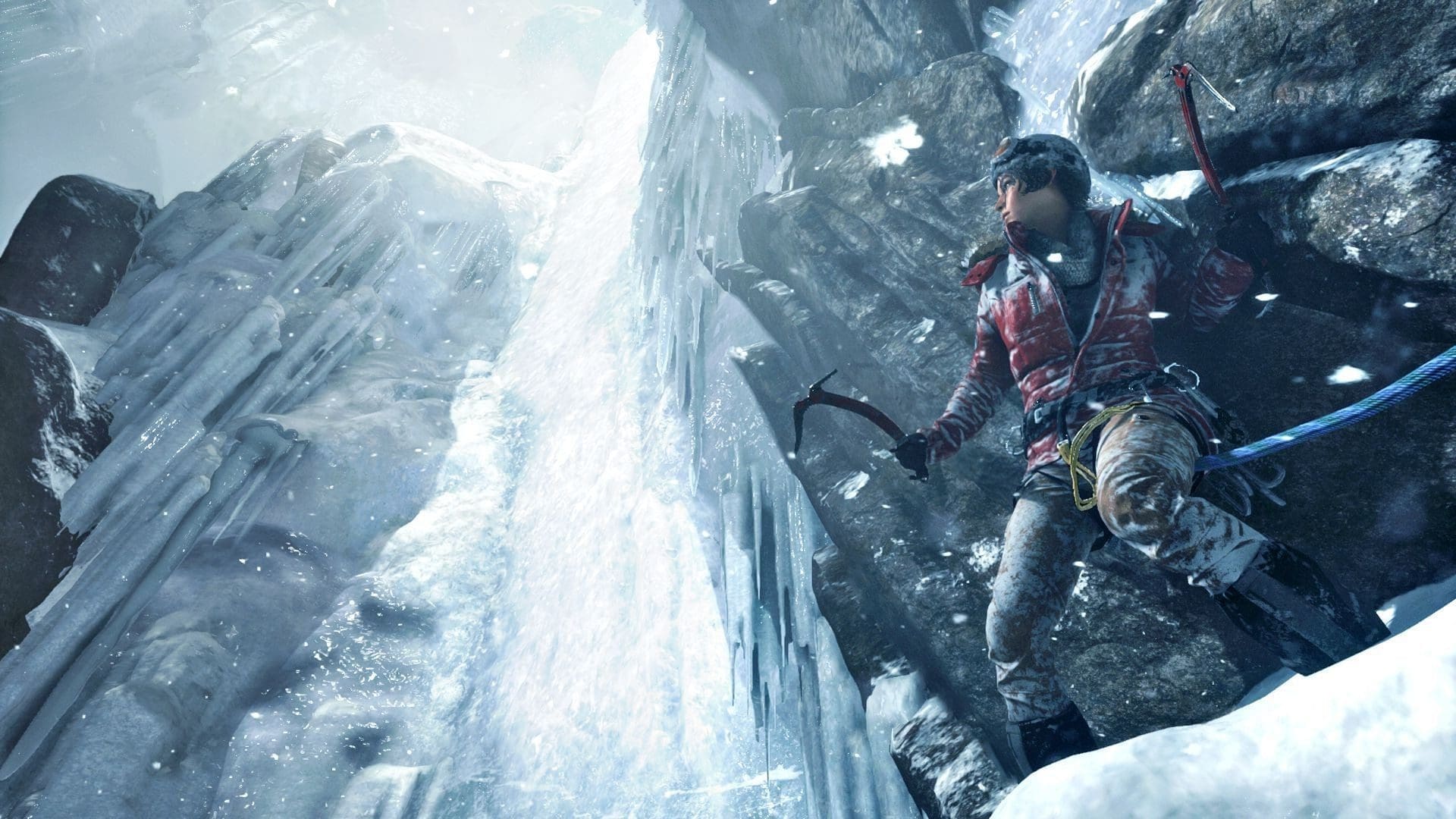 In Rise of the Tomb Raider, Lara Croft is back and better than ever. 2013’s Tomb Raider and the subsequent “Definitive Edition” had certainly earned its latter title, but Rise takes up that mantle and improves upon the already stellar formula. Set one year after the events of Tomb Raider, the supernatural climax has been covered up by an organization known as Trinity, an ancient group obsessed with finding and securing supernatural artifacts. Lara is equally obsessed with finding these artifacts with the hope of clearing her father’s besmirched name. Whereas our last adventure with Lara centered around her quest for survival after being shipwrecked on a mysterious island, this time around Lara has become obsessed with completing her late father’s last endeavour: the quest for eternal life.

The core gameplay in Rise of the Tomb Raider is virtually identical to its predecessor. Lara will once again have access to bows, pistols, rifles, and shotguns, each with craftable upgrades and attachments. Crafting utilizes multiple resources ranging from animal skins, to plants, to salvage as just one of many reasons to scour every open area for hidden collectibles. Optional tombs, murals, weapon parts, and other various collectibles are scattered all across the world for Lara to find. My favorite items to find were the various murals, journals, and obelisks (an addition to Rise of the Tomb Raider) all of which raised Lara’s skills in whichever language it happened to be in (Russian, Greek, or Mongolian). Raising language skills allow Lara to translate more complex writings which can point to various things like coin caches or optional tombs. There is one obelisk in particular I fast traveled back to the moment my Russian was good enough,  just to cross another tomb off of my list.

Exploration is the name of the game, or rather re-exploration, as many puzzles require various pieces of gear to complete. Lockpicks open various chests and doors, the rope arrows make a huge return, and other new tools like combat knives and rebreathers proved necessary in both tombs and for some collectibles like soviet flags. The fast-travel between bases makes this re-exploration easier, assuming you can remember which base is actually closest to wherever you’re trying to go when looking at the convoluted map. With such compelling content both within the main story and optional objectives alike, the replay value is extremely high. Rise of the Tomb Raider certainly puts the “tomb” in “Tomb Raider” with puzzling tombs as part of the main story as well as a plethora of optional tombs that stopped me in my tracks every single time. Solving these tombs, let alone finding them, was my favorite part of the game by far. The satisfaction of piecing together these increasingly intricate puzzles made each endeavour worthwhile, and an extra skill wasn’t too bad of a reward for the trouble. Exploring these tombs cemented the character progression that we’ve seen in Lara over the last two games. Gone is the shipwrecked girl we once knew, say hello to the Tomb Raider.

Outside of the main story content there is a mode called “Expeditions” which combines challenge modes and a variant of New Game Plus. Chapters can be replayed with various modifiers which may or may affect your final store. Modifiers range from weapon mods and character perks to silly options like big head mode. Although a more traditional New Game Plus option would have been nice, Expeditions offer some extracurricular content for those who want it. While I had fun with the modifiers, I am not sure if I’ll ever find myself buying card packs to add to my collection.

Rise of the Tomb Raider is amazing in virtually every way, improving upon the solid foundation its predecessor had laid before it. The supernatural story does not disappoint, and Lara is as captivating as ever. I was pleased to see the return of supporting cast from the previous title, like Jonah, but their short-lived screen time left me wishing for just a little more. Rise of the Tomb Raider is a rock-solid action-adventure game and the timed-exclusivity is a major win for Xbox this season. Xbox One owners need this game in their library, everyone else better mark their calendars for the PC and PS4 releases next year. This is a game you cannot afford to miss!

Titanfall: The Serenity of Man and Machine (Review)