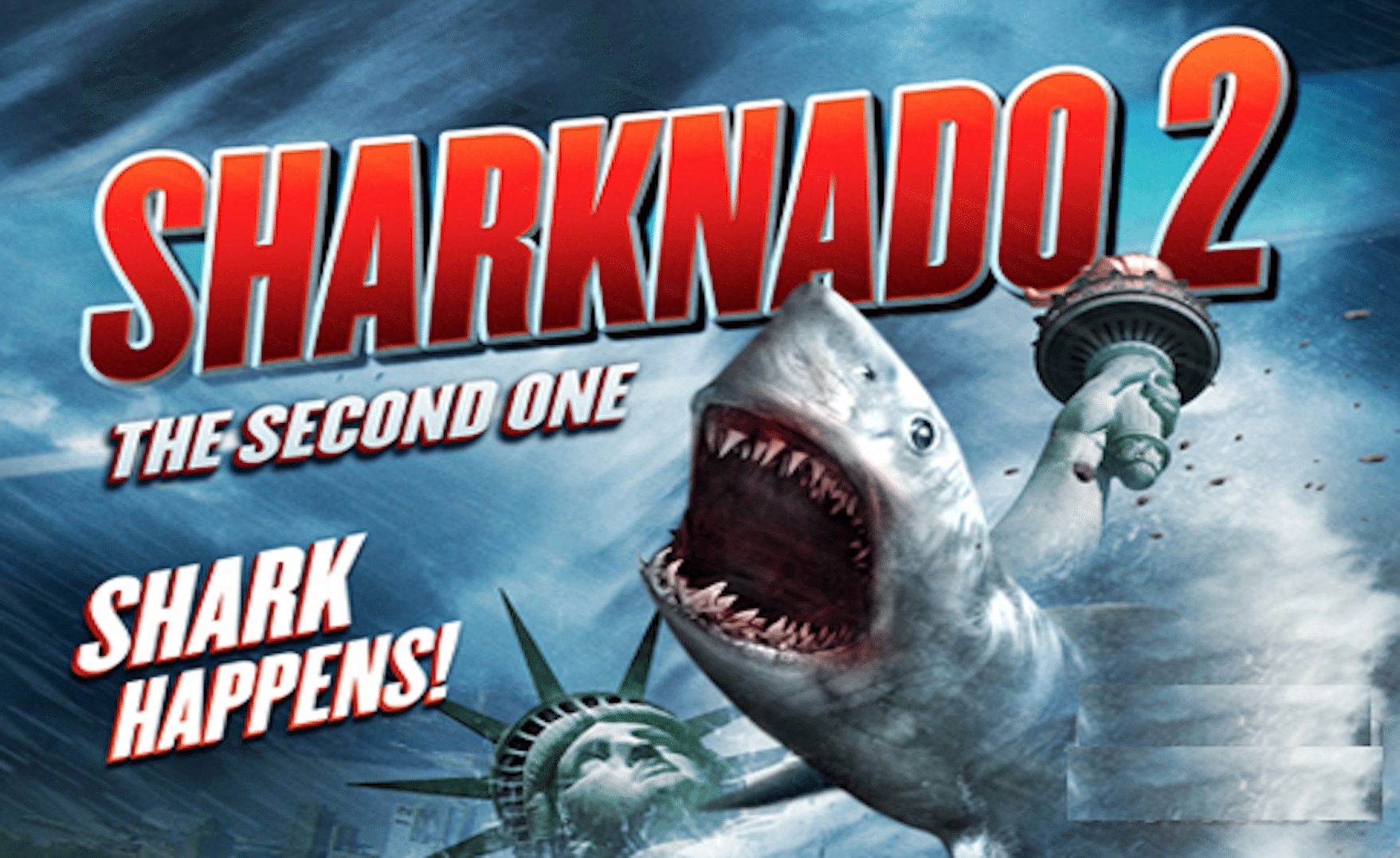 Last weekend was San Diego Comic Con, a four-day event dedicated to promoting the sequel to Sharknado. However, there were several other non-shark related announcements that you may have missed…

11. Due to an outcry from animal advocacy groups, the next movie will be called Battle for the Planet of the Simian-Americans.

10. Good news: there will be another Conan/Red Sonja crossover soon. Bad new: it will still be Brigitte Nielsen and Arnold Schwarzenegger.

8. Marvel announced that Stan Lee actually died in 1978; the person that has been claiming to be Stan is actually Walt Disney.

7. Bradley Cooper did not actually provide the voice for Rocket Raccoon in Guardians of the Galaxy; it was an actual talking raccoon, who has been providing the voice of a computer-generated Bradley Cooper for the last decade. Also, Vin Diesel really is a tree.

6. In the upcoming season, The Simpsons will be airing crossover episodes with Family Guy, Futurama, Arrow, and Ice Truckers.

5. It was announced that Godzilla will be fighting a well known monster in his next film: Guy Fieri.

4. Jealous of Marvel’s domination of the movie theaters and DC’s success in television, Dynamite Comics has announced that it will be launching a series of radio shows on the DuPont Network.

2. SDCC and the Gathering of the Juggalos will merge into one event, because do we need two events devoted to facepaint and poor hygiene?

1. The full details of the long-awaited Batman ’66 DVD set were revealed, including an episode guide and a replica Hot Wheels Batmobile. Not to be outdone, the creators of Mr Ed revealed the details of their box set, to be shipped inside an actual horse. No word yet as to whether the horse will actually talk, or just use Rocket Raccoon’s voice, like Bradley Cooper does.