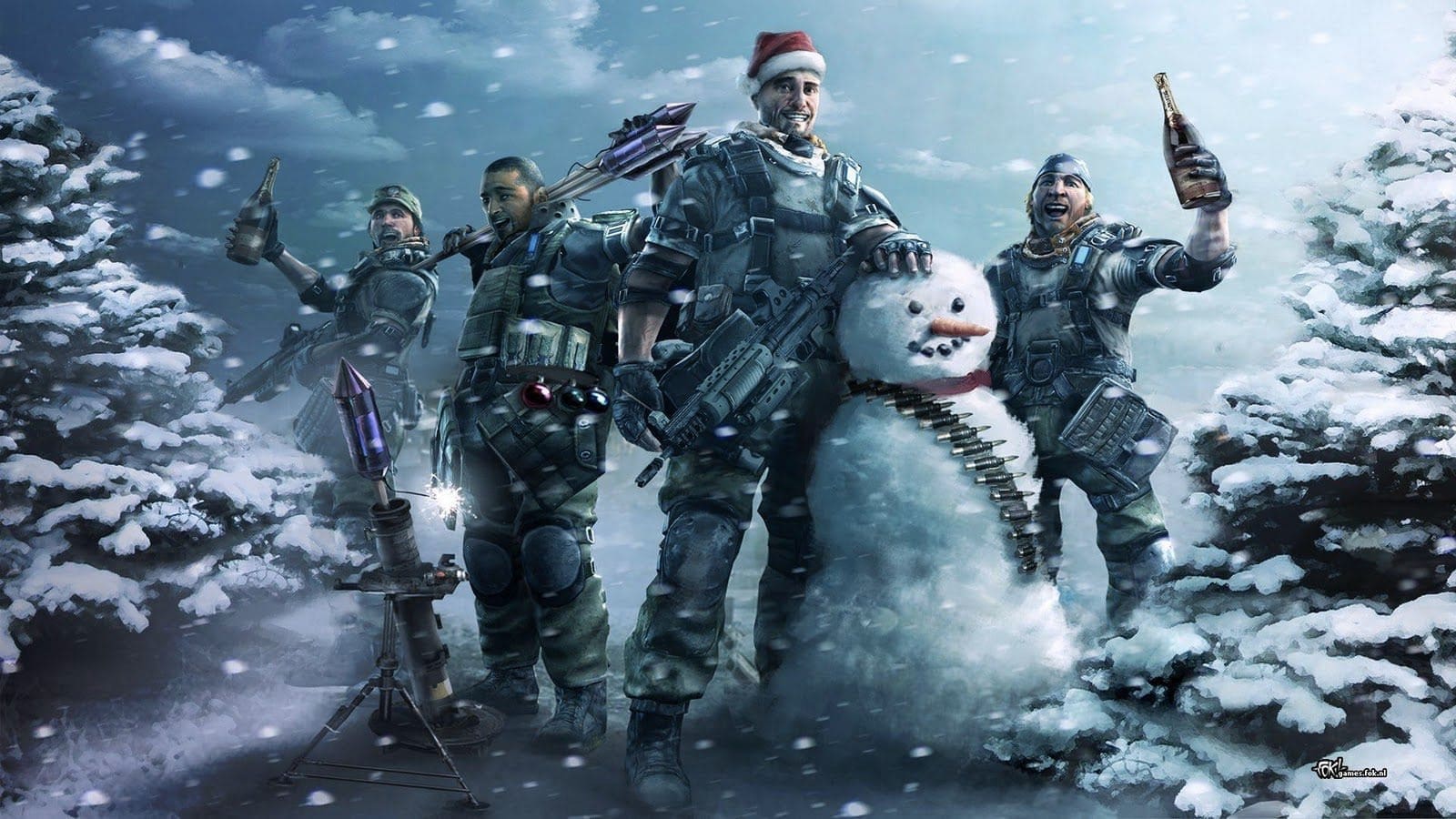 Another Christmas has come and gone, but we’re still here. We have won the War on Christmas! To show that we are benevolent conquerors, we will only impose these eleven sanctions on the defeated.

11. To promote the spirit of partnership and multi-culturalism, Santa will be replacing his traditional red cap with a blue and white yarmulke.

10. Kirk Cameron will be taken to The Hague to stand trial for war crimes.

9. Fruitcake shall be banned as a chemical weapon.

8. The North Pole will suspend their surveillance program, codename “Elf on the Shelf”, and turn over all findings to the NSA.

7. Santa may not ring a bell for the Salvation Army in front of a store without being accompanied by a Krampus playing the accordion for the Damnation Navy.

6. Greenpeace will send observers to the North Pole to make sure that the reindeer are being treated humanely.

5. The elves will be given their own sovereign state adjacent to Uganda.

4. The UN Security Council insist that the North Pole impose a Gift Sanction on rogue nations like North Korea.

3. Santa will be forced to form a coalition government, sharing power with the Grinch.

2. The North Pole will be divided into four zones of control, to be overseen by Hannukah, Kwanza, Atheists, and Moderate Christians who Don’t Mind Saying Happy Holidays.

1. Santa will be required to give all of his employees a 4 hour break on Christmas Eve, so they can go home, eat Chinese food, and watch Die Hard with their families.