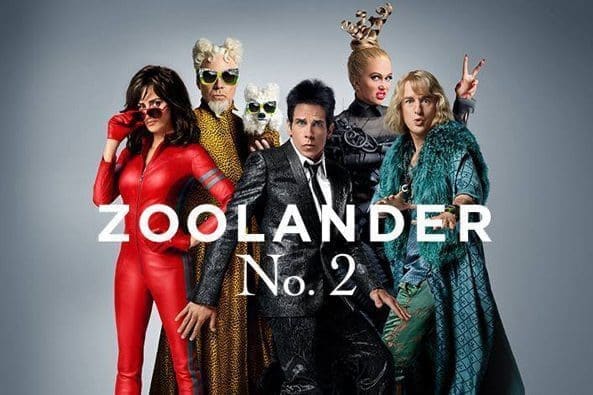 Ben Stiller has always been one of my favorite actors. The first role that I can remember seeing him play would be that of  Tony Perkis in the 1995 film Heavy Weights. I still remember how amazing he was at portraying an insane fitness nut who would stop at nothing to try and slim down his overweight campers.  From then his notoriety became more and more apparent to me after I saw him in such films as: The Cable Guy, Mystery Men, and Meet the Parents. Now even though he is mostly known for his acting abilities, Ben Still is also an accomplished director. He started on a 1987 episode of Saturday Night Live and has gone on to direct: The Ben Stiller Show, Reality Bites, Tropic Thunder, and his newest addition – Zoolander 2.

The new film takes place several years after the first one and both Derek (Ben Stiller) and Hansel (Owen Wilson) have gone their separate ways due to a tragic event that happened at “The Derek Zoolander Center for Kids Who Can’t Read Good and Who Wanna Learn to Do Other Stuff Good Too”. While in deep seclusion, Derek and Hansel receive an invitation from a new fashion designer named Alexanya Atoz (Kristen Wiig) to model at her new fashion show. While at the show, an Interpol police officer named Valentina (Penélope Cruz) informs the men that someone is killing off famous celebrities who all instagram themselves with Derek’s signature look right before they die. Now it is up to the trio to find out what is really going on and stop more celebrities from being killed.

I have always been a big fan of the original Zoolander and I still absolutely love how it holds up today. Some of the fashion references are a bit dated but the humor and perfect portrayals of dimwitted models are still insanely hilarious. While Zoolander 2 attempts to recapture a lot of that same absurdity, it unfortunately over packs the film with a lot of needless CGI and celebrity cameos. The first film had a very tongue-in-cheek sensibility about keeping the characters grounded in a somewhat realistic world, but now it feels like we are stepping into a kind of a live-action cartoon. At one point in the film they map a famous comedian’s head onto a little boy’s body and while the effect is pretty funny, it completely detracts from the believability of the scene the longer that it goes on. Overlooking the absurdly cartoonish elements, the film is still packed with tons and tons of uproariously funny moments. One scene in particular that involves Justin Beiber had me laughing hysterically for a good two minutes due to how long the film lingered on specific shot. Another great moment involves Mugatu explaining his evil plan to Derek while Derek attempts to understand it in his completely illogical logic. The one thing that a comedy must succeed at is making you laugh and Zoolander 2 doesn’t disappoint in that aspect whatsoever.

Even though I do think that the first film is a more solid comedy as a whole, Zoolander 2 is a great sequel that fits very well within the franchise. So if you are a fan of the first film or just want to enjoy some great absurdly funny humor, let Derek Zoolander entertain you yet again.

Synopsis: Derek and Hansel must team-up again to find out who is killing off famous celebrities.