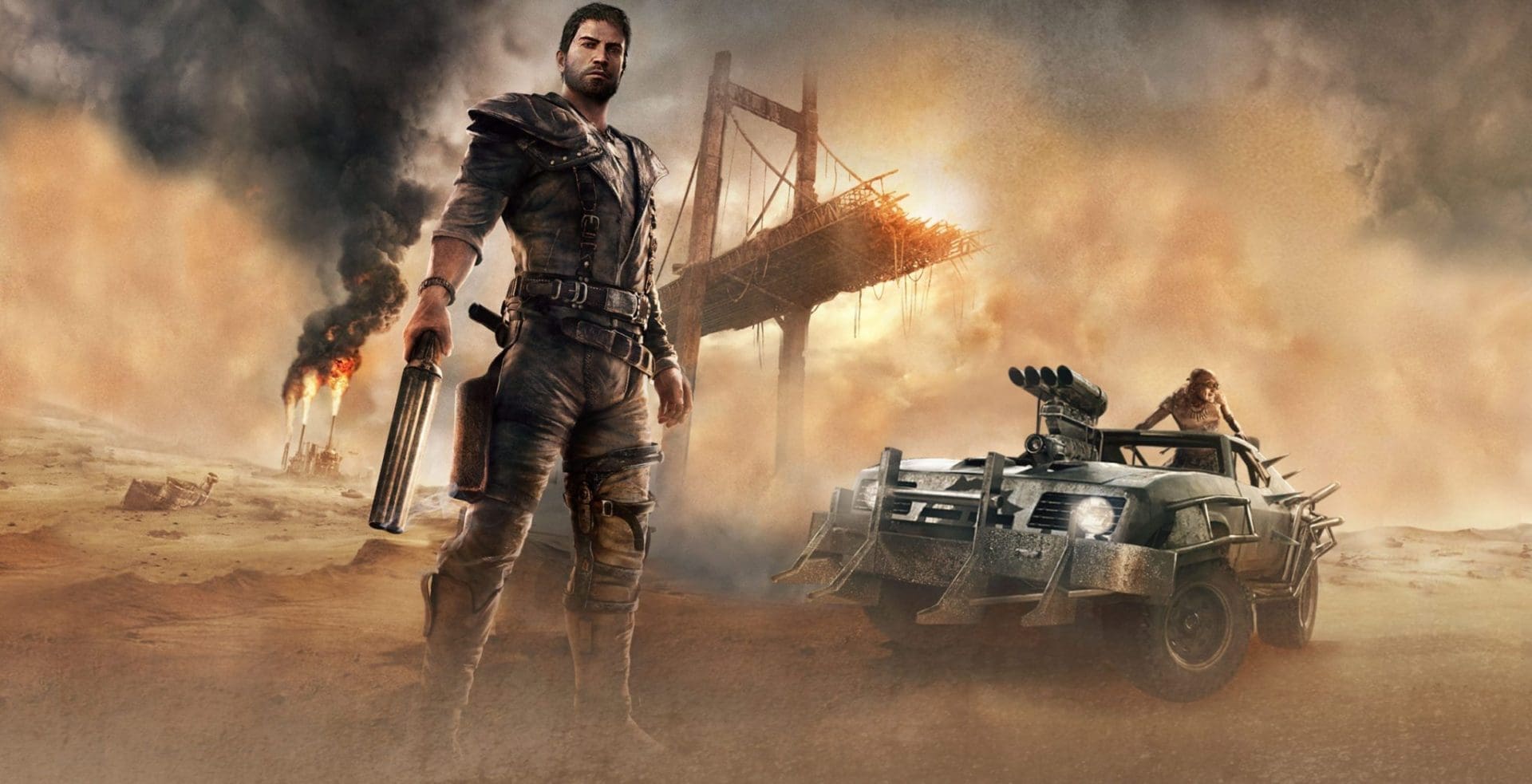 Fall is officially upon us which means the holiday season of games is about to get very busy, very fast. There are an incredible number of games slated to release this holiday season, and it can be easy for many of these games to pass us by. I want to take this chance before things get too hectic to highlight some big games coming from WB Games that you will not want to miss.

Hot on the heels of the popular and successful Mad Max: Fury Road comes another, albeit unrelated, Mad Max adventure in the rugged post-apocalyptic Australian outback. This story follows Max as he has his prized Interceptor stolen and tries to survive the wandering gangs and marauders as he builds a new ride. The game focuses a lot on vehicular combat as you construct your ideal death machine to fight for food, fuel, and other resources. The combat outside of vehicular warfare is reminiscent of two other major titles from WB: the Batman Arkham series and Shadow of Mordor. This combat system is tried and true, and is just about as good as it gets for action-adventure games. WB has demonstrated a prowess with open world games in the past, and Mad Max certainly follows suit. Fans of both Mad Max and past WB open world adventures should definitely pick up a copy, and you can also check out our full review in the coming days!

If anyone could break into the already crowded “Toys to Life” category (where figures are used in tandem with the game) it is Lego. Lego has the legacy and rapport with millions of people already with their figures, not to mention the range of games they have partnered with WB games to create. From Indiana Jones, to Harry Potter, to Marvel and more, a wide array of franchises have been turned into successful Lego games over the past few years. Lego Dimensions already aims to remedy complaints often associated with this genre of games. This initial starter pack will be the only starter pack they ever use. No annual portal change nor new disc (Skylanders and Disney Infinity), simply more and more add-on content from the multitude of franchises Lego has at their disposal.

Lego has already announced FOURTEEN different franchises that will be packed into Lego Dimensions. From popular television shows like Doctor Who and Scooby Doo, to hit movies like Jurassic World and Back to the Future, and even other video game series like Portal and Midway Arcade! Other included series are: DC Comics, the Lego Movie, Lord of the Rings, the Simpsons, Ghostbusters, Lego Ninjago, Wizard of Oz, and Lego Chima. Figures from every franchise will be interchangeable in other sets, for example Marty McFly can run around fighting Indominus Rex if he so wishes, and as you earn upgrades in-game you will get instructions on how to rebuild figures and vehicles in real life, which will then be represented in-game.

It is evident that the amount of content coming to Dimensions is quite staggering and has something to offer a wide range of fans of all ages. Many, many voice actors are reprising their roles for these characters such as many of the Doctors in Doctor Who, Chris Pratt in Lego Movie and Jurassic World, and Troy Baker as Batman (like the other Lego Batman games). The commitment to quality and content looks to secure Lego’s foothold in this highly competitive genre.

Finishing up WB’s lineup for the holidays comes Lego Marvel’s Avengers shortly after Christmas. This second installment in the Marvel series of Lego games follows the wildly popular Avengers movies and will use audio from both films (instead of voice acting like the previous entry). The roster stands with over 100 playable characters pulled from both the movies as well as the comics, appealing to both sides of Avengers fans. The Avengers, and Marvel in addition, are notably absent from Lego Dimensions whereas DC and Lord of the Rings make a return. This could be a move to spread out the love, as it were, and not get too crowded, however it should be noted that the absent series’: Star Wars, Indiana Jones, and Marvel are all Disney properties which could have potentially resulted in a conflict of interest when competing with Disney Infinity. It remains to be seen whether Dimensions replaces the many standalone Lego titles, but it is clear that Marvel warrants its own release and I personally cannot wait to get my hands on it this winter.

Fresh off of one release, and rapidly approaching another, WB has a strong lineup this holiday season with Lego Dimensions providing a substantial longevity not seen in most games. Lego is a dominant part of WB’s lineup for the foreseeable future and especially for the holidays. With the exception of Mad Max’s mature content, WB is appealing to fans of all ages with their next releases which should take full advantage of the holiday season. Another strong feature of WB’s lineup is the local co-op found in Lego games, a wildly underrated feature in games today. I am interested to see the next action-adventure title from WB, but in the meantime it seems we will have our fill with more amazing Lego content. For more Holiday Highlights, as well as content from WB Games, keep checking back with us here at GNN!

Rolling the Dice – It Begins!