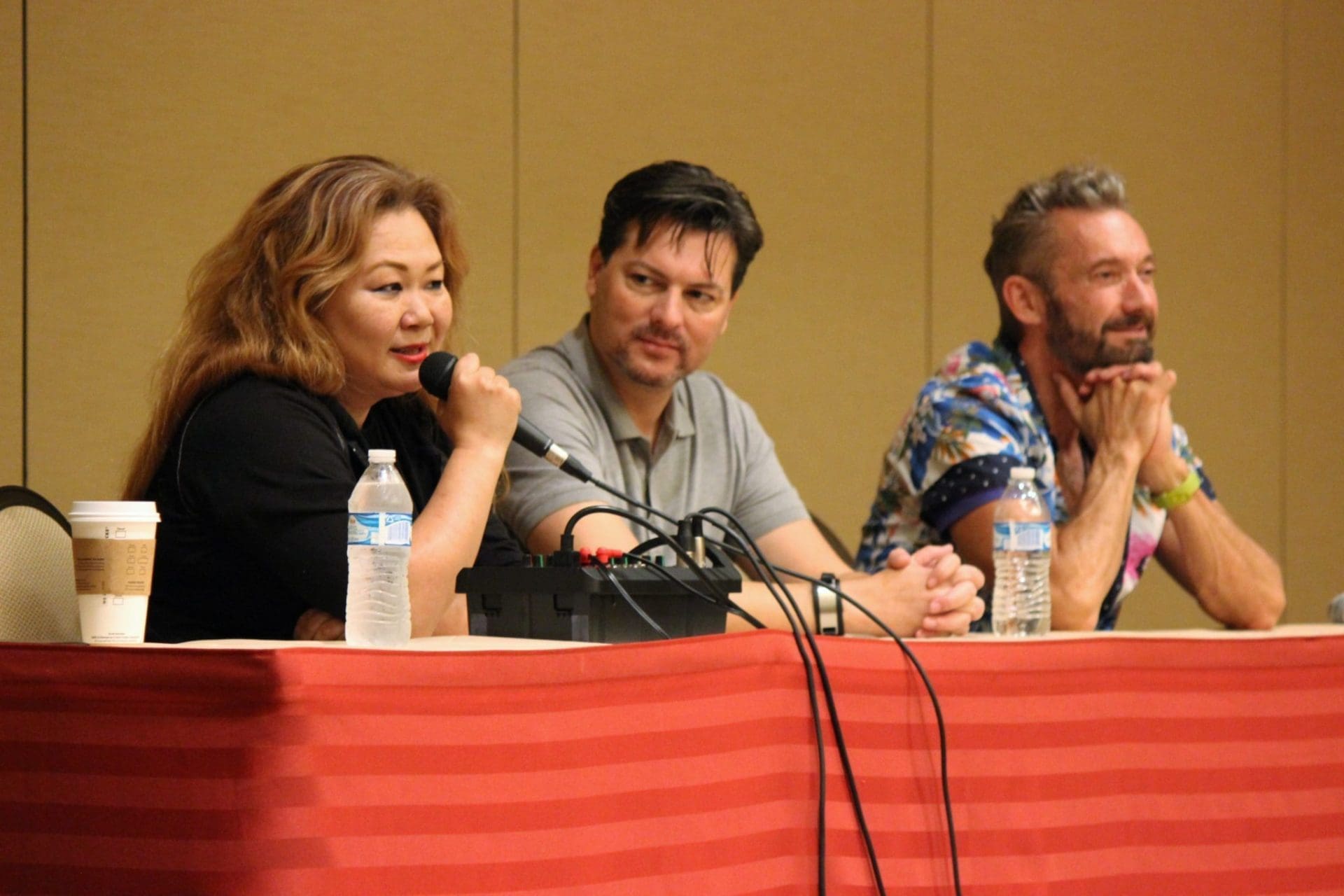 From electronic keyboards to composing for best-selling video games, Rika Muranaka has done quite a bit in her music career over the past few decades.

A special guest at this years’ Saboten Con 2015, Muranaka discussed her beginnings in the music industry in Japan, plans for future projects and of course, her longstanding work with Konami games.

Known for crafting the iconic themes of Metal Gear Solid, Muranaka was a jazz and hip-hop music artist long before she started work on the video game soundtracks that would make her internationally known.

“I had a record deal and released four albums. I was on TV, doing everything from jingles to writing music for artists.” explained Muranaka in an interview on Sunday. “I was actively performing almost every day, rather than just writing music.”

At one point, she explained, she had even worked on the pre-programmed beats and sounds for electronic keyboards, as well as producing music covers for educational textbooks and materials. That all changed quite a bit when she answered a job ad from Konami calling for a composer.

Muranaka detailed that the shift from an everyday musician to a corporate environment was full of hard work and learning experiences in business. Her first Konami projects included songs on Castlevania: Symphony of the Night and collaborating with Akira Yamaoka on the soundtrack for the classic horror game Silent Hill. After that, she moved on to what would be an almost 20-year working relationship with Hideo Kojima on the Metal Gear series.

“When Hideo asked me to write music for Metal Gear Solid, he just told me ‘I just don’t want to hear English lyrics, I don’t want to hear anything that I would recognize in the language.’” explained Muranaka. “So I said to him that I could write the music in Gaelic and that would be really different… …He’s like ‘What the hell’s Gaelic?’”

After listening to hundreds of CD’s with traditional Irish music (and a few trips to Irish pubs admits Muranaka), Metal Gear Solid’s signature song “The Best is Yet to Come” was born. This would lead to three more major MGS games in which Muranaka produced more iconic themes for such as “Can’t Say Goodbye to Yesterday,” “Don’t Be Afraid,” and “Snake Eater.” Muranaka also brought in famed movie composer Harry Gregson-Williams to work on the games.

Now Muranaka has departed from Konami and is working on several projects of her own. The first being a reality TV show called “Hollywood Dream” in which she and another music producer will document their vetting of a musician in efforts to make them a star; as well as some interesting asides (like teaching Snoop Dogg how to drift race). Muranaka is also working on an accompanying video game for the show, a drifting video game, and launching her own music label. You can follow her work on her Youtube channel or updates via Twitter.

Watch our interview with Muranaka below: