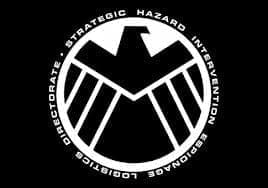 The internet is buzzing: Joss Whedon will be the executive producer and show runner of a new TV show, based on the exploits of S.H.I.E.L.D.  Any TV project of Whedon’s is buzzworthy, let alone one spun off from his megahit, The Avengers.

Details regarding the series itself are sparse.  However, the announcement comes on the heels of Disney/Marvel’s announcement that Whedon has signed an exclusive three-year contract, which will culminate in Avengers 2 in 2015.

In an interview with Vulture.com, Whedon was ambivalent about his level of involvement in the writing of the new show, with all of his Marvel obligations:

“It is unbelievably daunting, especially because I don’t want to lose sight of all the other things I have on my docket and in my heart. So, it’s going to be an insane few years, but I feel ready for that. It’s an unholy amount of productivity, but as long as I give it all I can, it’s a good thing. What’s great is that the deal with Marvel is nonspecific, so I will give all I can, but the moment I can’t, I just walk away.”

However, Whedon’s return to television, even as an executive producer is more than enough to get geeks’ hopes up.  Up until the smash-hit The Avengers, Whedon was mostly* known for his TV work, including Buffy the Vampire Slayer, Angel, Firefly, and Dollhouse.  With his success on the blockbuster The Avengers, he has transitioned from the high-end of cult favorite to mainstream success.

This success could mean that the phantasm of cancellation won’t be lurking over his shoulder.  Both Firefly and Dollhouse, two of his more recent TV series, were canceled after tragically short runs.  Whedon evidently still has some concerns about this, per his interview in Vulture:

However, Whedon has a solid team with him.  The same announcement also named several other executive producers.  The ledger reads like a Whedon reunion, including his sometimes collaborator/always brother Jed Whedon.  Additionally, Maurissa Tancharoen, who was a major writer on Dollhouse and even made a cameo in Dr. Horrible’s Sing-Along Blog as a Hammer fangirl, has also been named as a producer.  Jeph Loeb and Jeffery Bell were also named as executive producers.

*No, I didn’t forget about Serenity.  Browncoats forever.

Concert Review: Eluveitie, Wintersun, and Varg – with locals Adavant and...