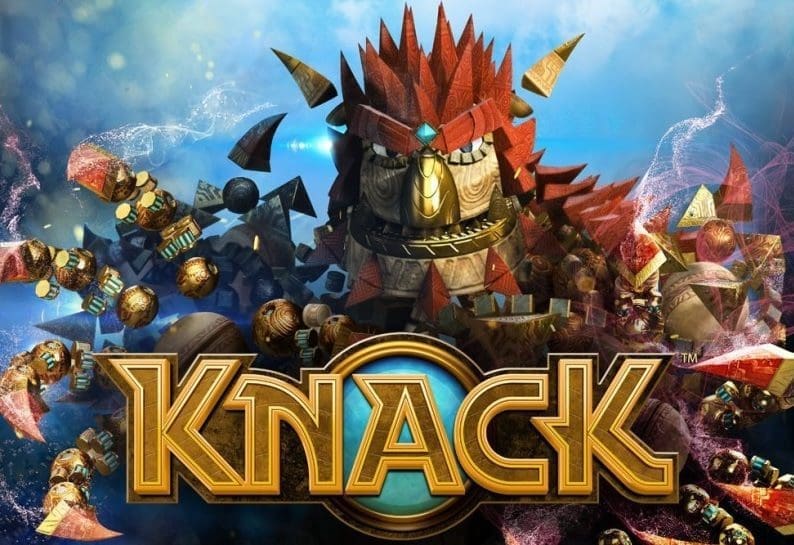 As with most console launches as of late, the software pickings are a bit slim to start with the PS4 touting two major PS4 exclusive titles: Killzone: Shadow Fall and Knack. Knack is a particle-effect driven, beat’em up style game directed by Mark Cerny (producer of Crash Bandicoot), but is his latest next-gen foray worth buying? The games’ namesake Knack, is an adorable creature comprised of stone relics discovered by The Doctor, a somewhat pudgy inventor of sorts. The story begins with an advanced goblin attack on a human settlement, after which The Doctor enlists himself and Knack as volunteers to find out the source of the goblins’ high-tech weaponry and aggression.

As the story progresses, there are hints that Knack may find out what exactly he is and why he can arrange himself with relics like he can, but the game never seems to want to elaborate on that. Knack simply is what he is: a small stone Golem with the ability to become a behemoth brawler that back-sasses the Doctor every so often. It is in this that the overall story (spread across 13 chapters) drags out and ultimately falls flat. There are too many attempts at creating drama with very little payoff and any humor comes in small, unsatisfying instances. Knack truly shines here as the paragon of simplicity. There is one button to attack, one to jump, and one to launch a super move; that’s it. Combos simply take the form of mashing square until enemies fall down. There is an evade maneuver assigned to the right analog stick, but Knack can usually get through most fights by punching first and often.

Despite the controls being so simple, Knack’s gameplay can be truly frustrating thanks to the fixed camera angle used. One too many times I found myself missing a hidden room for collectibles or knocked in the back of the head by an enemy obscured by the camera angles’ blind spot. Given that most enemies can kill you in 2-4 hits (regardless of how large you amass Knack with relics), this becomes especially annoying with more than three enemies in a given area.

A nice mechanic used however, is Knack’s ability to draw different items into his body such as icicles, clear crystals, wood, and metal to suit certain environments. When these moments came up in the game, it made the experience a heck of a lot more fun and challenging.

However, Knack truly shines as a PS4 game due to the fact that its animations, art style, and environments are gorgeous. Whenever Knack sends relics flying in an energy burst or, more often than not, gets wrecked by an enemy, the game treats players to a huge splay of multicolored particles. The different areas of the game range from a dense forest, to high-tech factories, to ancient temples and much more; while the fighting animations are fluid and show just how much graphics processing power the PS4 has at the game’s disposal.

Overall, Knack is a beautiful, if flat, game. The frustrating fights and dull story paired with the sharp and colorful animations make Knack a better demo than full-fledged game experience. It is definitely better suited for a younger audience of 10 and under, but for those who purchased a PS4 to experience a whole new era in gaming: Knack may not be what you’re looking for.