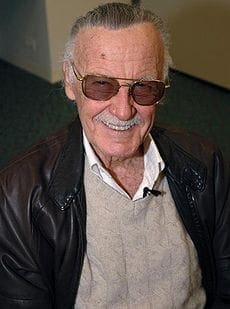 Start the New Year off with the biggest comic creators of all time coming to the Phoenix Convention Center for AMAZING ARIZONA COMIC CON January 25-26-27. The legendary architect of the Marvel Universe, Stan Lee will spend the entire day on Saturday meeting with fans, signing autographs, posing for pictures, and answer questions in an exclusive panel presentation. Stan Lee is best known for creating Spider-Man, The Avengers, X-Men, and more. Though he is 90 years young, this is your best chance to meet this comic book icon, appearing for one day only!

Stan Lee headlines an impressive guest list with Jim Lee- the best-selling comic artist of all time. While Stan Lee represents the glorious past of Marvel, Jim Lee represents and shining future for DC Comics with top charting work on Batman, Superman, and Justice League.

Head over to Amazing Arizona Comic Con 2013 for all details including ticket prices, guest list, and so much more!

Top 11 Things Geeks Have to Be Thankful For