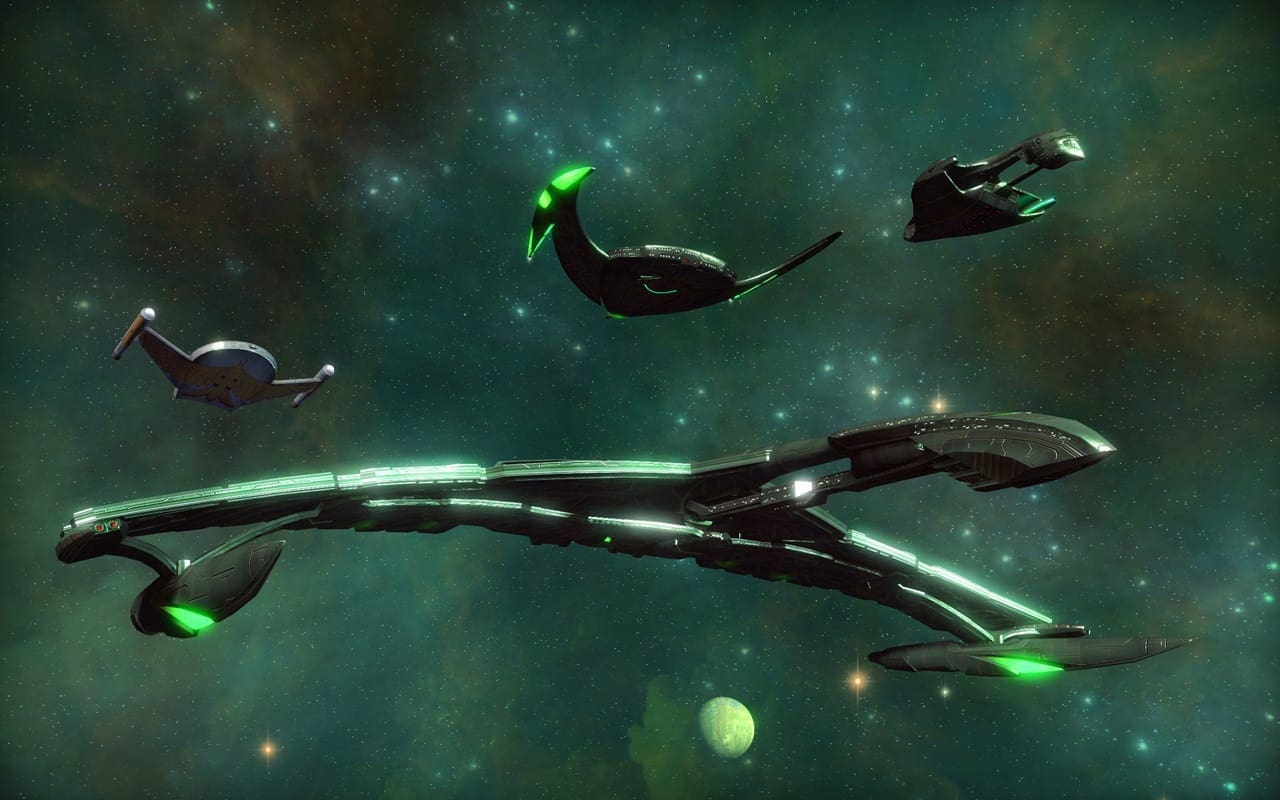 Star Trek Online, now there’s a game I really should be playing. Is it because the game, at its core, was always highly enjoyable? How about the fact that it has improved and grown vastly since I stopped playing it? Probably all of these reasons, but most importantly being my lifetime subscription. Well, it appears I have found a reason to hop back into the online world of Star Trek — for once it’s not my stepfather’s occasional prodding.

Earlier today the 3-year-old game’s first expansion was announced, titled Legacy of Romulus. Since Star Trek Online’s inception it has always been assumed that one day Romulans, the third side of the Federation and Klingon neutral zone, would become playable. That time is now!

Romulus and Remus are gone. You are one of the survivors, struggling to survive in the aftermath of unspeakable destruction.

These are dark and dangerous times for your people, as the Tal Shiar crack down on any dissent and mysterious beings unleash terror throughout the far-flung colony worlds.

You will be the one to reshape an empire. Gather allies, go undercover and find the proof that will rally your people to revolt.

Together, you will rise up against an oppressive regime and demand freedom. You will fight for your people.

You are the Legacy of Romulus.

In Legacy of Romulus players are given the option to play as both Romulans and Remans in a new story-driven series of missions. Though it should be noted that just because the Romulan area is now opened, you can still of course start new Federation and Klingon Empire characters. Nothing has been stated about whether Romulan or Reman characters can join Starfleet or the Empire, but one would assume that it will be released as a microtransaction sometime after launch.

Leading the Romulan Empire is Empress Sela, who Star Trek: The Next Generation fans may remember. Denise Crosby, who played both Tasha Yar and the aforementioned Sela, will be reprising the role for story missions. The story appears to consist of uncovering the truth behind a horrifying enemy in the Beta Quadrant.

Additional features being added with the expansion include a Tholian Reputation feature for max-level characters, more customization for the game’s trait system, and an improved user interface.

So far this expansion announcement has me intrigued about a possible return to my roots in Starfleet. While no pricing information has been announced, Legacy of Romulus is scheduled for release on May 21st, 2013.

What are your thoughts on this first expansion to the space-faring MMO? Does it excite and intrigue you or is it too little, too late?
[SlideDeck2 id=9271]