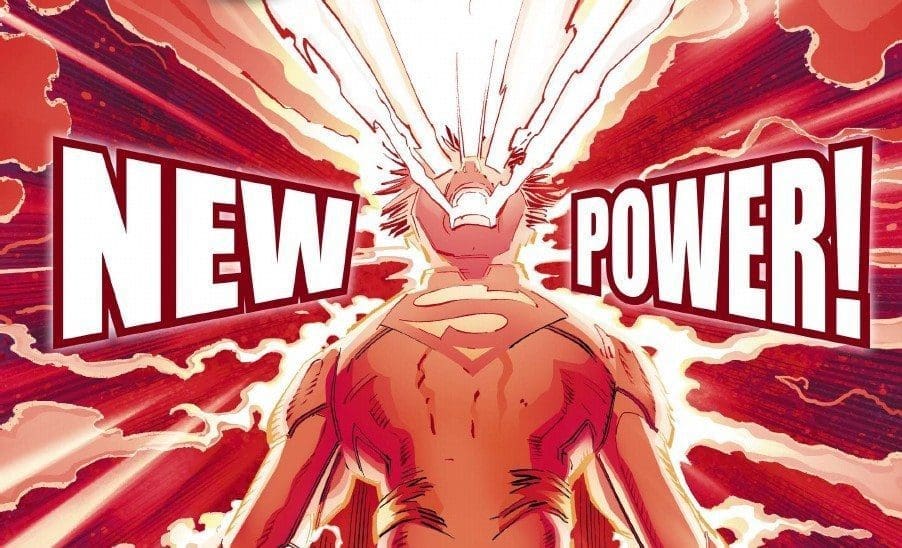 In this week’s issue of Superman, he uses a new power for the first time, Super Flare. However, this isn’t his only new power, just the only useful one…

11. The ability to get to the center of a tootsie pop in only two licks.

9. Understood the ending of Lost.

8. Can explain Hawkman’s continuity in a way that makes sense.

7. That curl that is always falling into his face can now extend and snap a dude’s neck up to 20 feet away.

6. Can produce a film based on a beloved novel without splitting it into a trilogy.

5. Can complete a 1 yard touchdown pass on the second down.

4. He can use the phrase “This Sick Beat” without being sued by Taylor Swift.

3. His cape will flutter in the wind, even in the vacuum of space.

2. Can make a “That’s what she said” joke that is still funny.

1. Can tell Aquaman that he’s doing a great job while keeping a straight face.