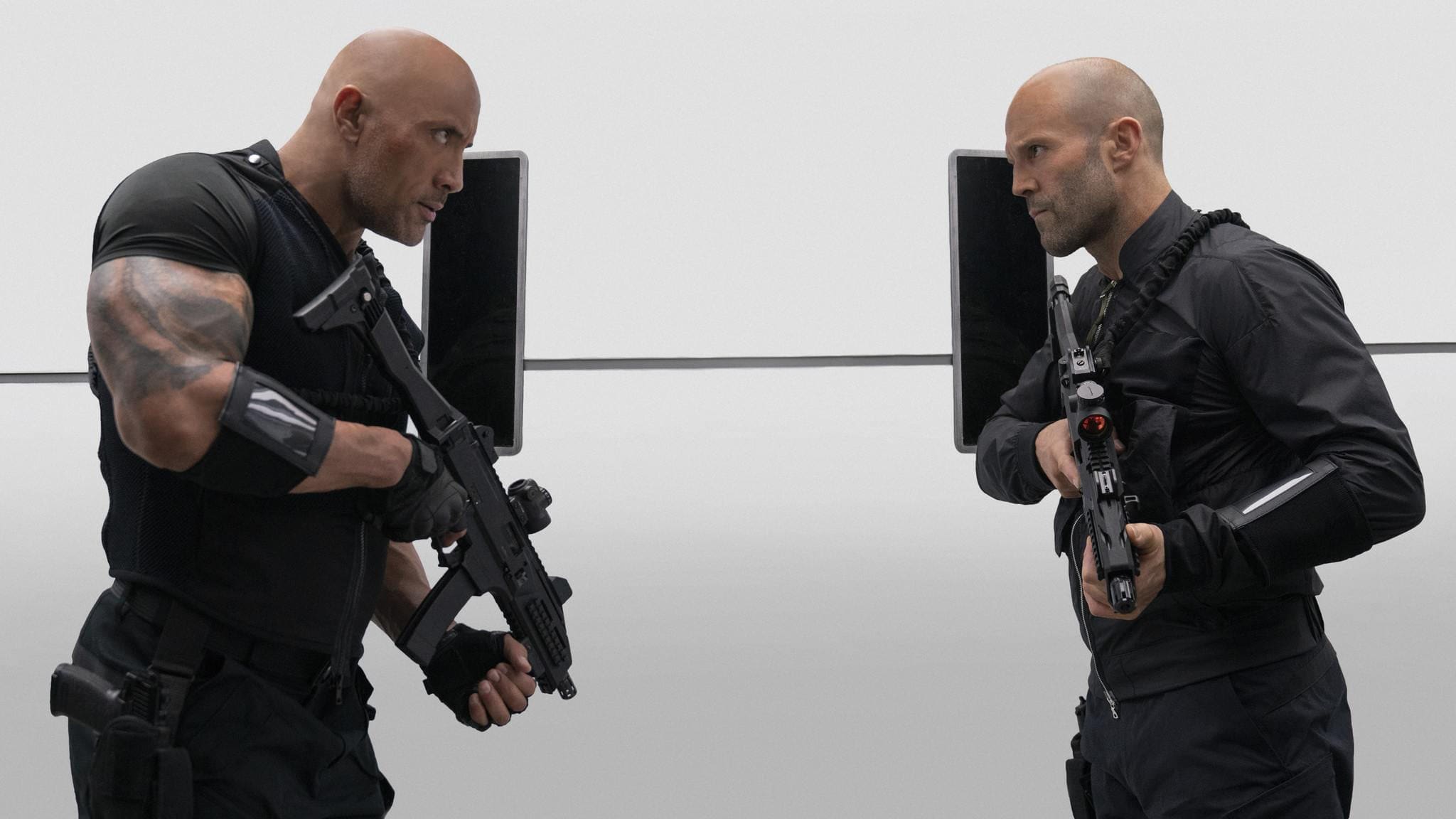 The Fast and the Furious released in 2001 and focused heavily on racing with a touch of criminal activity that went right alongside the racing aspect of the film. Fast-forward 18 years and we’re now at the first spin-off for the series, which also marks the ninth film release. Fast & Furious Presents: Hobbs & Shaw takes two fan favorites from the more recent entries in the series and gives them their own film. The results are a bit varied, so let’s take a closer look in our Hobbs & Shaw review.

If you’ve watched any recent Fast & Furious film, you should already have a general idea of what to expect. A major threat is facing the world and the only way to stop it is if Luke Hobbs (Dwayne Johnson) and Deckard Shaw (Jason Statham) join forces and beat up the bad guys. Joining in on the action is Deckard’s sister and MI6 agent, Hattie Shaw (Vanessa Kirby), as well as a couple of surprises that we won’t spoil here.

The big bad guy is Brixton (Idris Elba), who does well to hold his own against Hobbs and Shaw. He’s a formidable villain with some crazy stunt sequences, but not a lot of depth. Still, for this kind of film, Brixton is the perfect threat to give our heroes a run for their money. He’s not quite “Black Superman,” as trailers would have you believe, but he’s definitely close to it in many ways.

While that might sound like a nice ensemble cast, it pales in comparison to the Fast & Furious films that bring together Dom (Vin Diesel), Letty (Michelle Rodriguez), Roman (Tyrese Gibson), Tej (Ludacris) and many more. As much as the mainline films harp on family, the lack of that family is sorely missing in Hobbs & Shaw. The titular characters are still genuinely enjoyable, and the action is still over the top, but it’s a distinct step down from the last few films in the franchise.

David Leitch directed Hobbs & Shaw coming fresh off directing Deadpool 2, and having a big hand in the first John Wick film. With that kind of resume you would think the action sequences would be second to none. While most of the action is on par or slightly below the last two Fast & Furious films, there are a few odd moments that lack a punch. Astute moviegoers may pick up on these, while others will likely just get swept up in the big action sequences, but for those paying attention, something may feel off here and there.

Action sequences in Fast & Furious films are generally so ridiculous you can’t help but enjoy the visual spectacle unfolding before your eyes. While Hobbs and Shaw certainly offers plenty of high-flying action, the last two films have set the bar of ridiculousness so high that the spin-off just can’t keep up. Perhaps if this spin-off somehow followed Fast & Furious 6, or even Furious 7, it might have been a little less underwhelming, but as it stands, the main series just eclipses everything you’ll see in Hobbs & Shaw.

All of that is not to say Hobbs & Shaw is lacking. When viewed as a standalone film it still offers plenty of crazy action sequences, and even a few big laughs. But if you’ve seen the last few films, it’s very difficult to look at Hobbs & Shaw as if those films don’t exist. It also doesn’t help that the film feels very heavily influenced by Dwayne Johnson. There’s a lot more exposition in this film compared to other films in the series, and the entire third act feels disjointed from the rest of the film.

If you’ve seen The Dark Knight, you may recall that the last 20 minutes of the film feels as though it doesn’t quite need to be there. You can remove the boat sequence and the outcome of the film doesn’t really change all that much. It feels like an extra piece that simply doesn’t belong (despite how good The Dark Knight is). The same feeling occurs toward the end of Hobbs & Shaw. The film runs for over two hours, but it if you remove the last 20 minutes it could’ve easily been wrapped up nicely without missing a beat.

For those looking to turn their minds off and enjoy a summer popcorn flick, Hobbs & Shaw may feel a little long, but it does the trick. However, if you’re looking for the next step in the Fast & Furious franchise, this is not it. At best the film feels more like Fast & Furious on a diet, which is a bit disappointing given the fact that neither Hobbs or Shaw will appear in next summer’s Fast & Furious 9. They could come back for F&F10, which is rumored to be the final installment in the main series, but we’ll have to wait a couple years to find out. At the very least, you might get lucky as see the surprise trailer for Christopher Nolan’s next film, Tenet, which is showing before select screenings of Hobbs & Shaw this weekend. Just make sure you stick around for the mid-credits scene before heading home.

About Hobbs and Shaw

“Night at the Museum: Secret of the Tomb” Movie Review