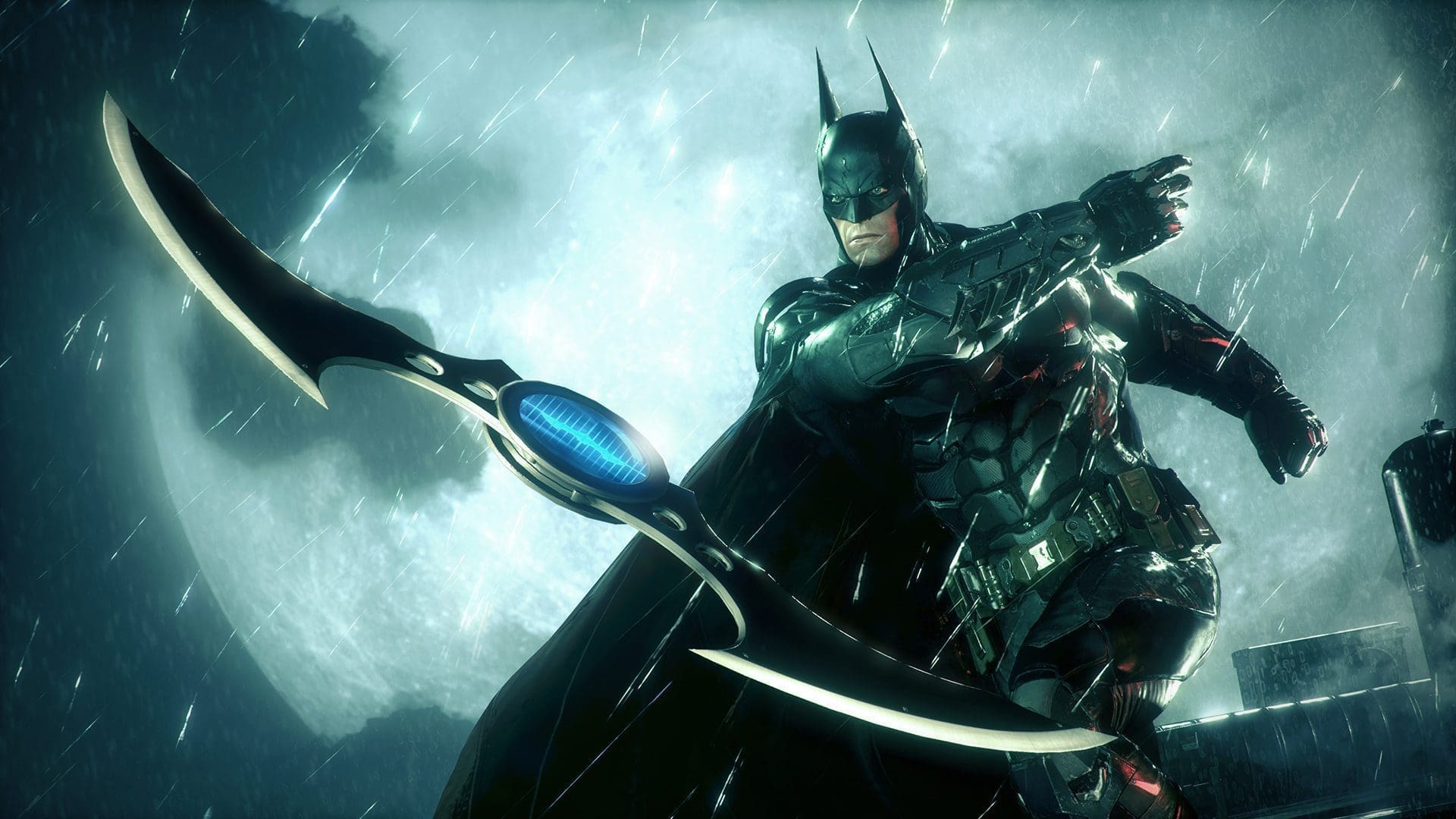 The exhilarating journey Rocksteady has led us on for the past 6 years has finally come to a close. Arkham Asylum introduced us to an incarnation of Gotham filled with rich characters, varied villains, and expansive gameplay. Arkham City took everything we loved from the Asylum and threw it in a massive prison city filled to the brim with criminals and thugs with villains around every corner. Both predecessors received critical acclaim for creative depth, impressive casts, and fluid gameplay. Batman Arkham Knight is no different in this regard, and it has upped the ante one last time.

Batman Arkham Knight opens on a rather dark note with the Joker’s body being cremated and a police officer shooting patrons of a diner after being exposed to Scarecrow’s new and improved toxin (as seen in the trailer shown at E3 2015). An ominous voice commentates, “This is how it happened. This is how the Batman died.” And Batman is in fact dead…at least the Batman we knew is dead. Although Batman famously defeats his foes without killing them, this incarnation has no such qualms. Despite the game not outright saying these thugs are dying, I highly doubt they’re surviving the shot to the face with the Batmobile’s cannon. Once you get past the initially off-putting sensation of homicide, players of the previous titles will feel right at home with the rest of the games combat. The free flow system of previous Arkham games is back: same counter mechanics, same takedown mechanics, and the same endless fun. If it ain’t broke don’t fix it right? In fact, many elements from the previous games are back and a lot of them are unlocked off the bat, no pun intended. This game is the first title that did not open with a lengthy walk sequence like escorting the Joker into Arkham Asylum or being processed into Arkham City as a newly incarcerated Bruce Wayne. Arkham Knight gets to the action significantly faster than the previous titles which is great for players like me who want to get to the meat of the game on launch night rather than just watch cinematics. Although many elements return from previous titles, Rocksteady did much more than just rehash a glorified Arkham City. Many new mechanics are introduced in Arkham City and relatively early on. Some of these mechanics I utilize as often as possible, like the new “fear” takedown that preys on Batman’s terrified foes. Other mechanics, like the Batmobile/Bat-tank add a new facet to gameplay, but I found to be overused in problem solving in what I’ve played of the game so far. Luckily, the air-glide is an equally efficient mode of transportation for players like myself who prefer to not utilize the Batmobile as often.

Despite the dependence on the Batmobile, which is still the sweetest ride in Gotham, I have no other gripes with Batman Arkham Knight. The narrative is as compelling as ever, there is an all-star roster of villains to square off against, and many friendly faces make a return such as Aaron Cash and Lucius Fox although I do wish the latter was voiced by Morgan Freeman. I typically save side objectives like the Riddler for endgame exploration, however Arkham Knight has done a stellar job thus far integrating the side missions with the main story. It is still up to the player which missions they pursue, but I’ve found most of the side missions too compelling to ignore.

Overall, Batman and Rocksteady’s last hurrah in Gotham City is a spectacular one. The narrative is top-notch, controls are already second-nature to previous players yet simple enough for newcomers to grasp with ease. The dynamic and mysterious Arkham Knight rounded up an all-star team of villains to face Batman and his equally star-studded team of heroes in the most immersive Arkham experience to date. There’s no doubt in my mind this will be my game of choice for the foreseeable future, and I highly, highly suggest you make it yours as well.