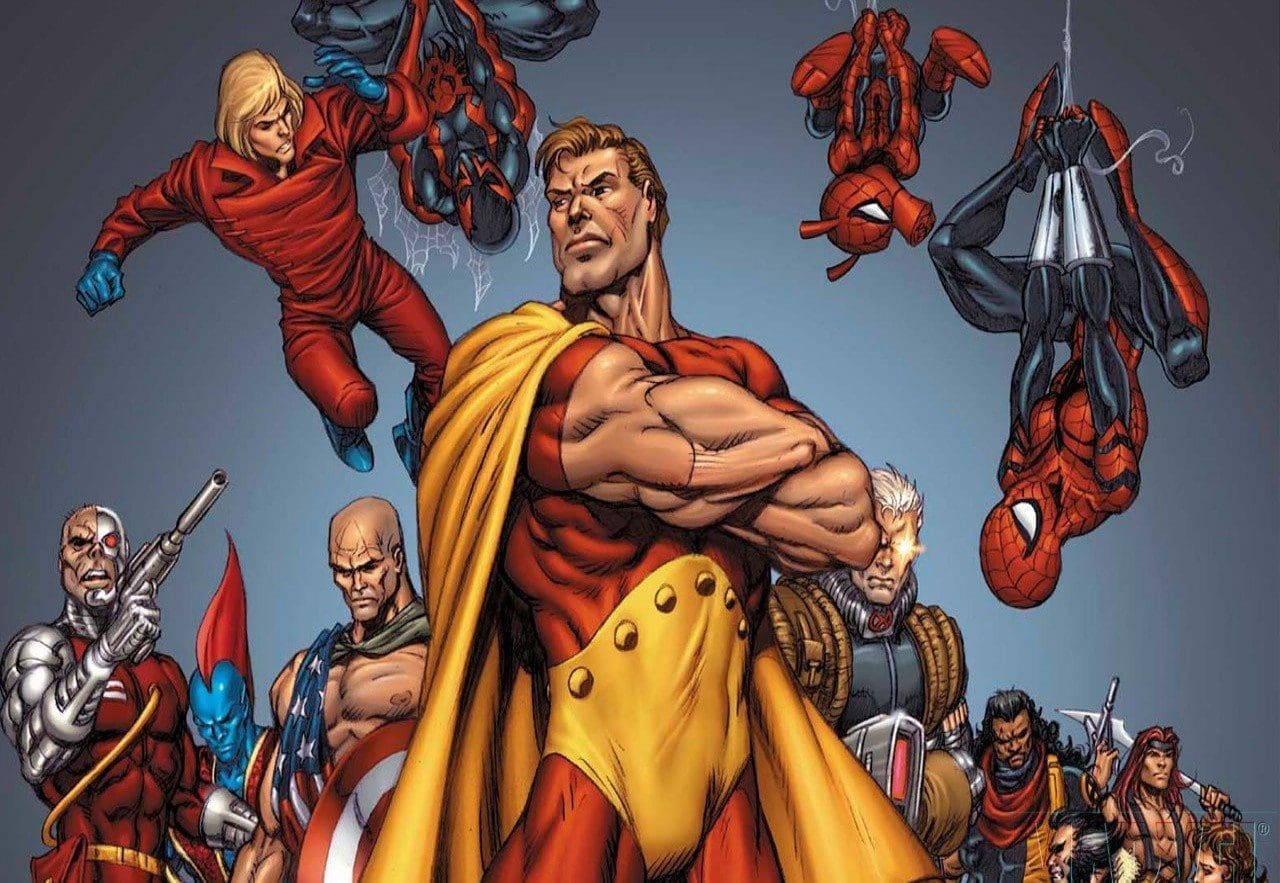 The Spider-verse and Multiversity storylines are in full swing, featuring characters from alternate universes from throughout continuity. But what about the other variant heroes that weren’t cool enough to showcase?

11. The Hulk, but he is purple and wears green pants.

10. Ghost Rider is the spirit of eco-vengeneance, and rides a recumbant bike.

9. Lex Luthor with a mullet.

8. Instead of America, Wonder Woman ends up in Northern Europe when she leaves Amazon Island, and ends up joining the Swedish Bikini Team.

7. Galactus, but he’s on the NASA payroll and only eats former planets like Pluto.

6. Nick Fury with both eyes and a hearing aid.

5. Instead of bats, young Bruce Wayne fell into a pit full of roaches.

4. Groo is created in a photorealistic universe drawn by Alex Ross, and looks just like Danny DeVito in a loincloth.

2. Superman lands in Hawaii instead of Kansas, and ends up becoming a surfer instead of a superhero.

1. Aquaman, but he is interesting and useful, and he is called Namor.