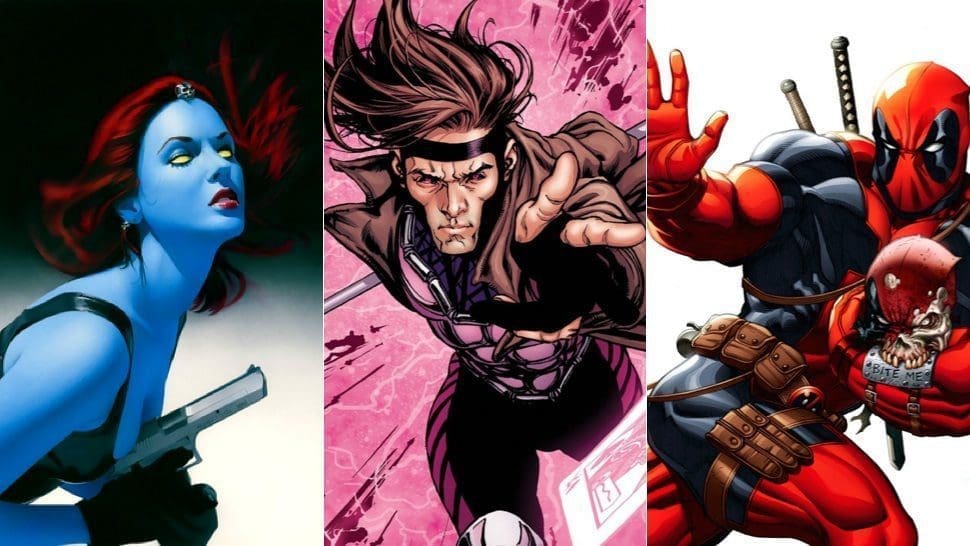 Fox has already announced that Gambit, Deadpool, and Mystique will all have future solo films, but why stop there?  The X-Men universe is incredibly deep, with many outstanding characters that could carry their own film.

11. Cypher – Who wouldn’t want to see a film about a superhero whose power is to translate foreign languages?  It will be like The DaVinci Code, only much more bland.

10. Quicksilver – A documentary about Quicksilver’s ascension as an entrepreneur in the cut-throat world of surf-wear.  A little known fact: Quicksilver is so fast that he is able to hand make every piece of clothing that he releases under the Quicksilver brand.

9. White Queen – Not actually a movie, but a 2 hour ad for Victoria’s Secret.

8. Toad – After the events of Days of Future Past, he changed his name to Frog and got together with his brother to fight vampires.  Yes, this is a Lost Boys prequel.

7. Alpha Flight – Canada’s favorite superheroes take on their nation’s greatest threat: the combined menace of Celine Dion and Justin Bieber.  Look for a cameo by Wolverine as he tries to teach these terrors how to sing while still remaining classy.

6. Storm – A new actress will be playing the role, because Halle Barry is prohibited from starring in any more superhero films after the Catwoman fiasco.

5. Cable – Cable will start his adventures three films before he is actually introduced, and none of those films will make any sense in continuity, because time travel is confusing.

4. Daken – A film about Wolverine’s son, because some day Hugh Jackman will get old, and then who will be in every film?

3. Magneto – A solo film about Magneto has been in the works for a long time, and several attempts have been made, but the tapes keep getting erased.

2. Banshee – A film about an Irish mutant that wails has already been made; it is called “Rattle and Hum”.

1. Cyclops – One of the most recognizable of the X-Men, he is also one of the most boring.  Still, a film about a hunky guy with powers who cannot emote but can certainly whine should go over great with the Twilight crowd.

First round of guest announcements for Phoenix Comicon 2015!