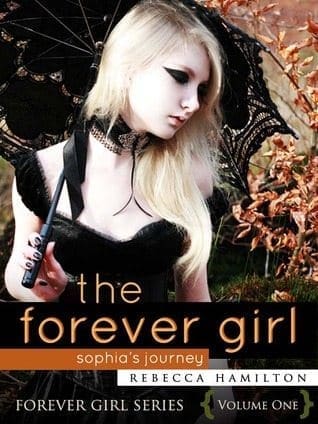 This novel is about a young girl named Sophia, and how she struggled with her curse. What started off as a hum or a whisper soon turned into loud voices that she couldn’t seem to block. She wasn’t schizophrenic, she’s a witch. But not just any old witch, she is known as a forever girl; a spirit who has been reincarnated over the centuries, without any memory of the past. Her ancestor, Elizabeth was the first true witch to be killed in the Salem Witch Trials, and because she died prematurely, her spirit lived on in the generations to pass. Ivory, Sophia’s best friend was there when Elizabeth died and had hoped that one day she would find one like her lost lover, in hopes that her guilt would fade. But she had secrets that she wasn’t telling Sophia. Ivory was a Cruor, or a vampire. She took Sophia to a place called Club flesh and had hoped that a staged attack would bring Sophia closer to her.

But the planned backfired. That night Sophia met Charles, a duel-breed in hiding. He is part Cruor and part Strigoi, or shifter. He vowed to protect her, and over time they started to fall in love. Ivory grew angry and tried to murder Charles, but Sophia stopped her. In taking away some of Ivory’s memories, Sophia learned her true nature and why she was cursed. This curse was actually a blessing; a way for her to help her friends and protect herself from the people who wanted her dead. She vowed to learn how to control her powers and help to protect Charles. With the way against the duel-breeds growing worse, Charles’ parents were arrested and thrown into cells. According to law, duel-breeds were dangerous and should die. But in this battle, a greater purpose came to light, even with the deaths of so many. Now Charles and Sophia must make their relationship work as well as prepare for the next battle.

This story was great. I couldn’t bring myself to put it down and loved reading it. Though there were a few missed words or letters, I couldn’t find too much wrong with this. I loved how the connection between the characters seemed to grow with each page and how you could feel the emotions of each character. I loved this novel and can’t wait to read more from Rebecca.

If you love Paranormal Romances and novels about the occult, then you should go pick this book up. I promise you won’t be able to put it down.

The Search For Edward Scissorhands Begins At IDW