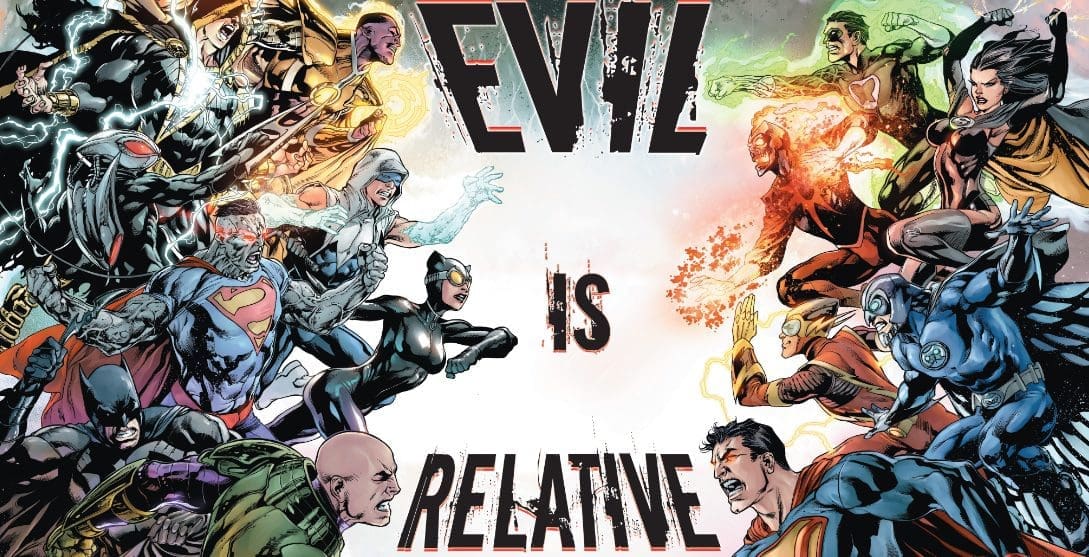 DC Comic’s latest mega-crossover, Forever Evil, is all about the Crime Syndicate of Earth 3, a planet that contains evil versions of all of the superheroes that we know and love. So far, we’ve seen villainous versions of several members of the Justice League, and an evil Alfred the butler, but what about all of the other inhabitants of the DCU?

11. Blitzkrieg Bug, who can not only break the 4th wall, but will actually rob his readers

10. Aquaman’s double The Sea King is dead, but for sea missions, the Crime Syndicate still has the Red Sharknado

9. John Istanbul is an evil magician who looks just like Stewart Copeland from the Police

7. Annataz is a wicked witch who is featured on a popular SyFy reality show

6. Lex Luthor tried to make a clone of the evil Ultraman, and the result was the kindly Normalo

4. Vibe is, in fact, his own evil duplicate

3. Matter Regurgitator Lad, from the Evil Legion of Evil in the 30th century

1. The Phantom Stranger’s deadly counterpart, who has the power to turn anything you love into garbage -The Phantom Menace

Marvel Shoots VADER DOWN for Cross Over Event!