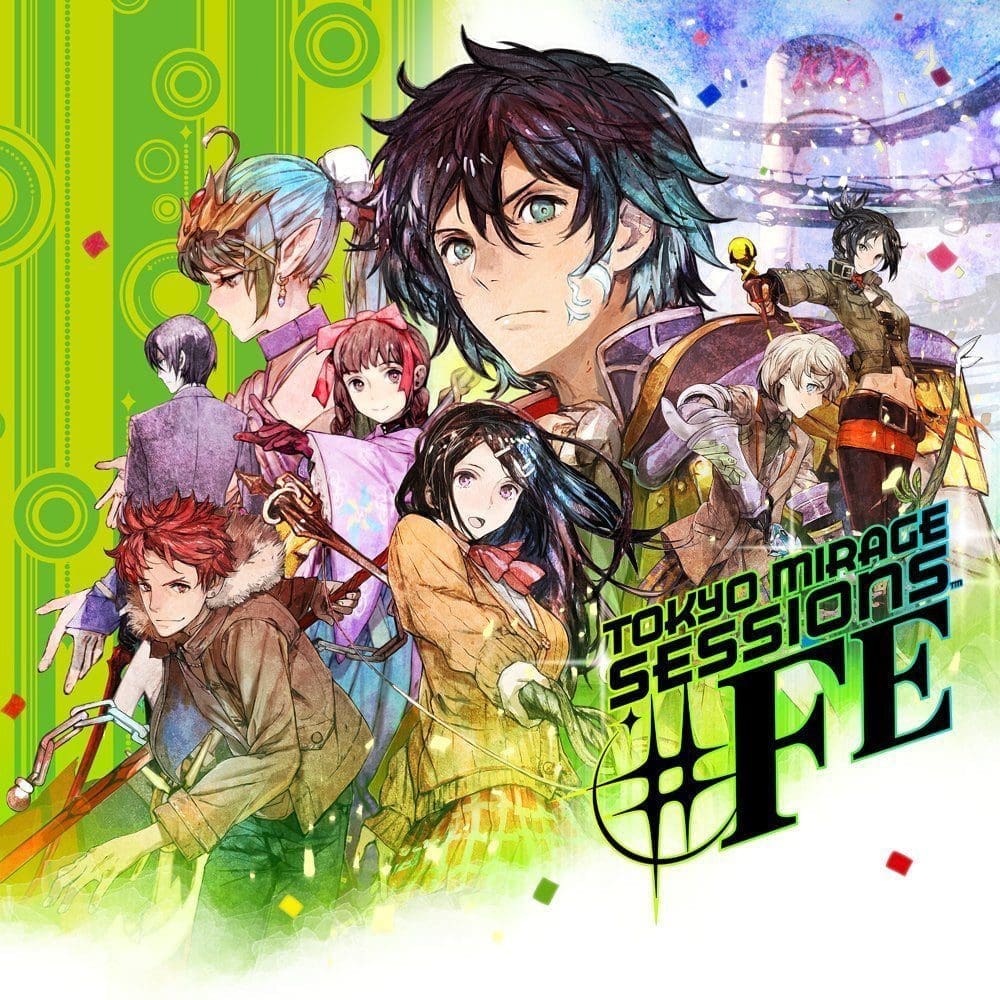 Do you remember when the first Kingdom Hearts was announced? There was quite a bit of confusion and some negative criticism when the idea of the series was introduced, combining the worlds of Final Fantasy and various Disney franchises. Many believed the crossover wouldn’t work and was a waste of time and effort, but to their surprise the game turned out to be a hit, the two worlds blending together better than expected. Three years ago, Nintendo and Atlus announced a crossover title between the Shin Megami Tensei and Fire Emblem series, the idea largely receiving the same reaction as Kingdom Hearts. The result of that announcement brings us Tokyo Mirage Sessions ♯FE, an interesting story of warriors and demons wrapped in a Japanese pop culture idol package. I don’t blame you if that sounds silly and unappealing, but if you have any interest in JRPGs and access to a Wii U don’t run off just yet. What we have here is a simple, stylish game with a surprising amount of depth.

In Tokyo Mirage Sessions you play as Itsuki Aoi, a third year high school student and all around average guy. Tsubasa Oribe, Itsuki’s friend and classmate, is currently auditioning to become an idol at a special event when the audience is suddenly attacked by mysterious creatures. Known as Mirages, these creatures feed off a type of energy called Performa, conveniently abundant in human beings, especially those with a high level of talent. After Tsubasa gets kidnapped, because of course she does, Itsuki follows her abductor through a gate to another dimension known as the Idolasphere. Upon being nearly possessed by a hostile Mirage, Itsuki discovers a power deep within himself to cleanse the Mirage of corruption, convincing it to turn to his side. Tsubasa is then saved from her own possession, the two characters enter a transformation sequence ripped straight from a magical girl anime, the Mirages turn into weapons and help the now elaborately dressed humans escape the Idolasphere. Everyone then celebrates by joining a talent agency called Fortuna Entertainment (FE) to work their way to the big stage while secretly fighting Mirages behind the curtains. I couldn’t make any of this up if I tried, folks. That is the actual setup and plot of the game and it works much better than you’d think.

After joining the agency, you’ll meet the other members of Fortuna, known as Mirage Masters, and the Mirages they’ve made pacts with who are redesigned characters from the world of Fire Emblem (the other FE). Itsuki and Tsubasa make pacts with Chrom (FE: Awakening) and Caeda (FE: Shadow Dragon). Touma Akagi, Itsuki’s best friend is paired with Cain (FE: Shadow Dragon), and pop sensation Kiria Kurono is partnered with Tharja (FE: Awakening) for instance. Series regular Tiki also makes an appearance as a support character that can teach new skills and create weapons among other things. While in the Idolasphere, the Mirages can take physical form, and as previously mentioned can also turn into weapons called Carnages to help the humans fight on the battle stage. When I say battle stage, I mean that in the literal sense, by the way.

Battles are turn-based and fought on an actual stage with up to three characters at a time, with an audience in the background cheering you on the whole time. It’s very unique and fits the theme of the game quite well, but can make the screen a bit too busy at times. You’ll have access to the usual battle commands such as attack, defend, items, escape and so on. The real meat of the battle system revolves around skills of three differing types, however. Command Skills are special attacks with a type association like sword, fire, wind, lance, or bow. Hitting an enemy with a type they’re weak against will result in more damage applied for that attack and potentially activate a special skill type (and yes, Fire Emblem’s weapon triangle does apply here for those in the know). Session Skills are attacks that the other characters in the party will instantly perform upon exploiting a weakness, leading to a combo attack. Sessions are the bread and butter of combat, and you’ll want to perform them every chance you get to do large amounts of damage and increase your chances of receiving more items and money at the end of the battle. Keep in mind, however, that sessions can also be performed on your characters and wipe out your party in the blink of an eye. Lastly, Passive Skills are buffs to your character that may give bonus damage or resistance to a certain element, or improve your chances of acting first when a fight starts for example.

Of course that isn’t everything to the combat. Special Performances are super skills that can turn the tide of battle in your favor but cost a charge of the SP gauge, a resource slowly filled by performing sessions. Ad-Lib Performances are random skills that can trigger instead of a session to attack all enemies on screen, and Dual Arts are special session attacks performed by two characters at once, doing massive damage and triggering another string of session attacks. Triggering two Dual Arts in one session is rare, but when it happens the results are insanely pleasing. On top of the battle skills are Radiant Skills, permanent passive abilities that improve characters and even change up the gameplay in some cases. These skills require a special type of Performa obtainable in treasure boxes or more likely from completing character side quests. One of my favorite parts of the game was watching the members of Fortuna train and improve in their respective fields, be it acting, singing, or modeling. The side quests are ripe with character development and usually reward you with a (fully animated) music video, commercial, photo shoot, or segment from a show, all very well done and entertaining so I highly recommend completing them all. The Wii U Gamepad is also used to great effect to develop the characters as an in game smartphone messaging app called Topic. Randomly receiving messages was oddly entertaining.

If you’re into the Persona series, Tokyo Mirage Sessions has a very similar sense of style. The game’s simple but clean graphics look nice and sharp, and the use of the color spectrum really makes the game pop (the menu screen is notably striking). The character designs and changeable outfits range from passable to impressively detailed, but it all fits within the concept. As ridiculous as the plot is, I found the idea of watching the characters grow not only in battle, but in their day to day lives a nice change of pace from the melodrama that plagues the typical JRPG. The game does have some glaring issues, however. There is no autosave feature, so if you manage to get caught in a Savage Encounter, a fight with tougher than usual enemies, you may find yourself getting wiped out before you can react and potentially lose hours of progress. And hours you will spend, as the game is bit heavy on grinding for experience due to the sudden difficulty spikes during boss battles. Seriously, save as often as you can since saving is available anywhere outside of battle. Side quests with a particular character I won’t name due to spoilers could have been handled differently, requiring you to physically speak with her multiple times instead of sending a message on Topic like literally everyone else. Lastly, I found the character Barry Goodman a bit hard to stomach and feel the story may have been more enjoyable if he showed up far less.

Overall, while it took some time for the game to grow on me, I thoroughly enjoyed my time with Tokyo Mirage Sessions. It’s a simple game with heart, an enjoyable soundtrack, and sense of style not often seen in today’s industry. If you’re into JRPGs, the Persona series, or just want to enjoy something different, I recommend you give this one a spin. I just really hope you like J-Pop.

Tokyo Mirage Sessions ♯FE is available for Wii U. 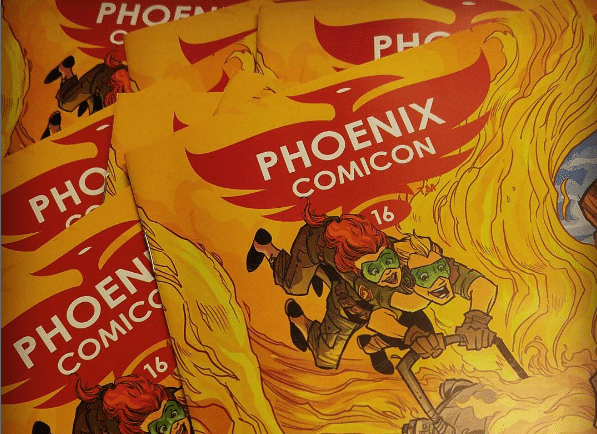