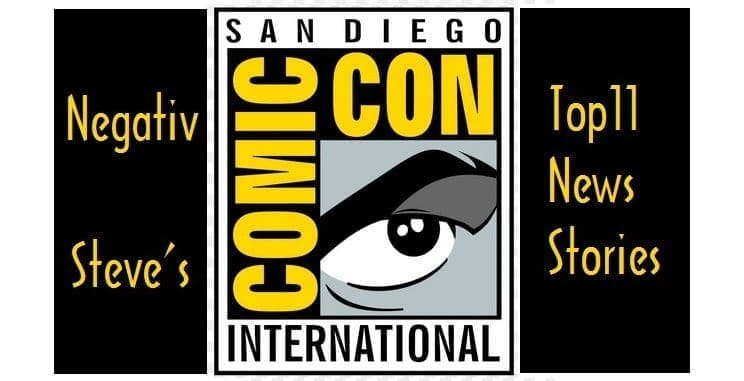 San Diego Comic Con occurred last weekend. For those of you not familiar with ComicCon, it is like the Bilderberg conference for nerds, where the agenda of the Secret Masters of Fandom is plotted and revealed to an unsuspecting world at large. Here are the 11 biggest news items to come out of the event and rock your dorky little world

11. To show their commitment to diversity, the producers of Ender’s Game added a scene where Harrison Ford totally makes out with a dude

10. SDCC finally gets to flip their “Years since last death” sign to 1

8. SyFy channel announced that it would dedicate itself to bringing classic science fiction to the screen, starting with an adaptation of Isaac Asimov’s classic “Foundation” trilogy. Haha, just kidding, they’re doing a Sharknado sequel

7. Marvel announces that it will be going even deeper into the longboxes for its third wave of films, announcing Tigra, Triathalon, and D-Man movies

6. Fights broke out at the Twilight Fan Fiction panel between Team Cliche and Team Hackneyed

5. Geoff Johns announced that he will be moving forward on a big-budget Aquaman movie, and was promptly lynched

4. Godzilla will fight another monster in his upcoming film… the Staypuft Marshmellow Man

3. DC announced that Henry Cavill will return to the role of Superman in the upcoming Superman & Batman live action film. Christian Bale will not be returning as Batman, so they cast popular actor and filmmaker Tyler Perry

2. Avengers 2 will be subtitled Age of Ultron, but will not be the same as the Age of Ultron storyline from the comic books. Also, the Dr. Strange movie will be about Luke Cage.

1. A World of Warcraft movie was announced, but too many people were watching the preview simultaneously and the theater crashed.